UGG®, a division of Deckers Brands, unveils their second UGG® Collective campaign for Fall/Winter 2017. The global marketing program features a cast of real Californians. The iconic lifestyle brand continues to celebrate its uniqueness and elevated position by featuring personalities who highlight the diversity and spirit of the brand. The campaign stills and videos will live globally in digital, print and UGG® store window displays. 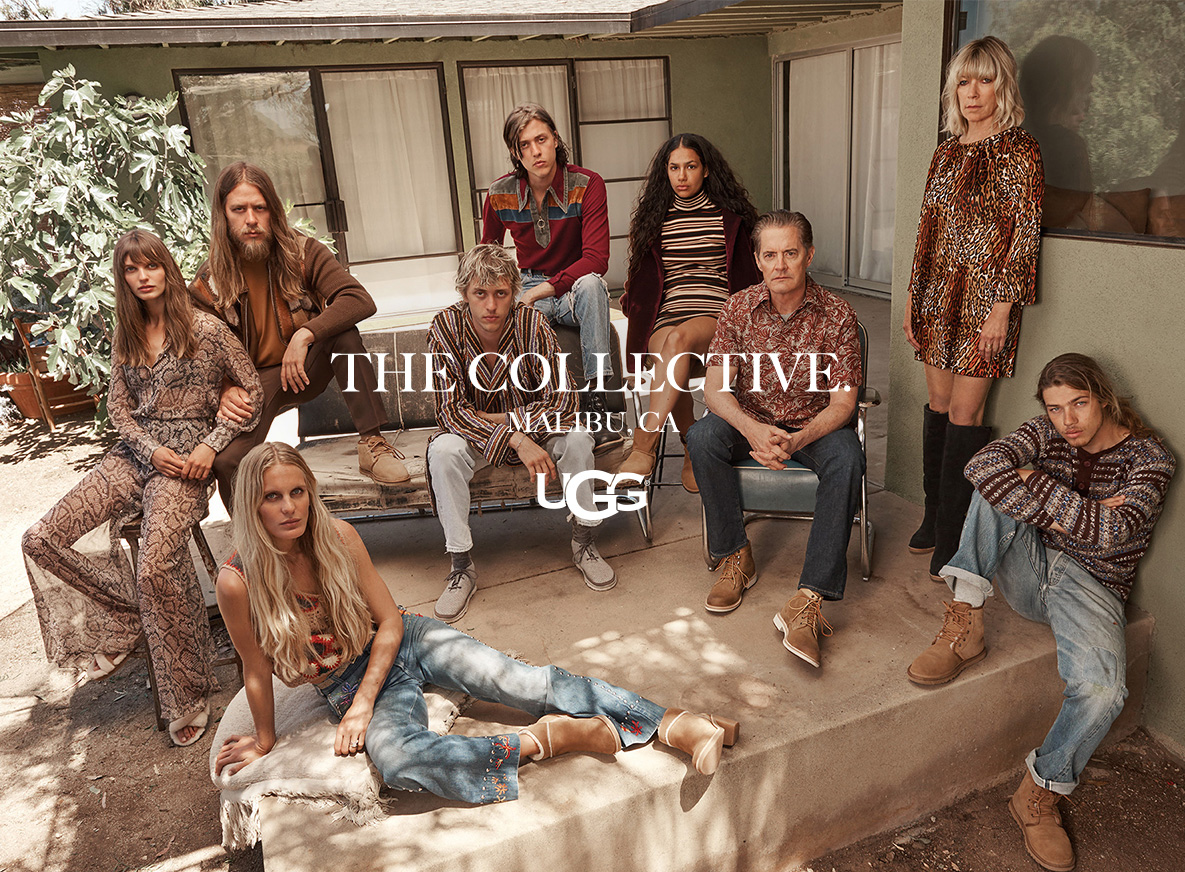 The cast consists of Californian photographers, musicians, actors, artists, surfers and skaters. Like UGG, they are provocative, progressive, free-spirited, sensual, optimistic and warm. 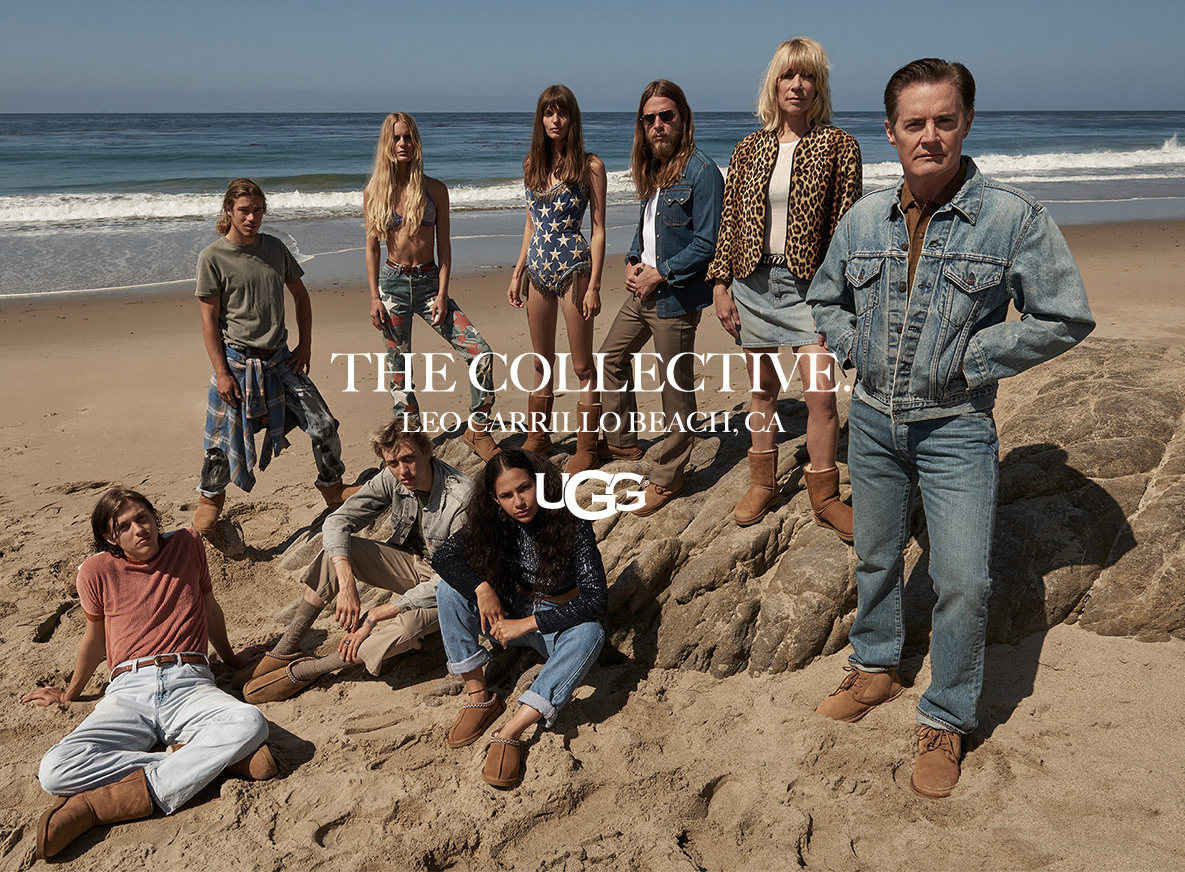 Each season, UGG selects new groups of unique individuals to represent the brand and in telling their stories, the brand tells theirs. 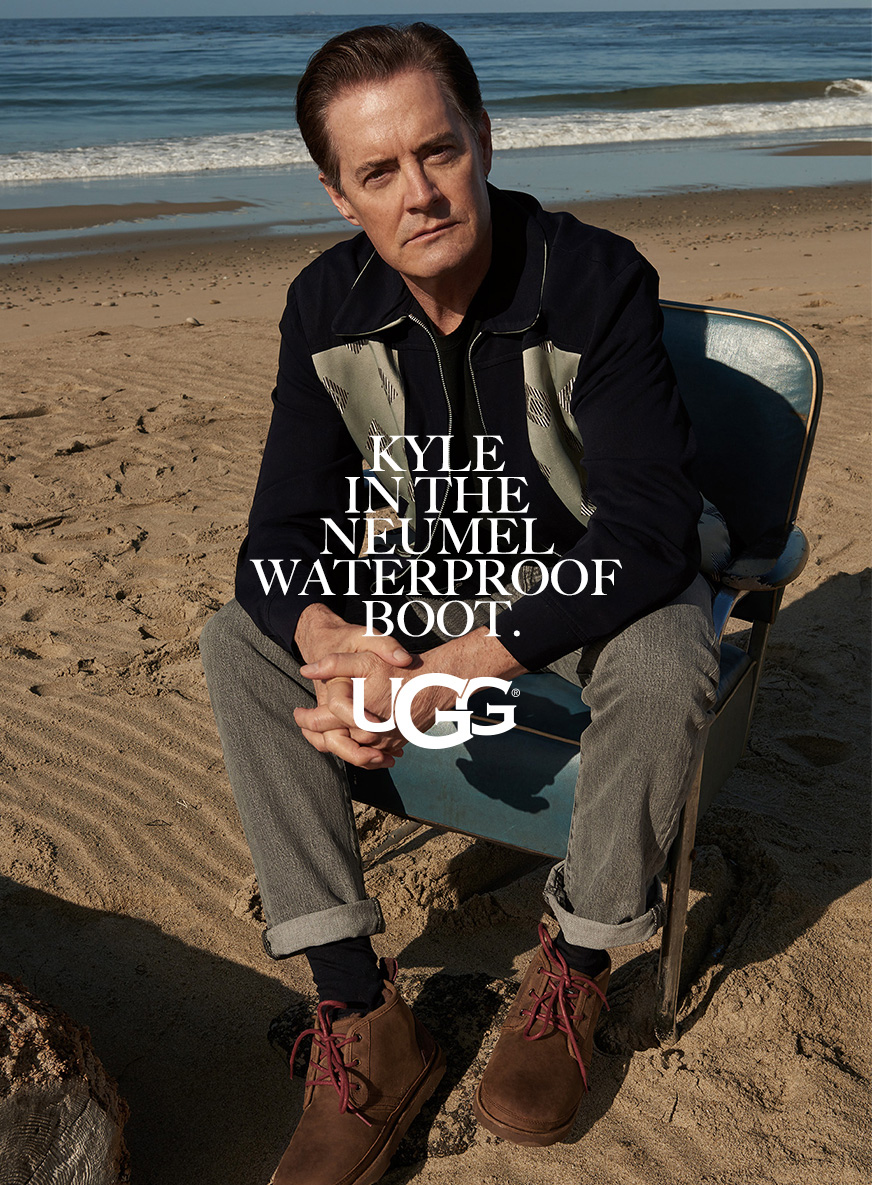 Kyle MacLachlan is an award-winning actor best known for his role as FBI agent Dale Cooper in David Lynch’s groundbreaking series Twin Peaks. Not one to be pigeonholed into a single role, he spends his free time perfecting the art of wine-making on the West Coast. 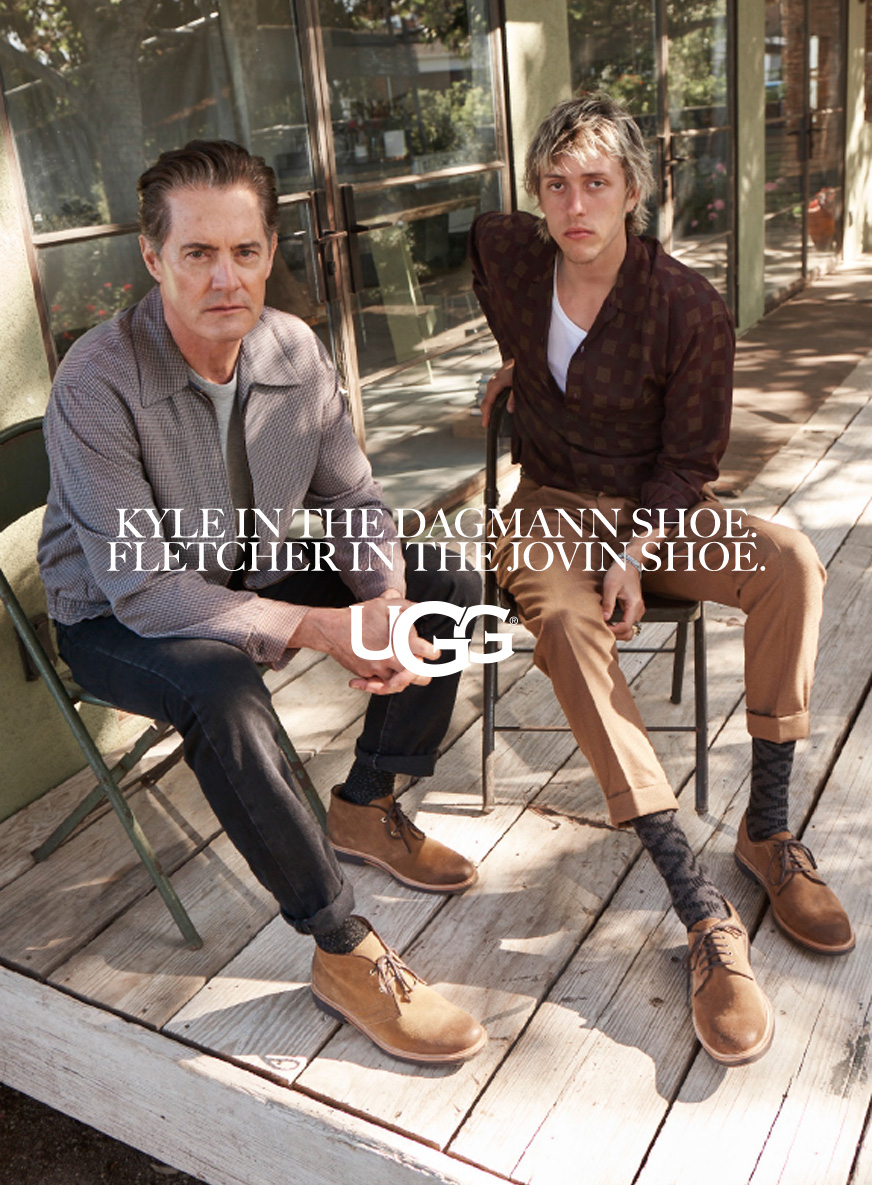 Kim Gordon is the co-founder of the iconic rock band Sonic Youth whose progressive approach to music and bold attitude carved her a place in rock history. Today, she lives in LA and continues to defy convention through music, visual art and writing. 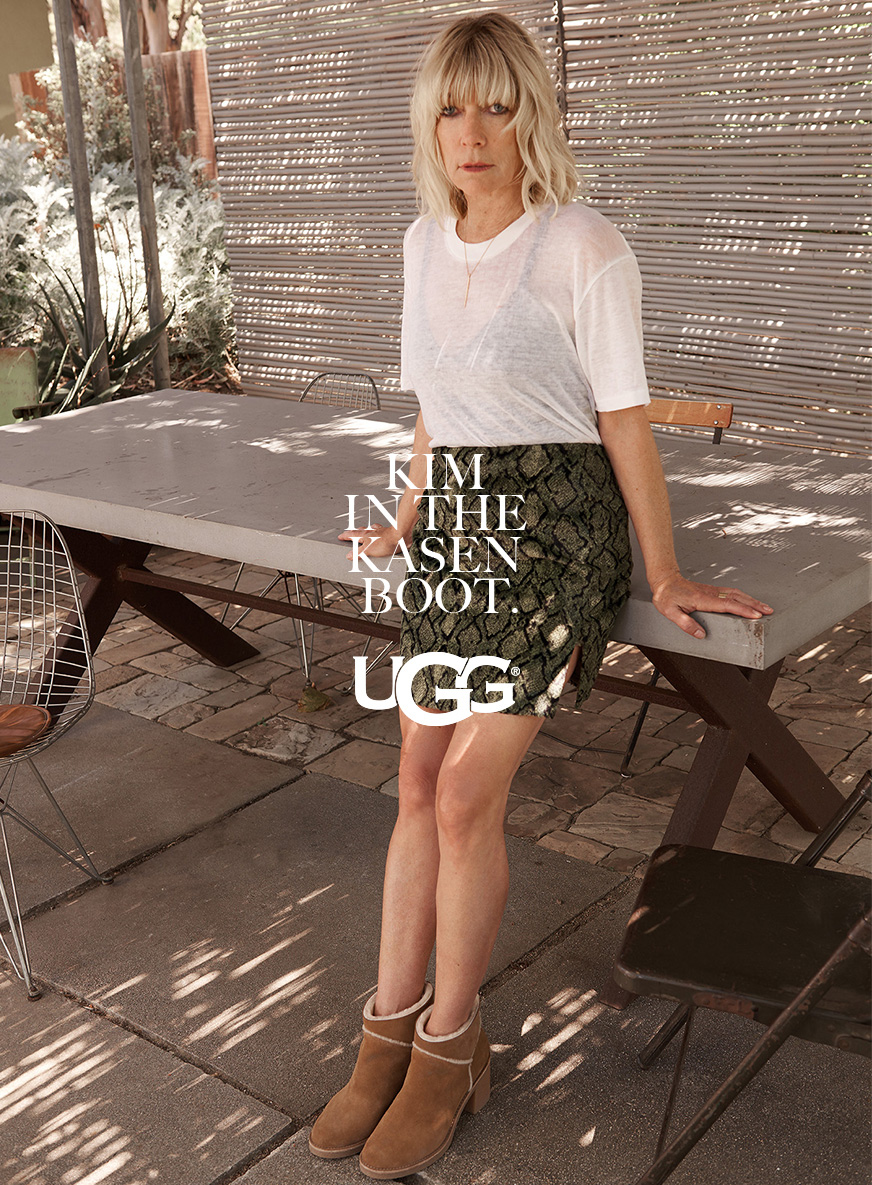 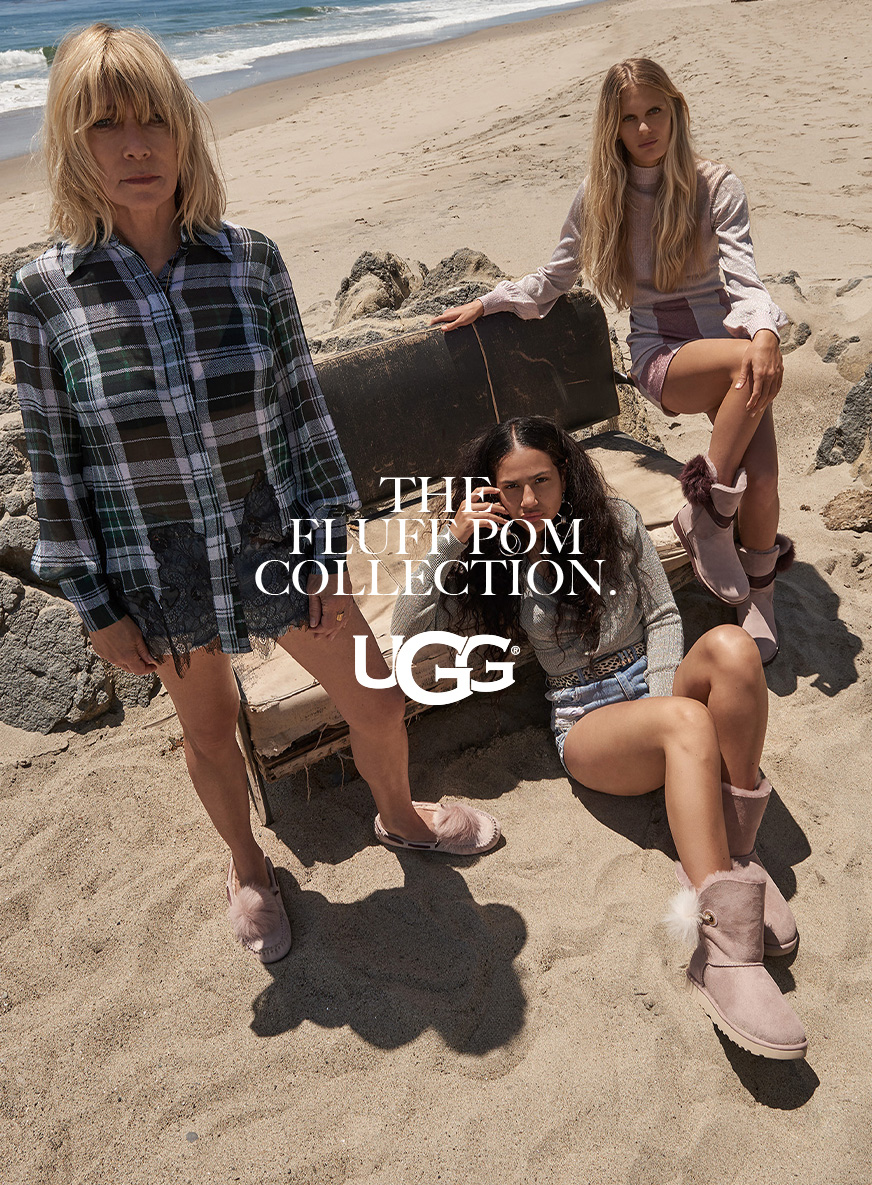 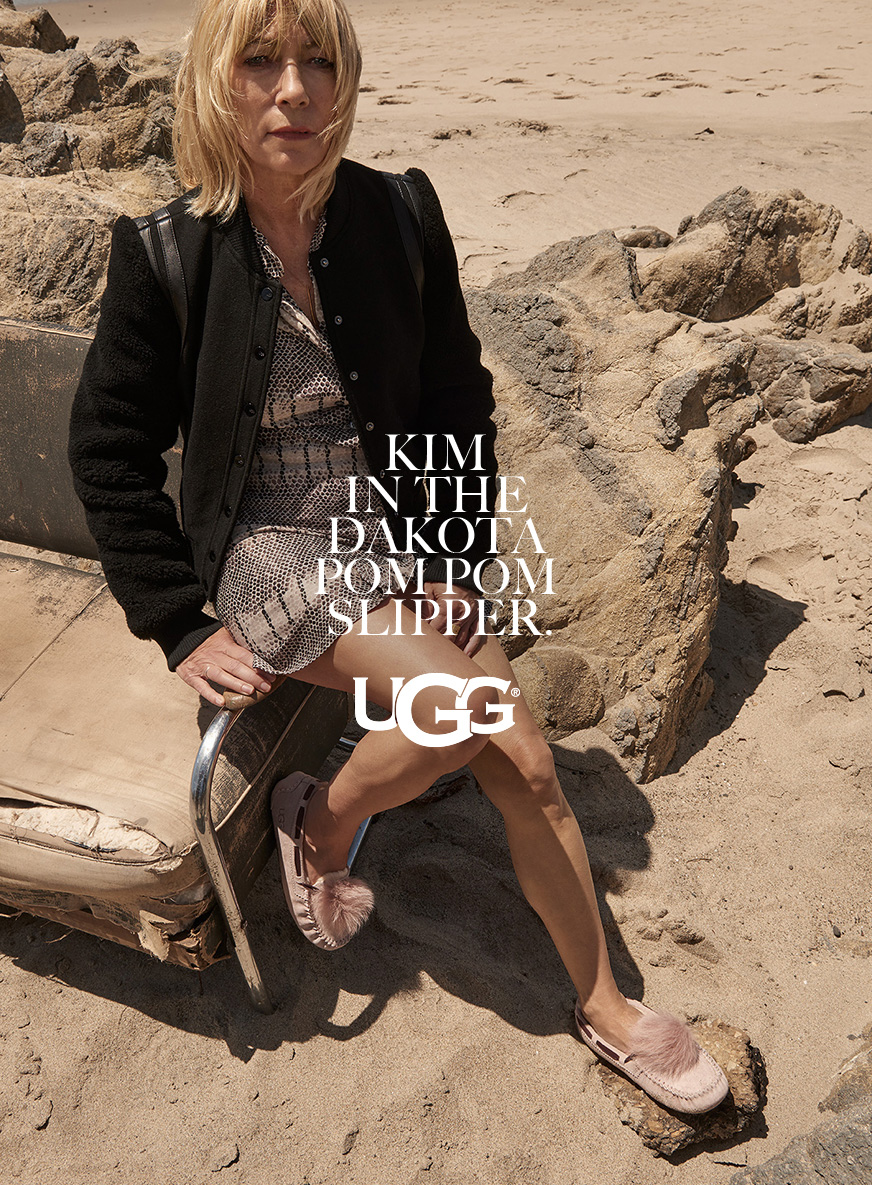 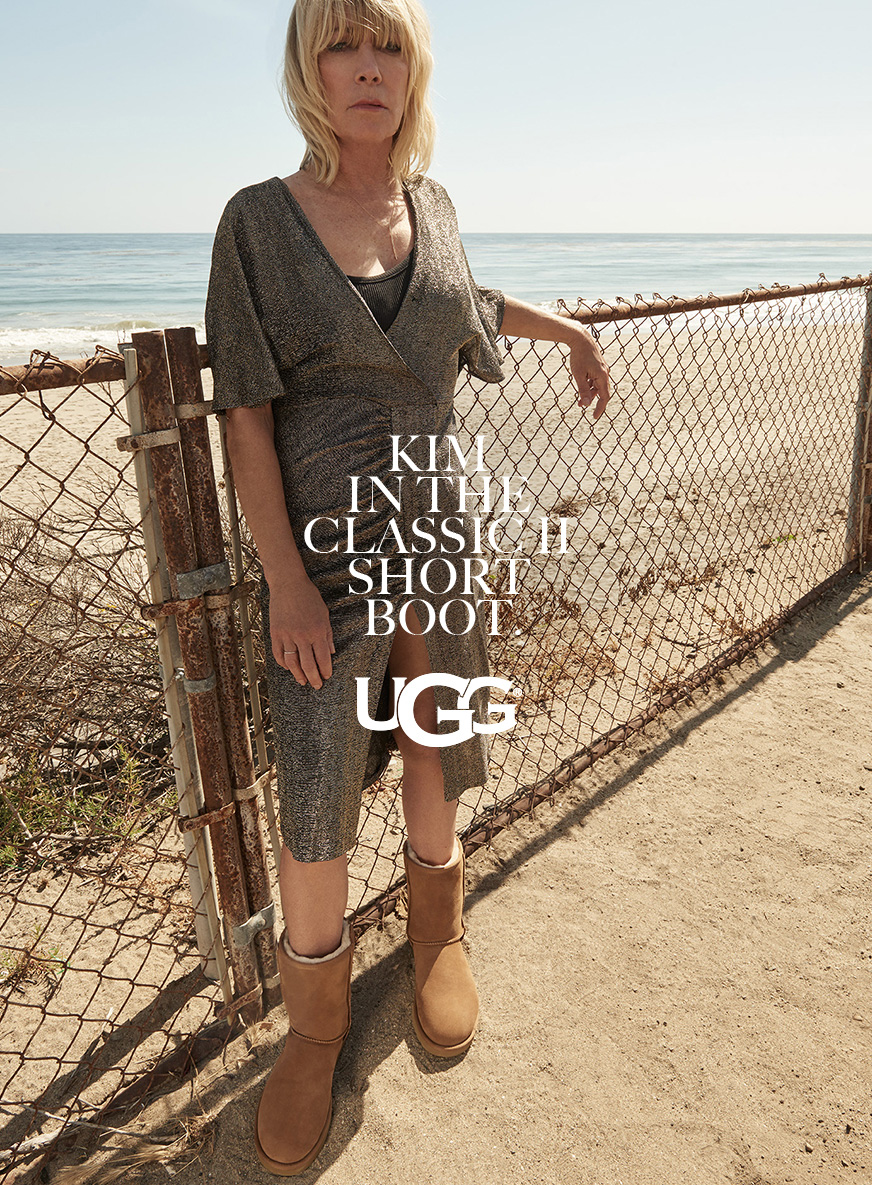 Uzumaki Cepeda is an LA-based artist whose installations inspire an unconventional approach to art. Provocatively reworking everyday objects through sheepskin and faux fur, her work encourages people to be more open-minded and see things through different perspectives. 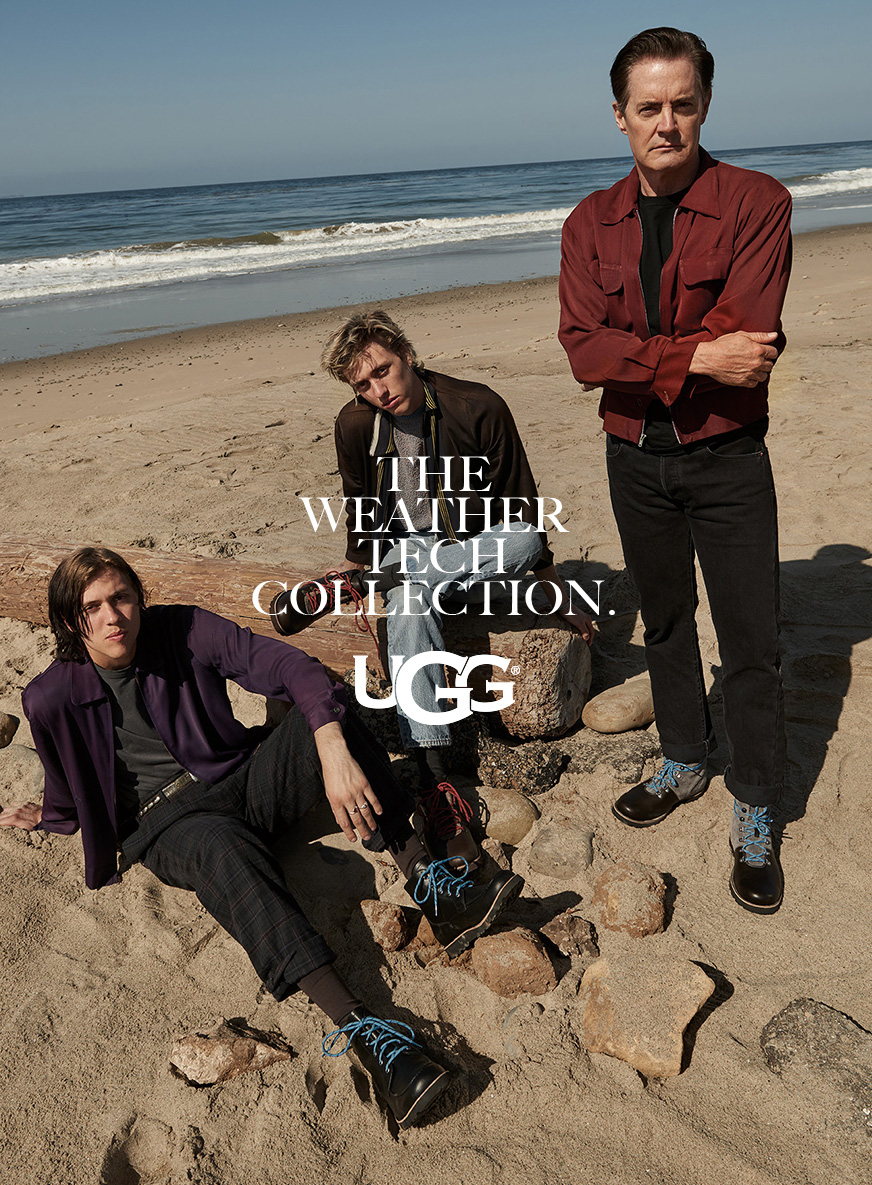 Fletcher Shears is a musician who has always had his own style – disregarding gender binaries and simply choosing clothes based off of what appeals to him. As the drummer of the Orange County-based band, The Garden, Fletcher reflects his individuality in all his performances, which he self-describes as nightmarish yet oddly attractive. Wyatt Shears is the bass player and vocalist of the Orange County-based band The Garden. His outside-the-box creativity allows him to blend philosophy with music to reshape the sound of California punk and deliver a sonic experience that emanates his own West-Coast lifestyle. 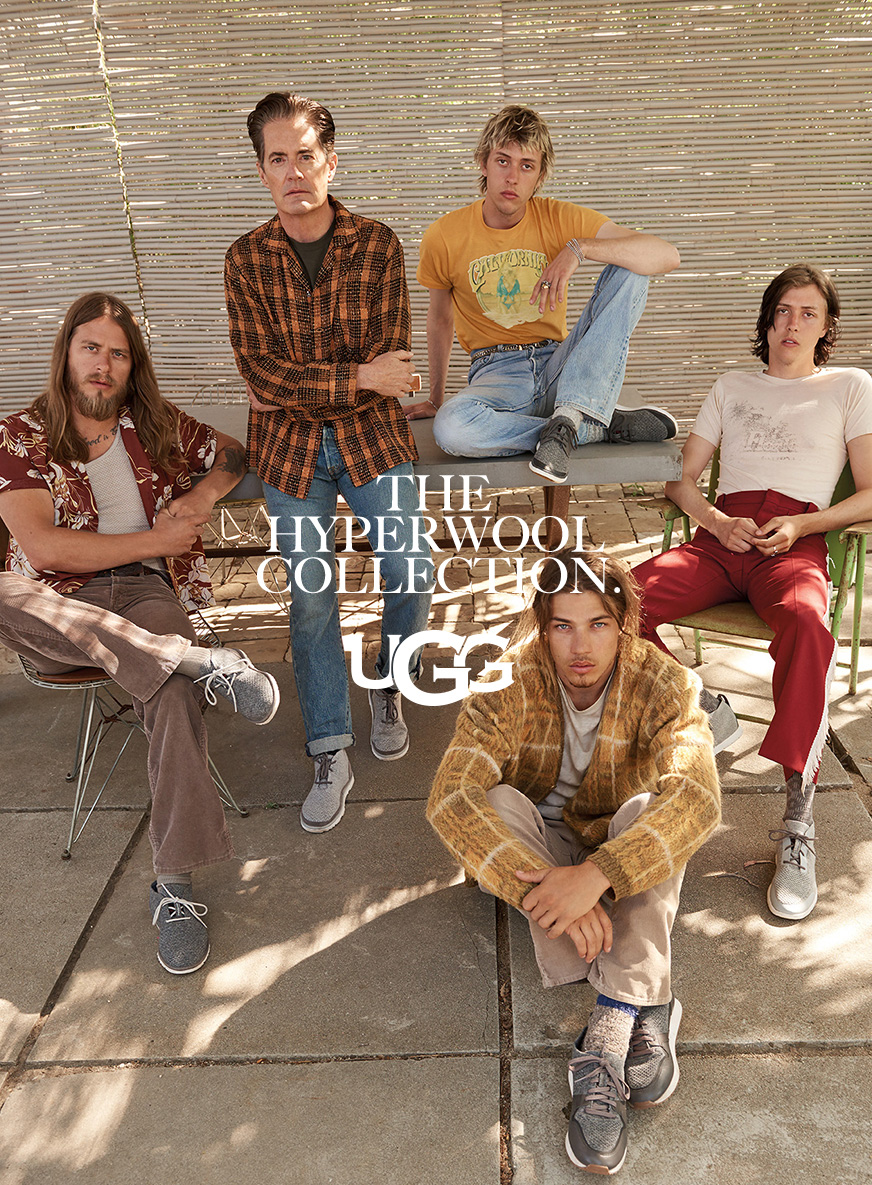 Zackery Michael is a photographer who possesses a free-spirited sense of adventure that has taken him and his camera from the mountains of Myanmar to the runways of New York City to the glamorous hills of Hollywood. His photos capture the unique beauty of life under the sun. Hanalei Reponty is a businesswoman, surfer and model who learned how to swim before she could walk. Starting her career as a professional surfer, she has since combined her knowledge of the sport with her entrepreneurial spirit to launch a successful surfwear line that celebrates the simplicity and freedom of life by the beach. 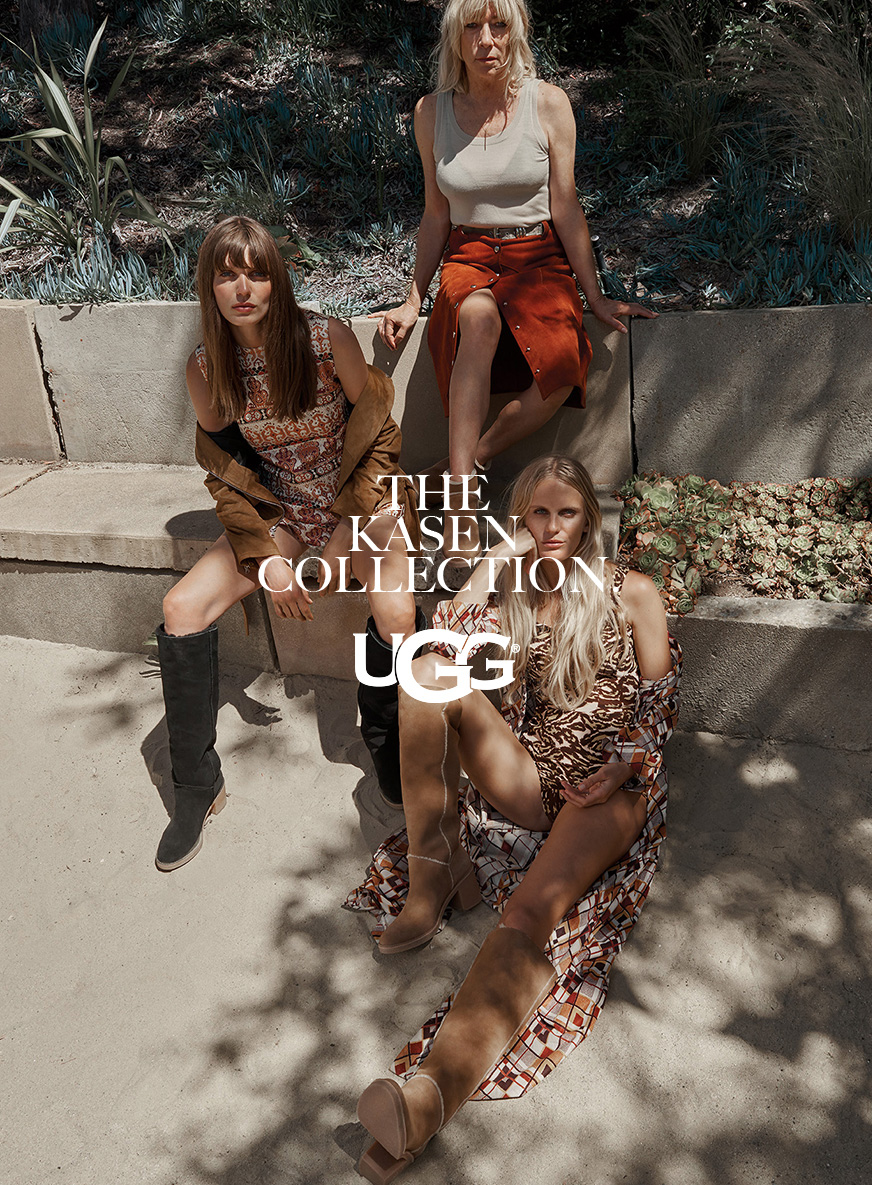 Lola McDonnell is a fashion model with a wild heart that leads her on many sun-dappled adventures across the world. Her warmth, energy and spontaneity truly embody the California lifestyle. Daniel Hivner is a model born and bred in Southern California. His high-spirited optimism brings him on never-ending adventures across mountains and sunny beach-city streets. The UGG® brand continues to celebrate its unique culture in its Fall/Winter 2017 campaign through the UGG® Collective in iconic California places. From majestic mountains and wild woodlands, to buzzing cities and quiet beach towns, California represents an eclectic paradise that brings together people from all across the world. For their new campaign, UGG® and the cast traveled across the state, finding locations that represent the culture of the brand and California alike. The brand campaign was shot by photographer Frederic Auerbach and videographer Kauai Moliterno and produced by HDF.LA under the creative direction of Jessica Wells. The cast was achieved by casting director Shay Nielsen, and came to life with the help of wardrobe stylist Kate Ruth, hair stylist Gio Campora and makeup artist Katey Denno. The locations were given the right amount of flair and detail with the assistance of prop stylist Robert Sumrell. Indie rock band Cold War Kids provided the soundtrack for all of the brand campaign videos.

Founded in 1978 by an Australian surfer on the coast of California, UGG® is a global lifestyle brand renowned for its iconic Classic boot. First worn by Hollywood royalty, fashion editors and then the world, UGG® designs and retails footwear, apparel, accessories and homewares with an uncompromising attitude toward quality and craftsmanship. Delivering more than $1 billion in annual sales, UGG® partners with the best retailers globally and owns over 130 concept and outlet stores worldwide in key markets including New York, San Francisco, Los Angeles, Paris, London, Tokyo, Shanghai and Beijing.