designjunction has been awarded the title of BEST UK TRADESHOW (2,000 – 8,000sqm) at this year’s AEO Excellence Awards 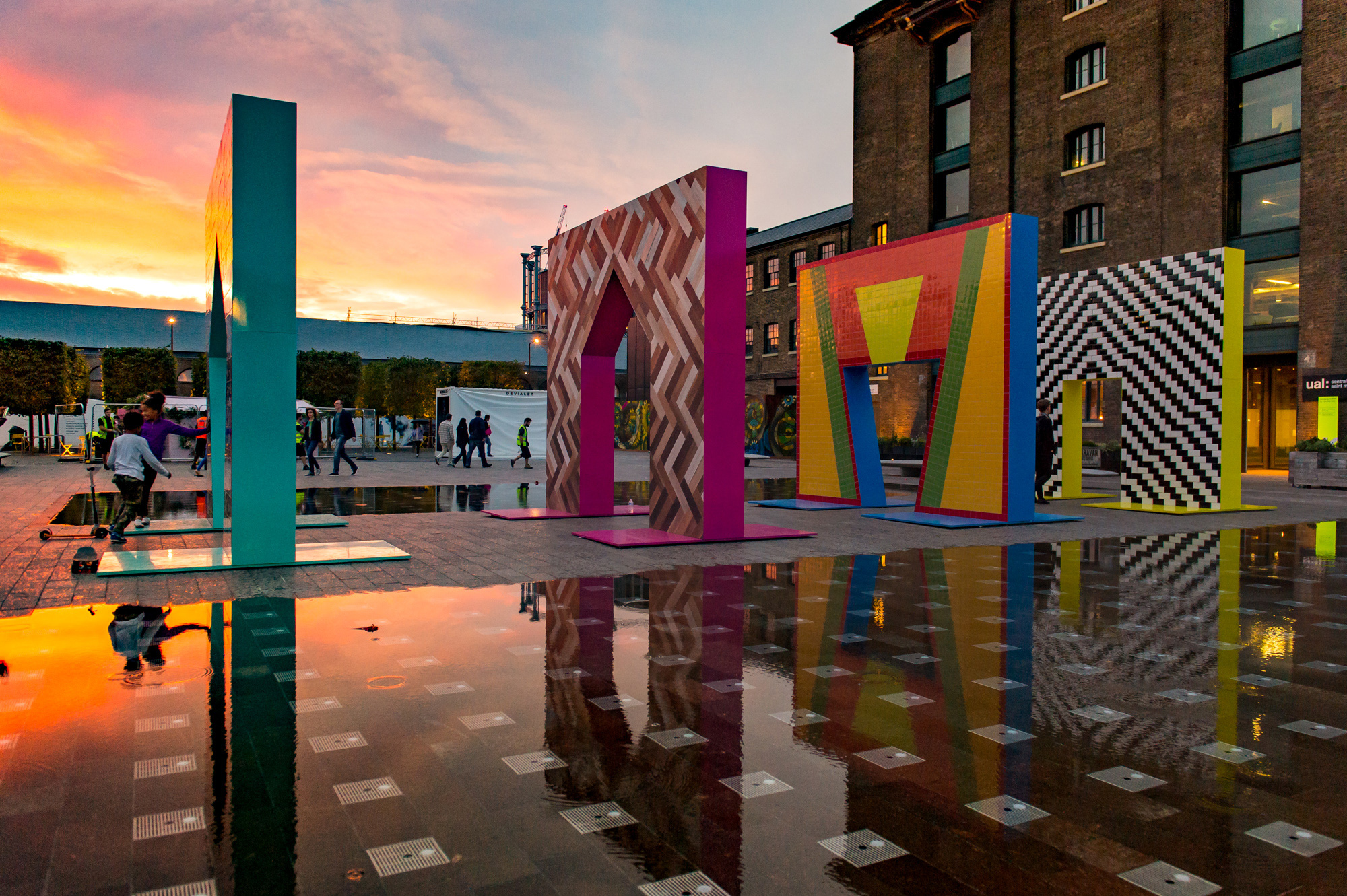 The awards, hosted by the Association of Event Organisers, was held last week and 1,200 industry professionals attended the ceremony acknowledging and rewarding the UK events industry for excellent products and business performance over the past 12 months.

designjunction, which took place at King’s Cross last year, has been awarded for its outstanding and unrivalled contribution to the exhibition industry and for organising one of the most exciting and engaging events of cutting-edge contemporary design, attended by more than 28,000 international visitors. 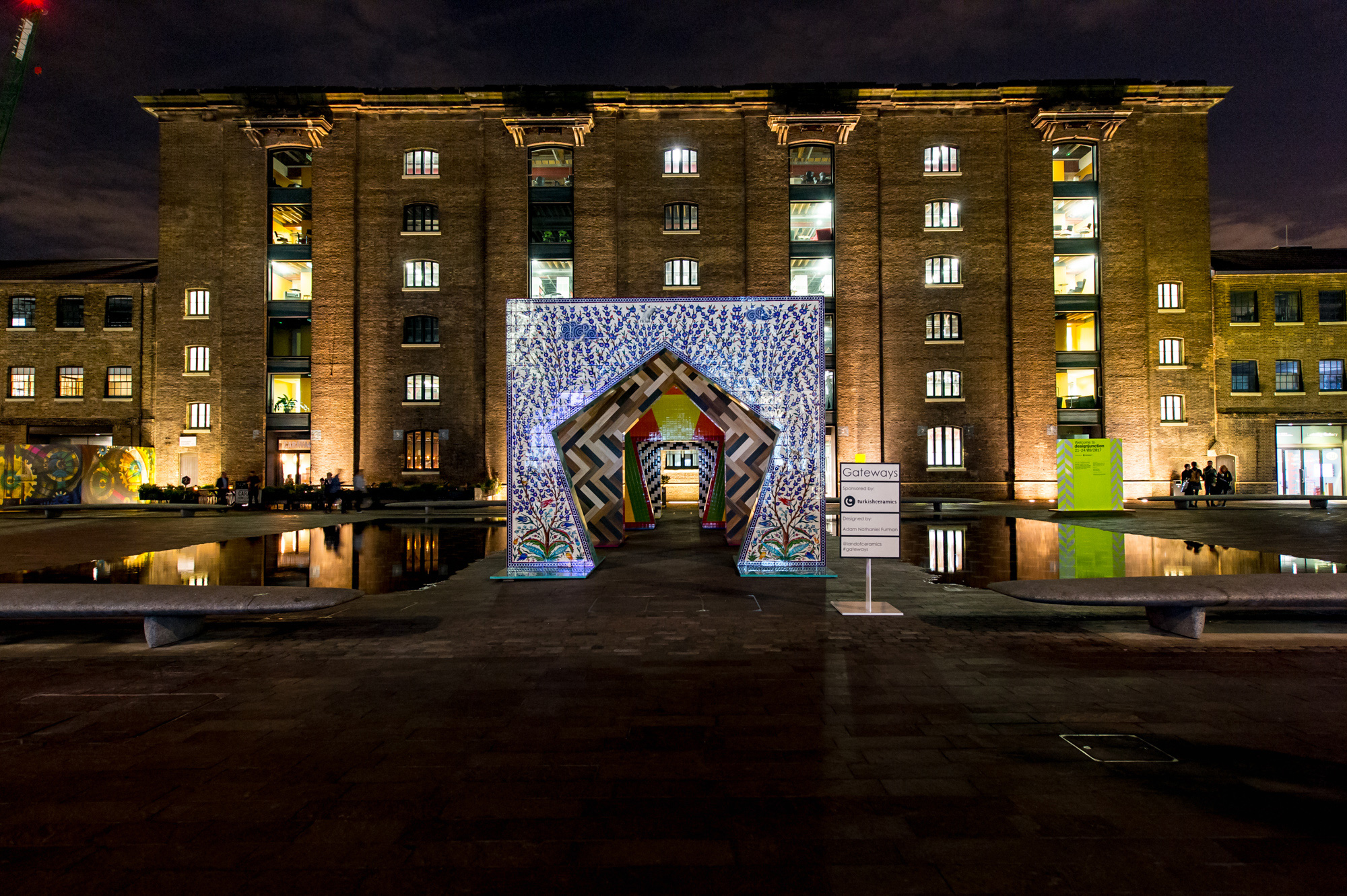 Above: designjunction 2017 – Turkish Ceramics commissioned Adam Nathaniel Furman as the designer of ‘Gateways’ on London. 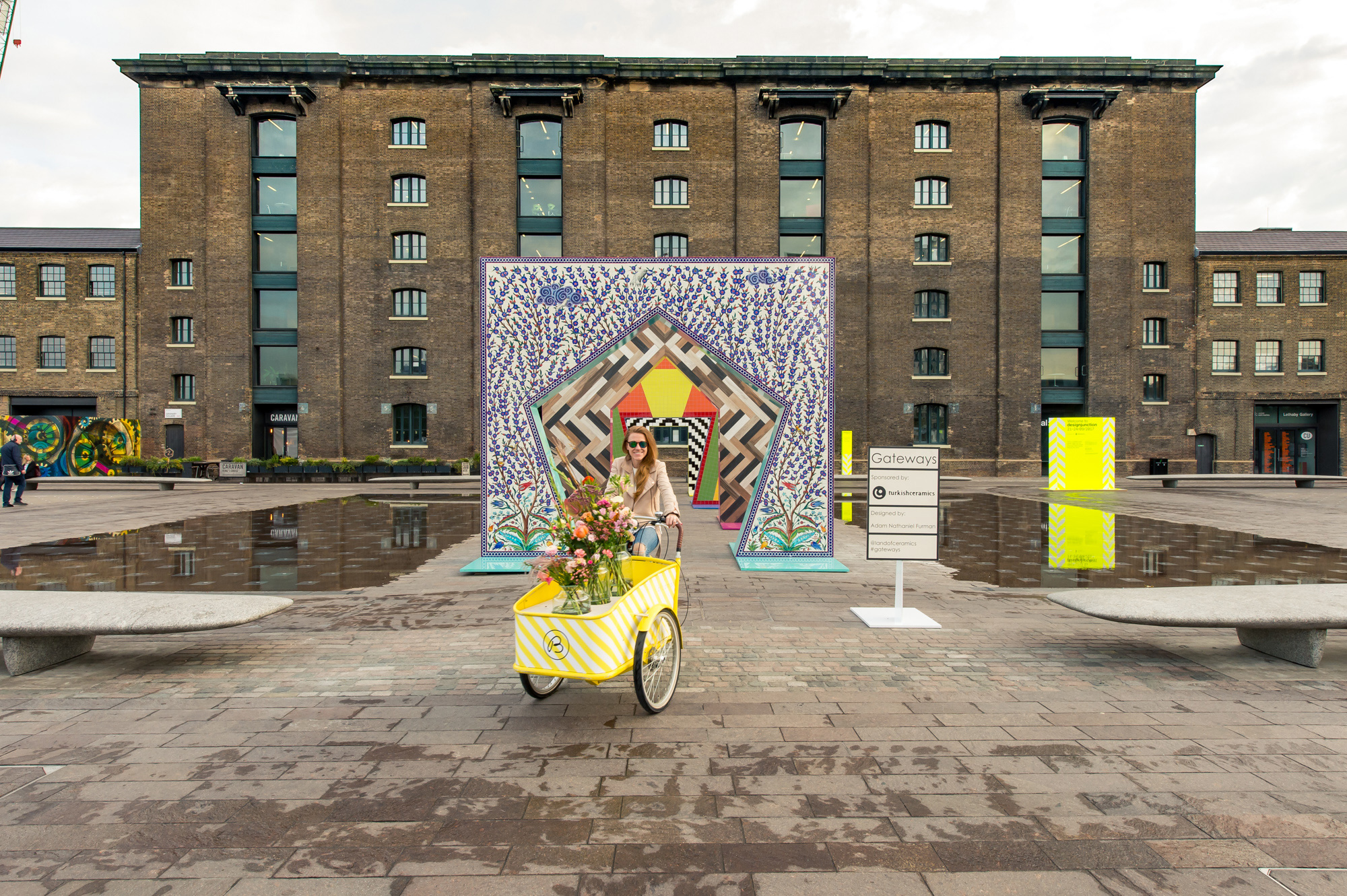 The judging panel commented “designjunction combines an innovative use of space with experiential activations and tailored channels of engagement for visitors which have all contributed to a unique experience.” 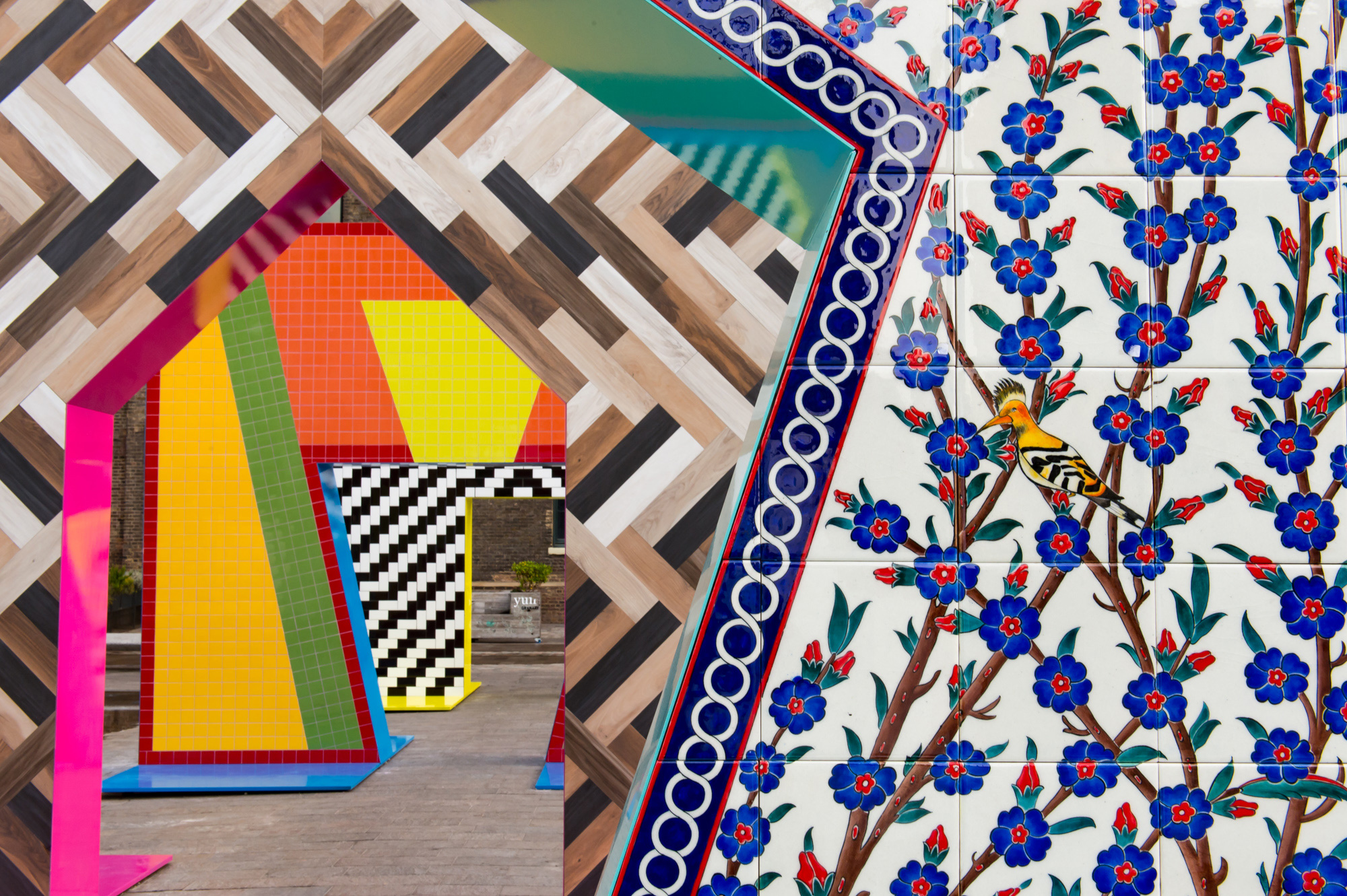 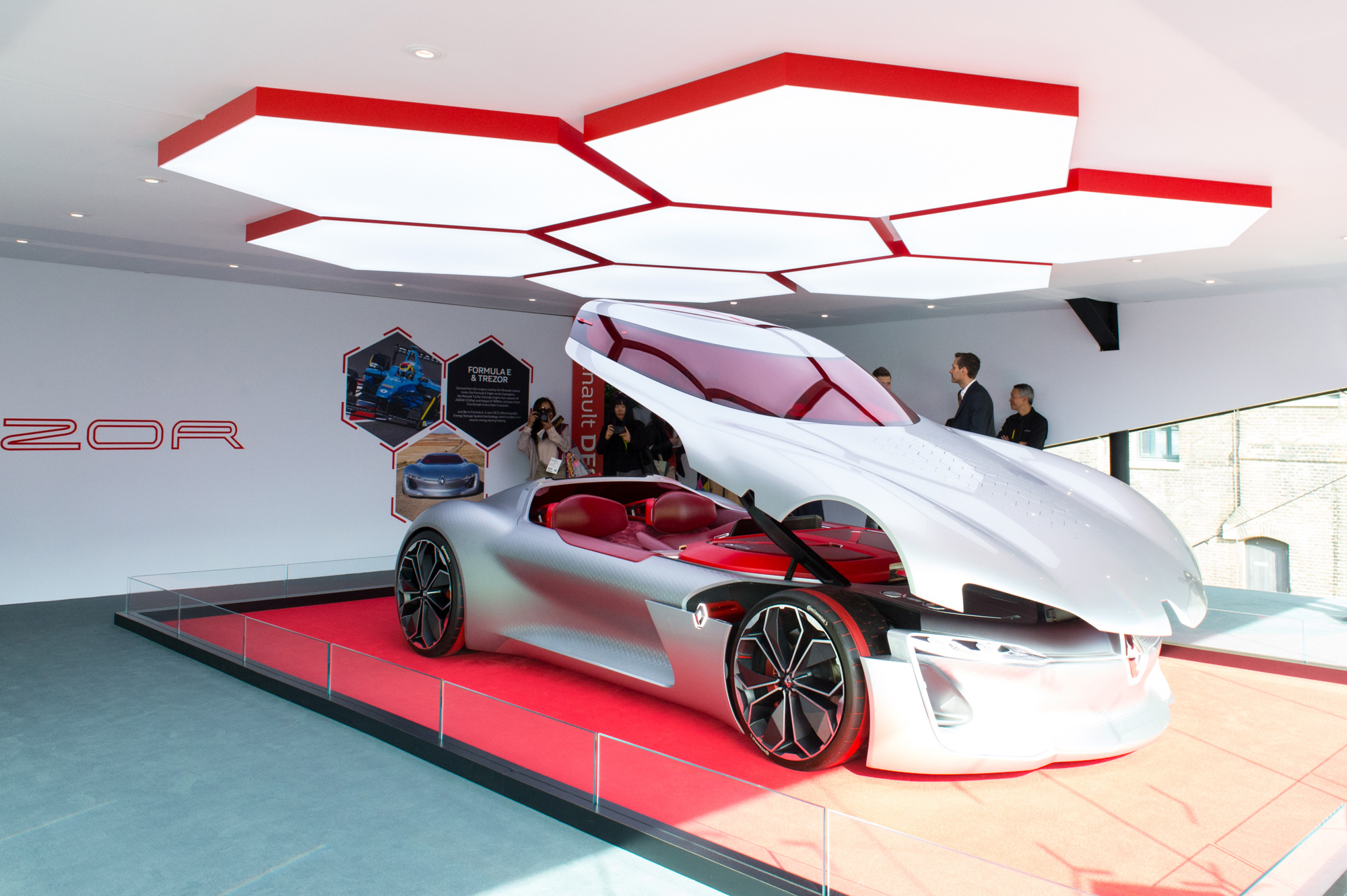 This is a fantastic achievement for the show which couldn’t have happened without the support, energy and commitment from the team, our partners and exhibitors. We remain fully committed to breaking the mould of traditional trade shows to showcase world-class design within exciting and ambitious locations, creating a truly unique experience for visitors to the show. 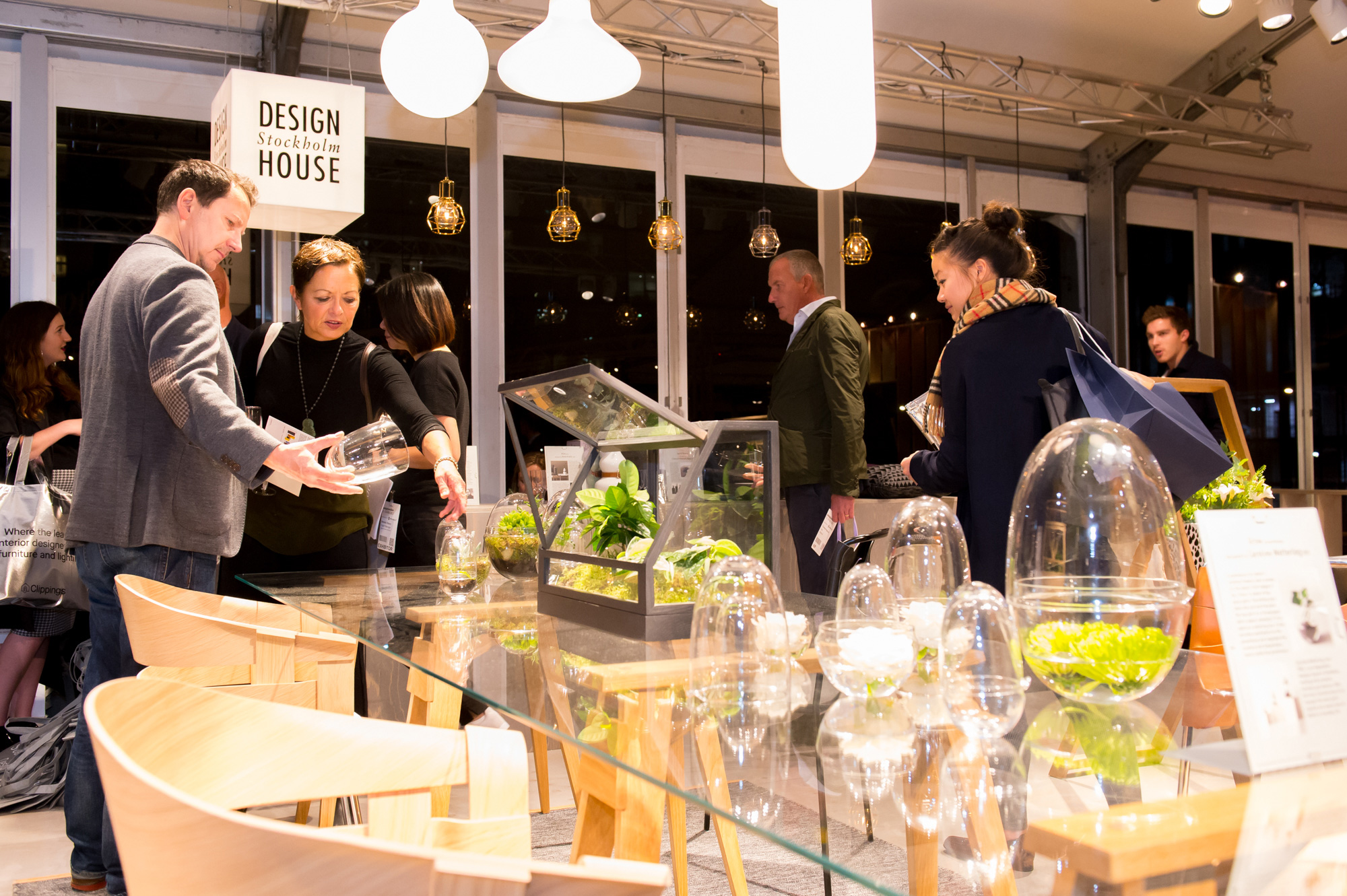 designjunction (20 – 23 September), now in its eighth year, will take over the creative and cultural South Bank this year in September for the annual London Design Festival (15 – 23 September) showcasing more than 200 global brands across multiple locations. 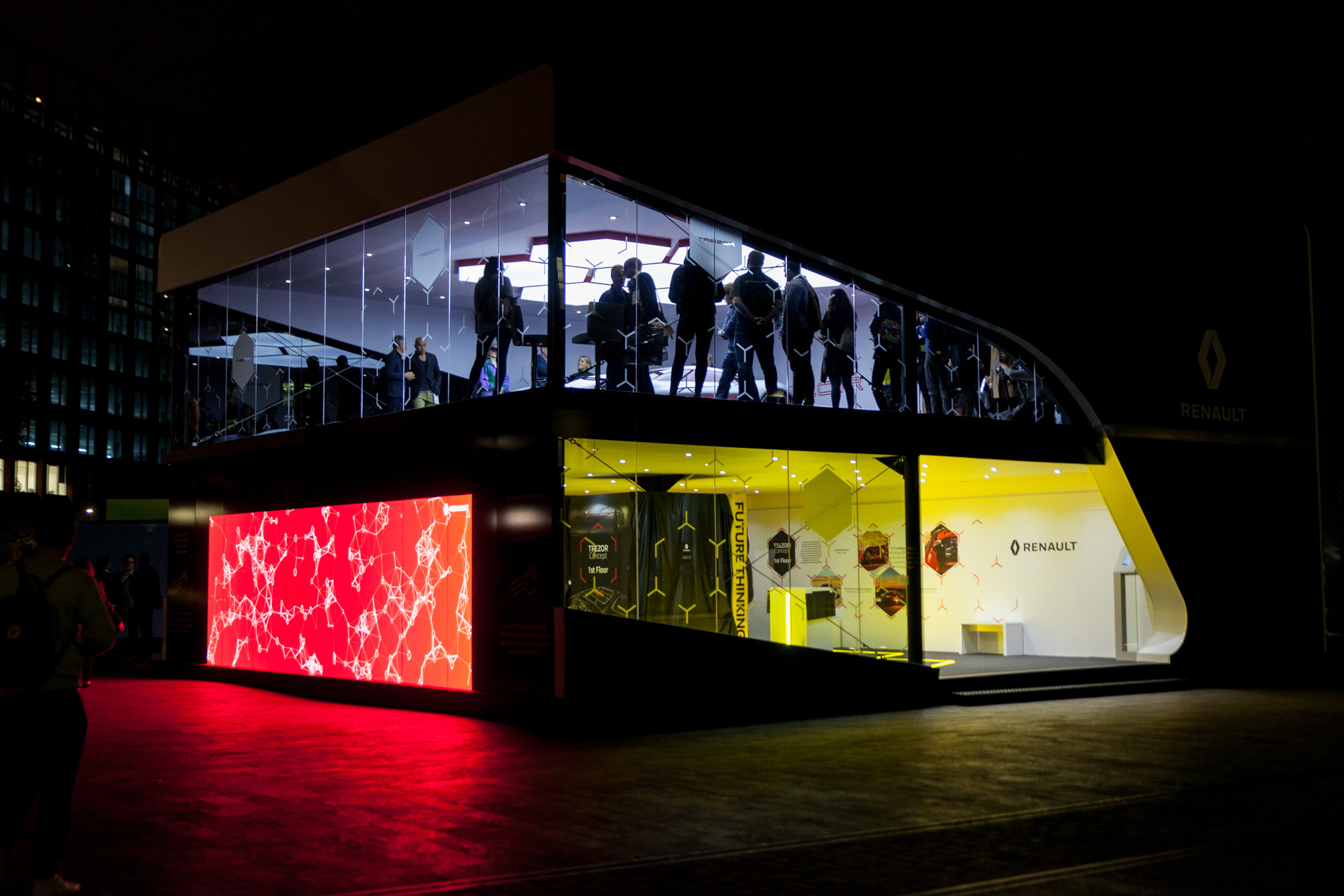 designjunction will present a stellar line-up of UK and international brands – both established and emerging – showcased across three key venues including the Doon Street site (furniture, lighting and retail), Riverside Walkway (outdoor installations) and Oxo Tower Wharf (exhibitions and experiential events), all of which are owned and managed by Coin Street Community Builders (CSCB). 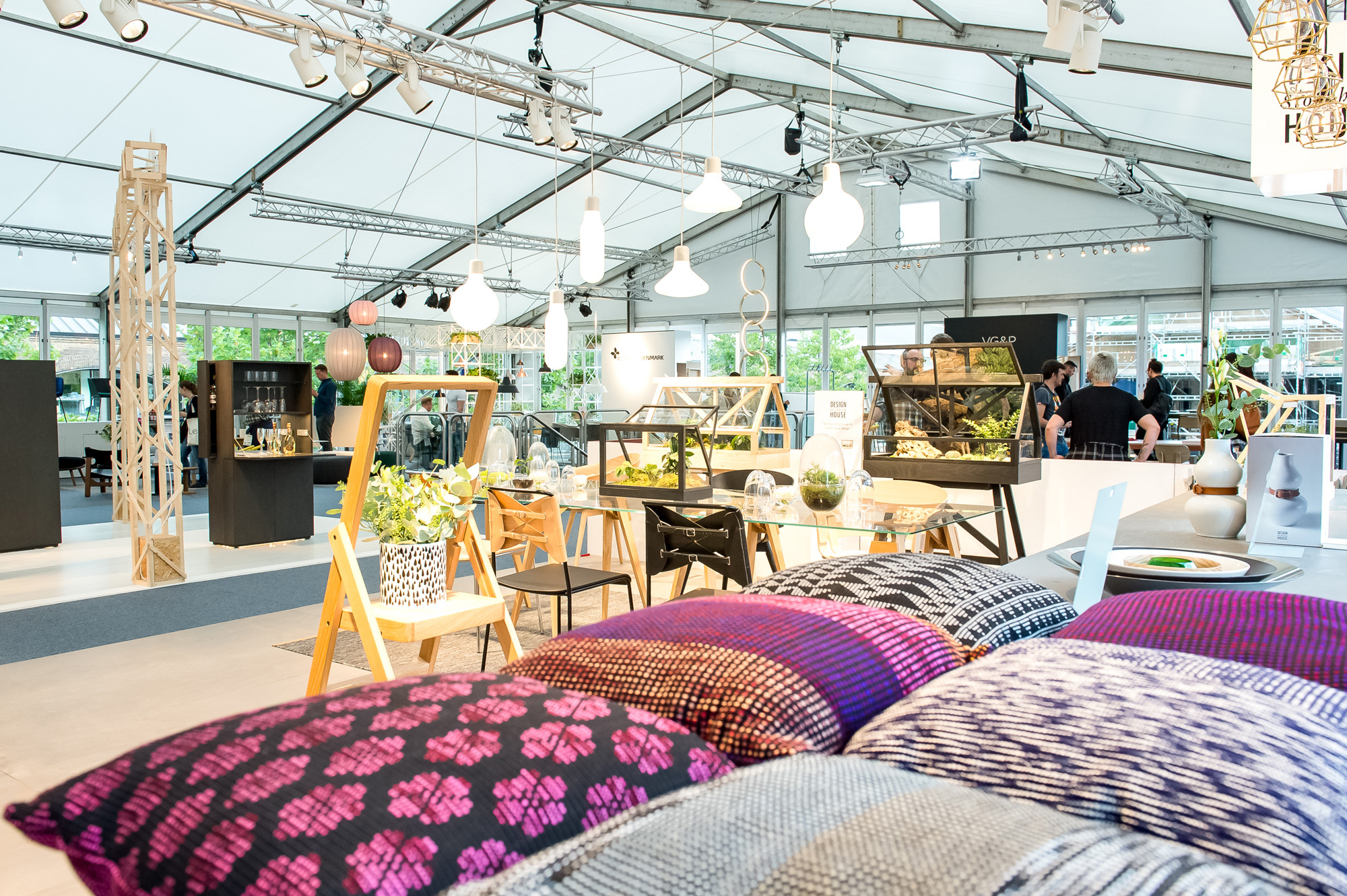 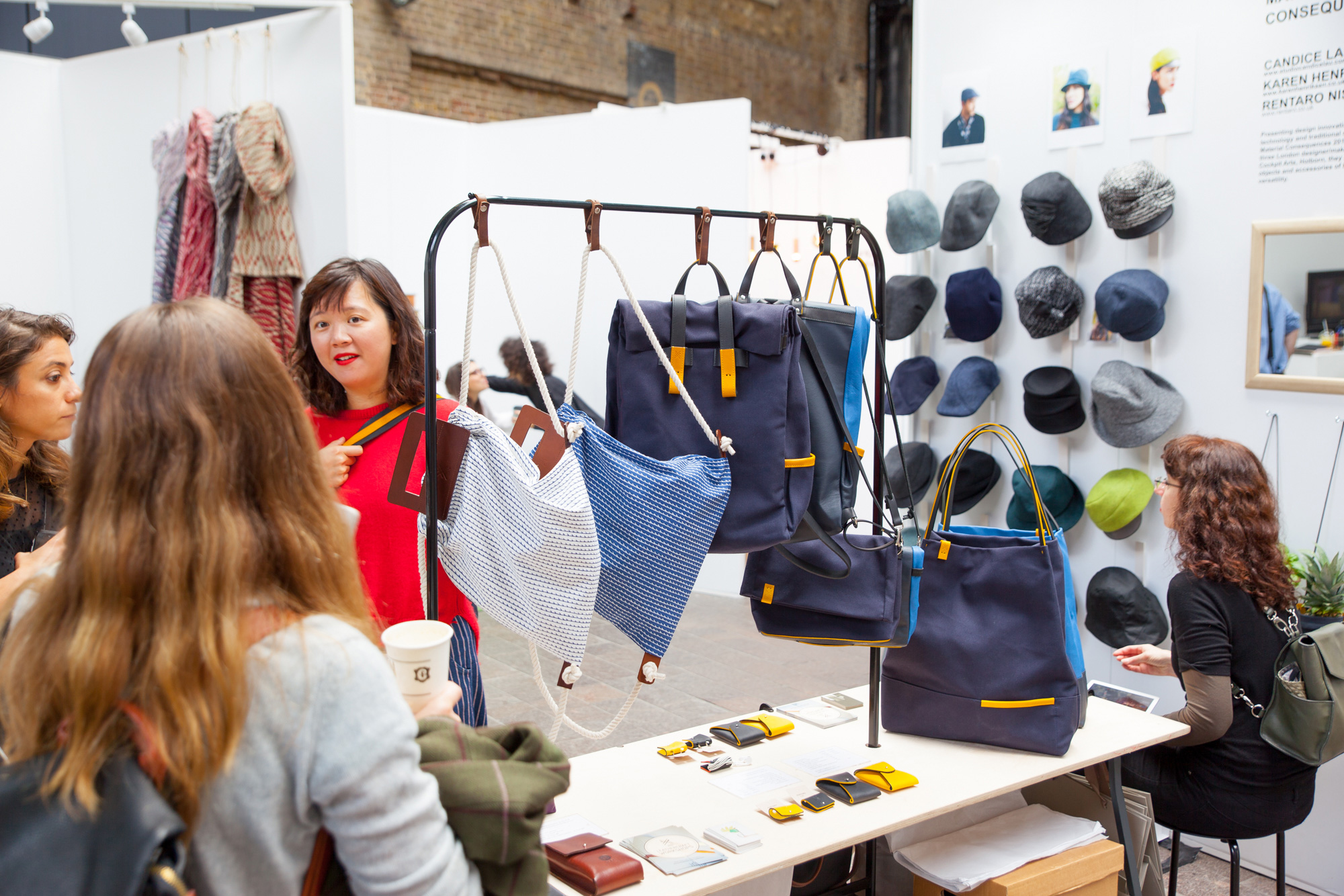 Above: designjunction 2017 – The Canopy, Material Consequences. 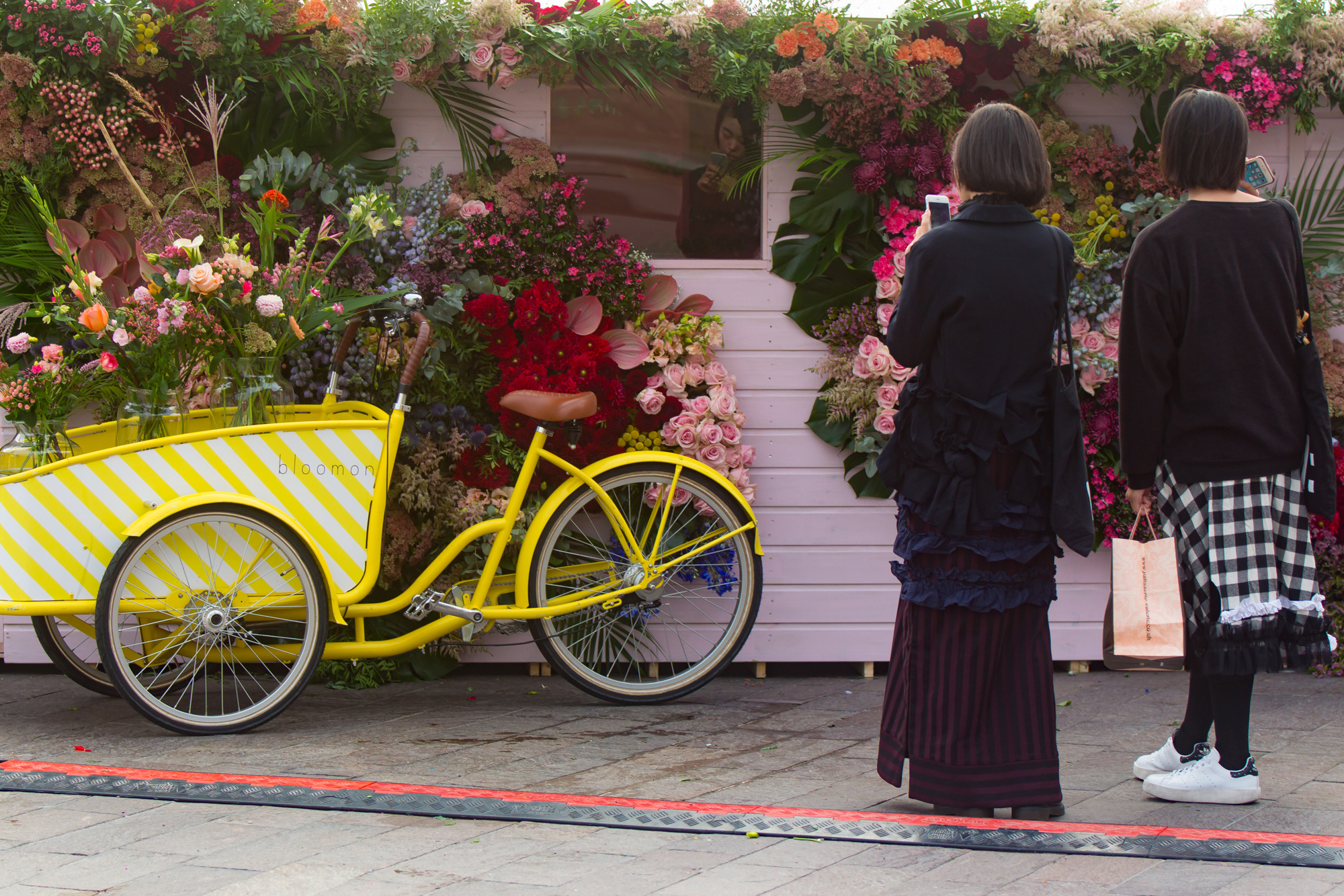 Oxo Tower Wharf on London’s South Bank is home to co-operative housing, design-maker studios and shops, galleries, restaurants and cafes. It is owned and managed by Coin Street Community Builders

Coin Street Community Builders (CSCB) is part of a central London community creating an inspirational neighbourhood. Since 1984 CSCB has transformed a largely derelict 13 acre-site into a thriving place to live, work and visit by creating new co-operative homes; shops, galleries, restaurants, cafes and bars; a park and riverside walkway; sports and leisure activities; by organising festivals and events; and by providing childcare, family support, training and enterprise support through our family and children’s centre. As a social enterprise, income generated from commercial activities stays in the neighbourhood and is used to fund our services and improve and maintain our site.

The Doon Street site, Riverside Walkway and Oxo Tower Wharf are all owned and managed by Coin Street Community Builders

The AEO Excellence Awards took place at Grosvenor House, Park Lane, London on the 15 June 2018. The AEO Excellence Awards represent the best that the events industry has to offer and showcase the amazing achievements from within the industry. The event recognises and celebrates organisers’ achievements, standards of excellence from venues and service quality by suppliers and contractors throughout the industry.

All images courtesy of designjunction (2017).