For Pre-fall 2018, Delpozo creative director Josep Font brings nature to life through the photographic lenses of Italian Frank Fontana and British Luke Stephenson. The former with his abstract colorful landscapes from his “Skyline” series and the latter from his book “An incomplete dictionary of show birds”. 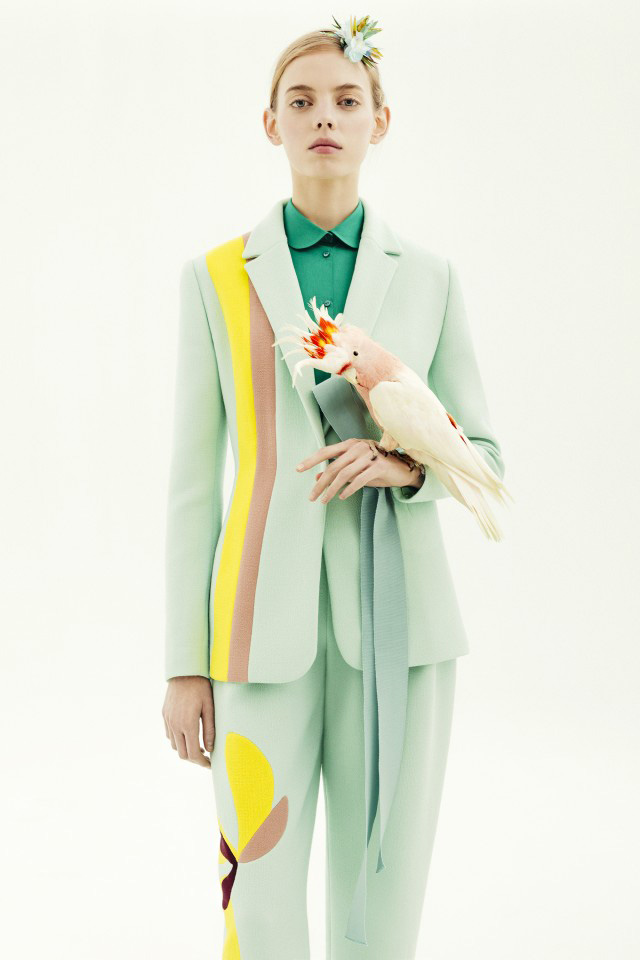 The purpose of art is to make visible the invisible

London has grown on Font during this past year; and on one of his visits, he discovered Stephenson’s bird portraits. The purity of color in his photographs of monochromatic backgrounds in contrast with the birds’ plumage inspired the color palette for Pre-Fall 18. 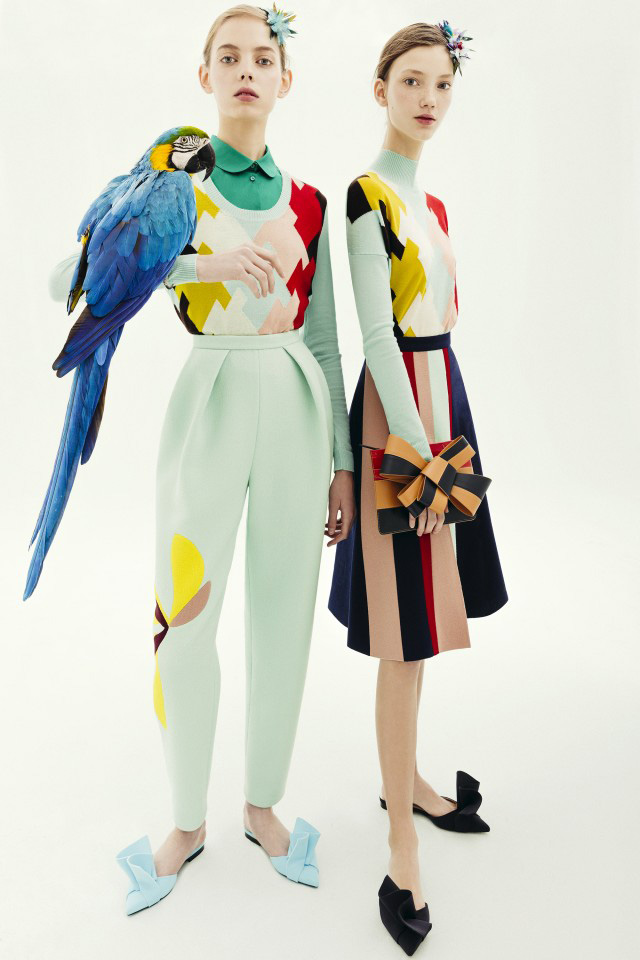 Aquamarine becomes the lead for this next season, creating an ethereal blend of warm and crisp hues along with nude, canary yellow, carnation red, navy blue and burgundy. The interplay of colors, as well as some of the more vibrant shades are thanks to Fontana’s photographic abstraction. Patchworks in lineal, whether horizontal or vertical direction, and floral motives intertwine in trousers, skirts, tops and jackets; achieving a pure yet delicate balance of vivid colors. Cable knit intarsia sweaters also play in a geometric patchwork.

Fontana’s idea of what is fundamental in an image is what the photographer wishes to express, and that usually is what one does not see. This same idea is the foundation of Delpozo. What is invisible at first sight, is hidden beyond in the interiors of a coat or a blouse. When turned inside out, the detailed craftsmanship flourishes from the ballerina necklines, the soft A-line silhouettes in sleeves with Carnation ruffles and asymmetrical skirts or dresses. 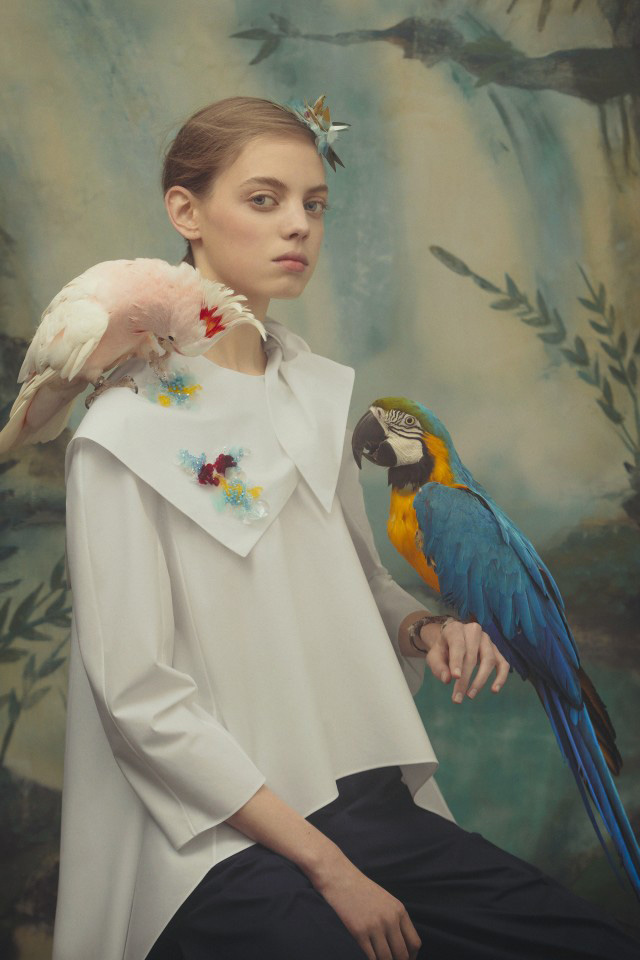 Beauty is seized whilst in movement through fluid textures such as Delpozo’s staple of silk tulle, and expanding into new fabrics of the likes of creamy cashmere and warm crepe de Chine, with an Hibiscus flower print interpretation. For a bit more texture, a turquoise gofré and a red floral lurex jacquard are added into the collection. 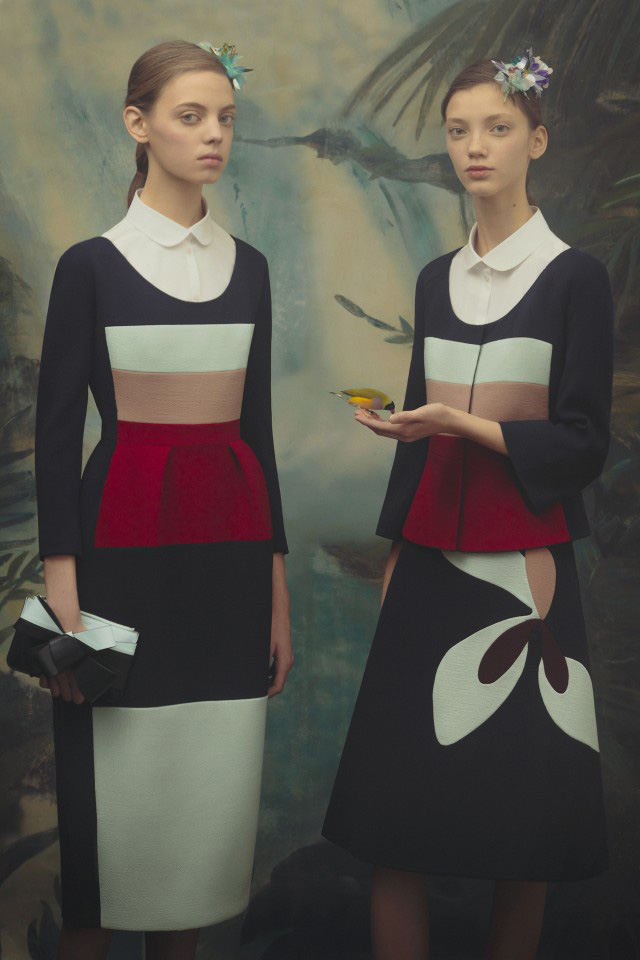 Font interprets his own version of Stephenson’s work accessorizing the collection, not only with the evolved Gret tote, which grows handles to bring comfort; but also adding parakeets, cockatoos and parrots to the mix. The plumage from the Gouldian finch or the red-fan parrot inspire the prêt-à-couture house’s embroidery. Organic textures and flower shaped embroideries taken from the green plumage of macaws, white and pink from cockatoos and blue from the Himalayan monal. Nature at its core. 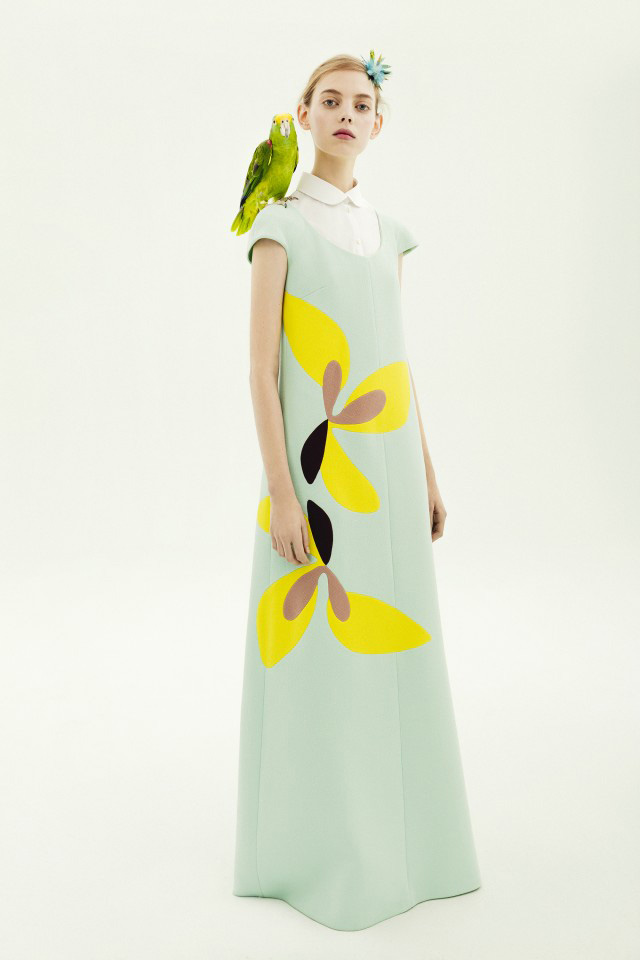 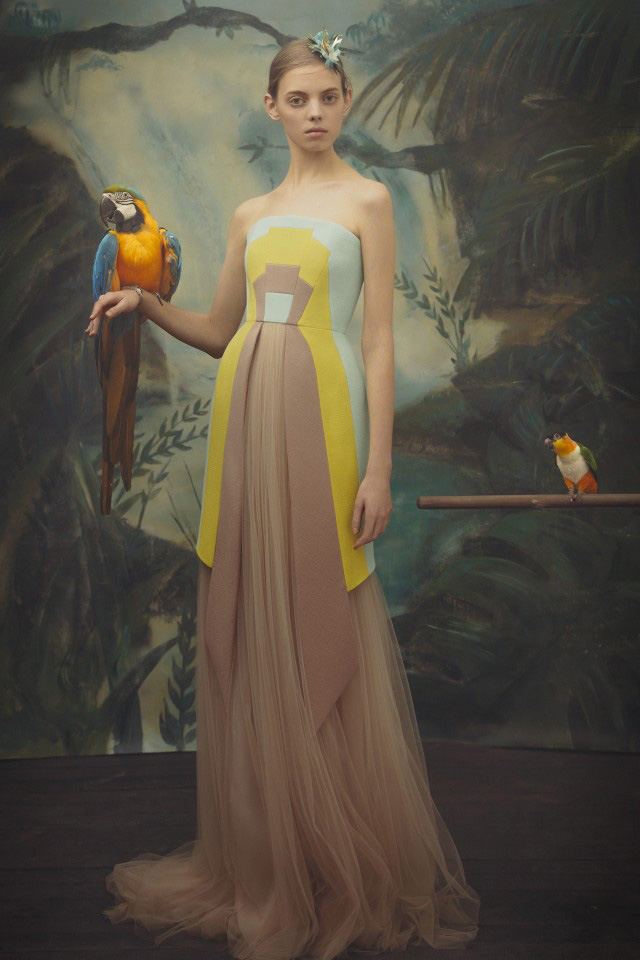 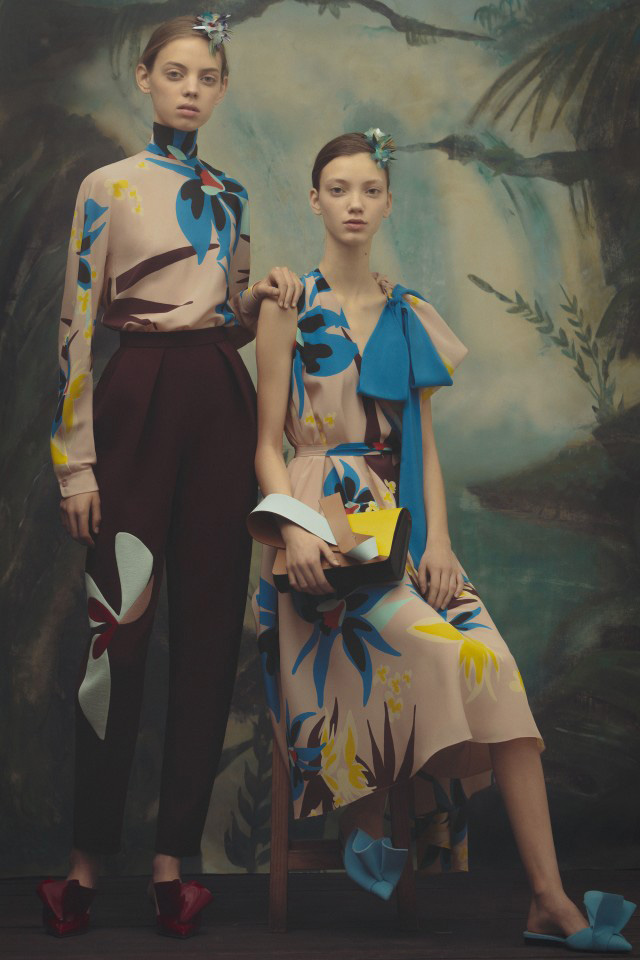 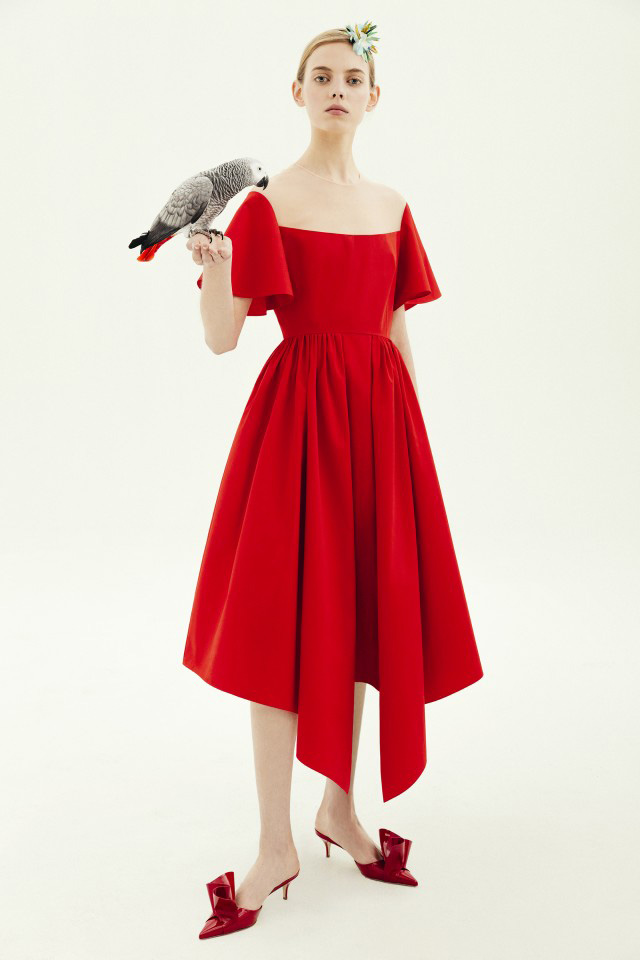 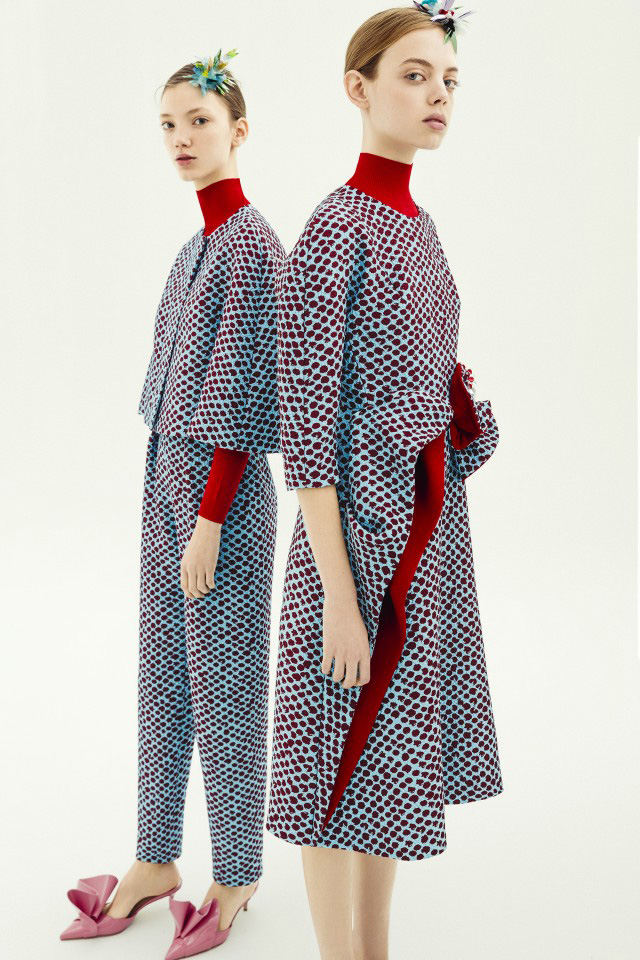 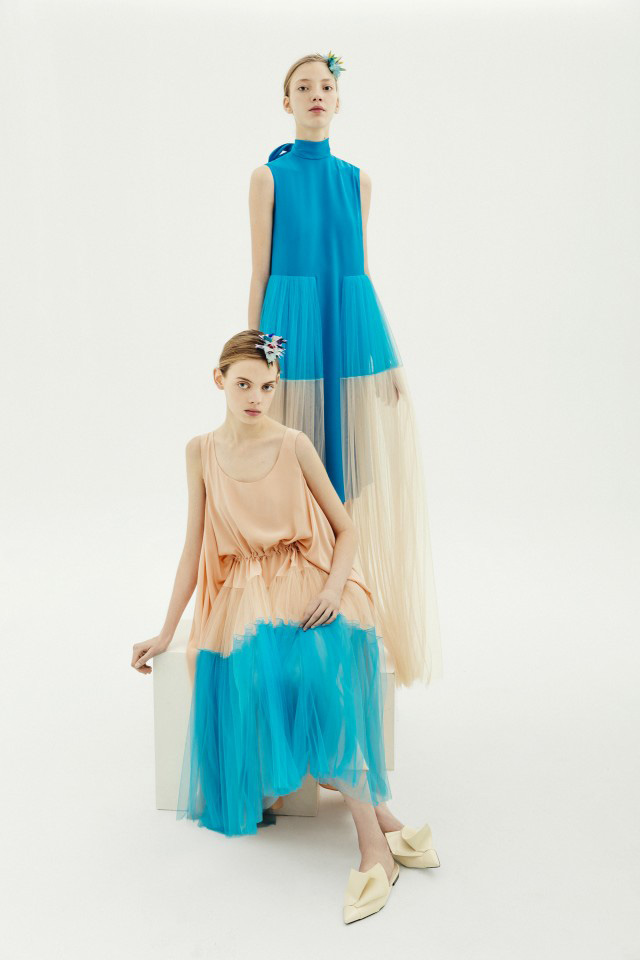 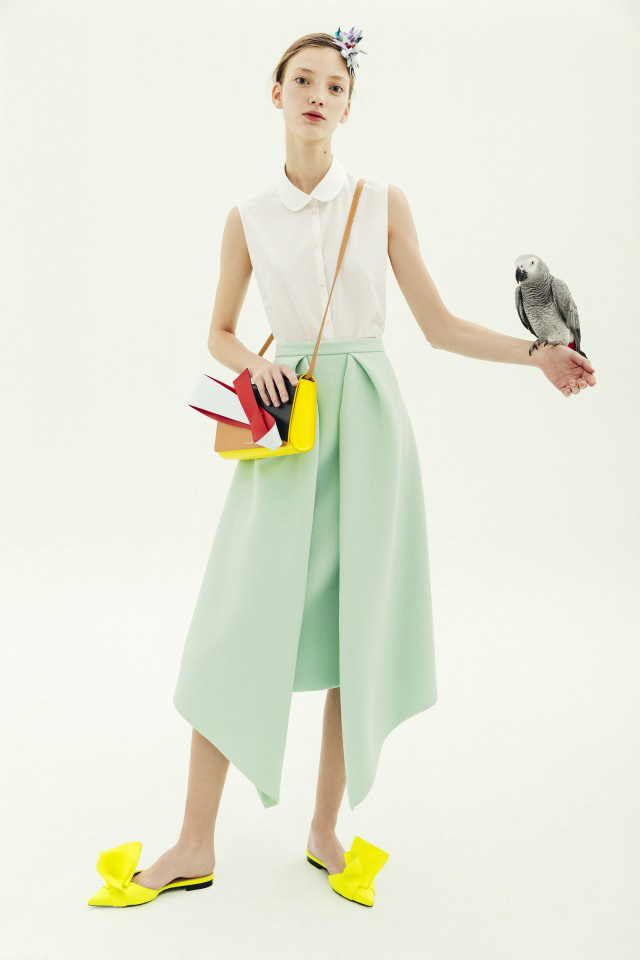 Delpozo embraces time-honored couture techniques with a modern sensibility to create unique and feminine pieces for the contemporary woman.

A combination of contrasting elements defines the prêt-à- couture house. Delpozo is traditional and modern, organic and architectural, sumptuous and pure.

The hallmarks of the Delpozo atelier include a creative approach to volume, color, and silhouette. Artisan techniques and intricate embroideries are used throughout the collections to create the ethereal and timeless Delpozo aesthetic.

Josep Font was appointed Creative Director of Delpozo in 2012. Originally trained as an architect, he began his career showcasing collections in Barcelona, Madrid, Tokyo and Paris under his eponymous label. Most recently, he was invited to show his couture collections in Paris as a guest member by the Chambre Syndicale de la Haute Couture.

All images courtesy of Delpozo

© 2004 - 2021 Fashion Trendsetter. All Rights Reserved.
Back to top
We use cookies and other tracking technologies to improve your browsing experience, show personalized content and targeted ads. By continuing to use this site you agree to our privacy policy and our use of cookies.OKPrivacy policy