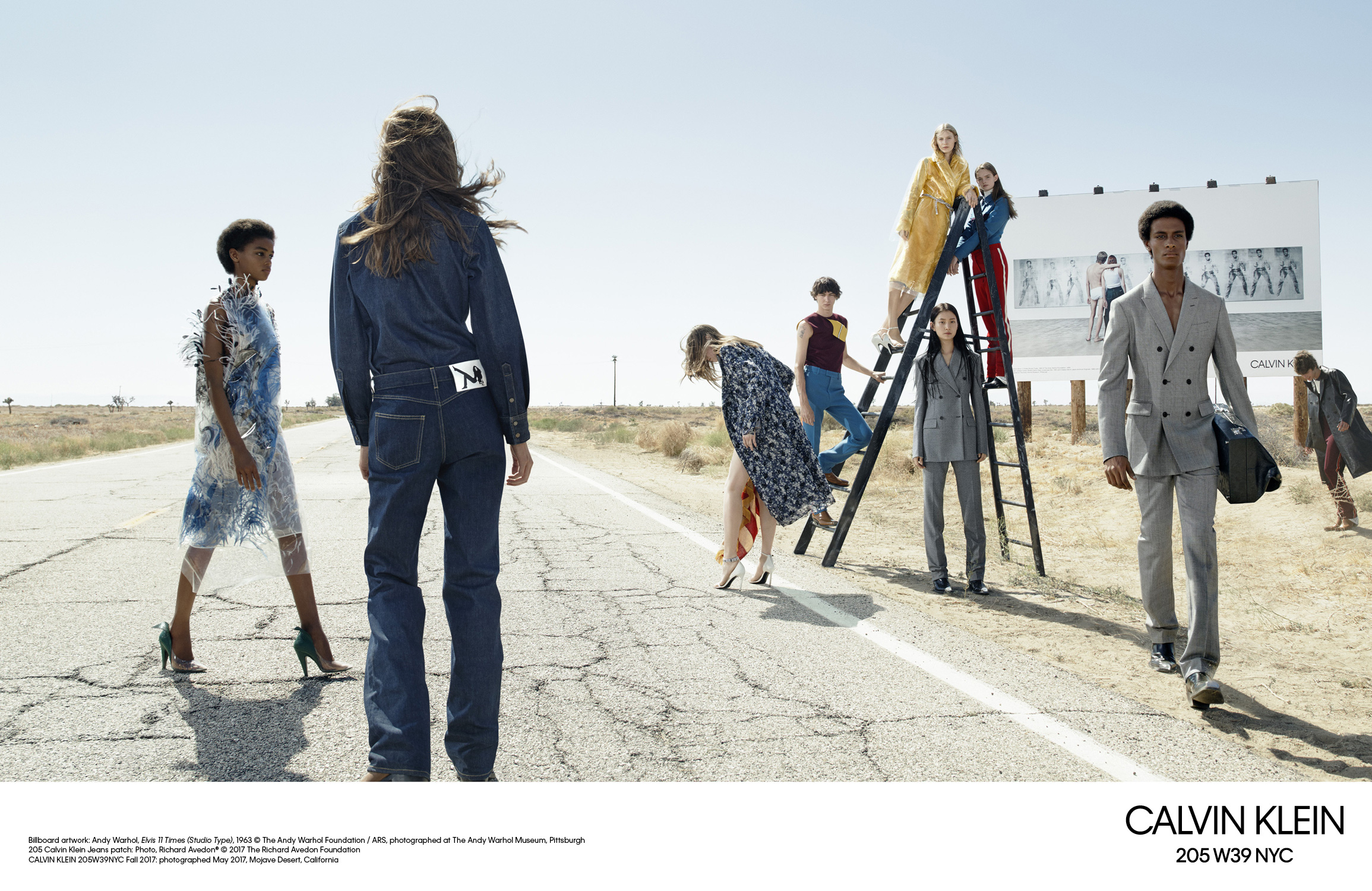 Shot by photographer Willy Vanderperre, the visually striking campaign presents a cast of 22 models shot against a series of billboards that feature images from last season’s CALVIN KLEIN: American Classics campaign. The billboards of the previous campaign – which include works by artist Andy Warhol – were erected in the California desert in the days leading up to the shoot. The campaign is a study in art and artifice, of the real and the imagined, the mannered world of high fashion combined with a sense of the everyday. Ultimately, the campaign explores the cinematic and romantic outsider’s view of America, something of a dream world that has become concrete for Chief Creative Officer Raf Simons and Creative Director Pieter Mulier.

With over 850 million impressions planned across 22 global markets with an integrated media mix, this campaign will deliver on the continued evolution of CALVIN KLEIN under Simons. The brand will be featured extensively in fashion and lifestyle publications around the world during September’s fashion-focused issues. The re-appropriation of the successful American Classics campaign will come to life in large format and high impact outdoor in key locations such as New York, Paris, Brussels, China, Korea and Hong Kong. 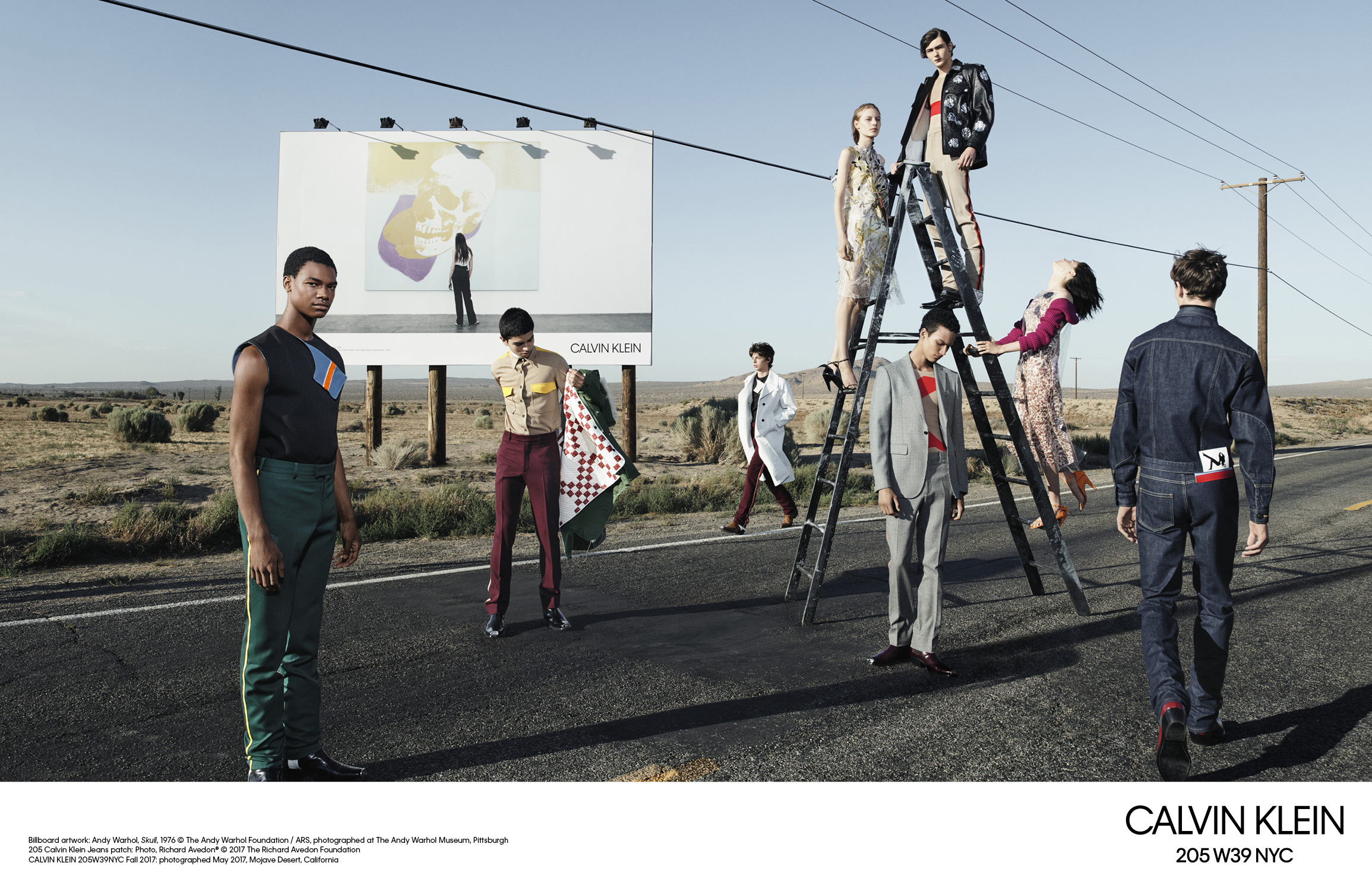 The Fall 2017 CALVIN KLEIN 205W39NYC collection featured in the campaign is a mix of marching band uniforms, plastic coated protection, power broker tailoring, antique handcrafted quilting, workwear, and western wear. The line also includes the introduction of CALVIN KLEIN JEANS ESTABLISHED 1978, a new designer denim line that will be housed under the CALVIN KLEIN 205W39NYC business. Pieces throughout the line are emblazoned with an exclusive patch that features a silhouette inspired by the iconic Richard Avedon image taken of actress Brooke Shields for Calvin Klein Jeans in 1981. The memorable campaign image debuted shortly after the launch of the Calvin Klein Jeans brand and the concept of designer jeans – in this way, CALVIN KLEIN JEANS ESTABLISHED 1978 celebrates both the history of the brand and its future. 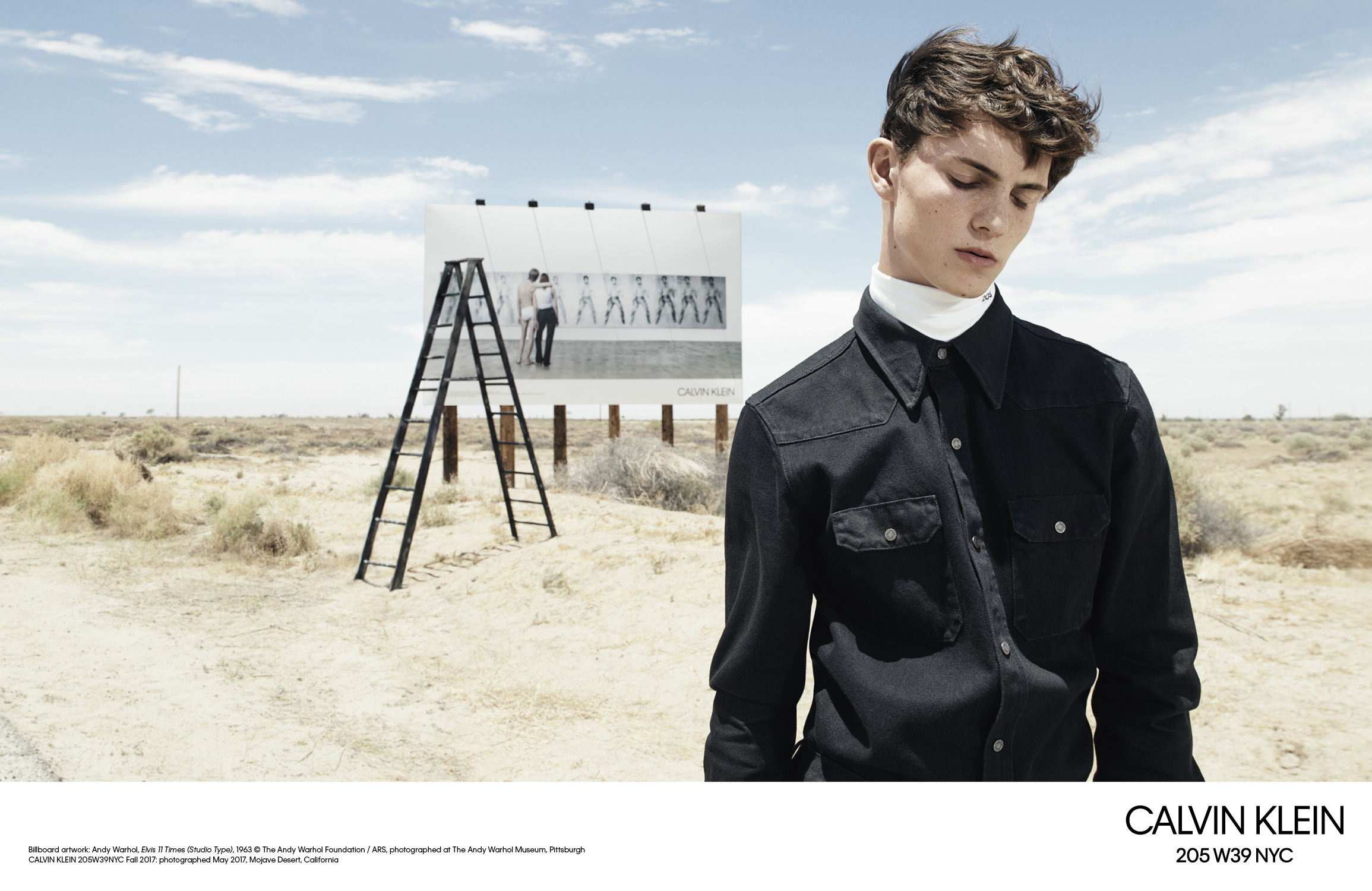 Calvin Klein is a global lifestyle brand that exemplifies bold, progressive ideals and a seductive, and often minimal, aesthetic. We seek to thrill and inspire our audience while using provocative imagery and striking designs to ignite the senses. 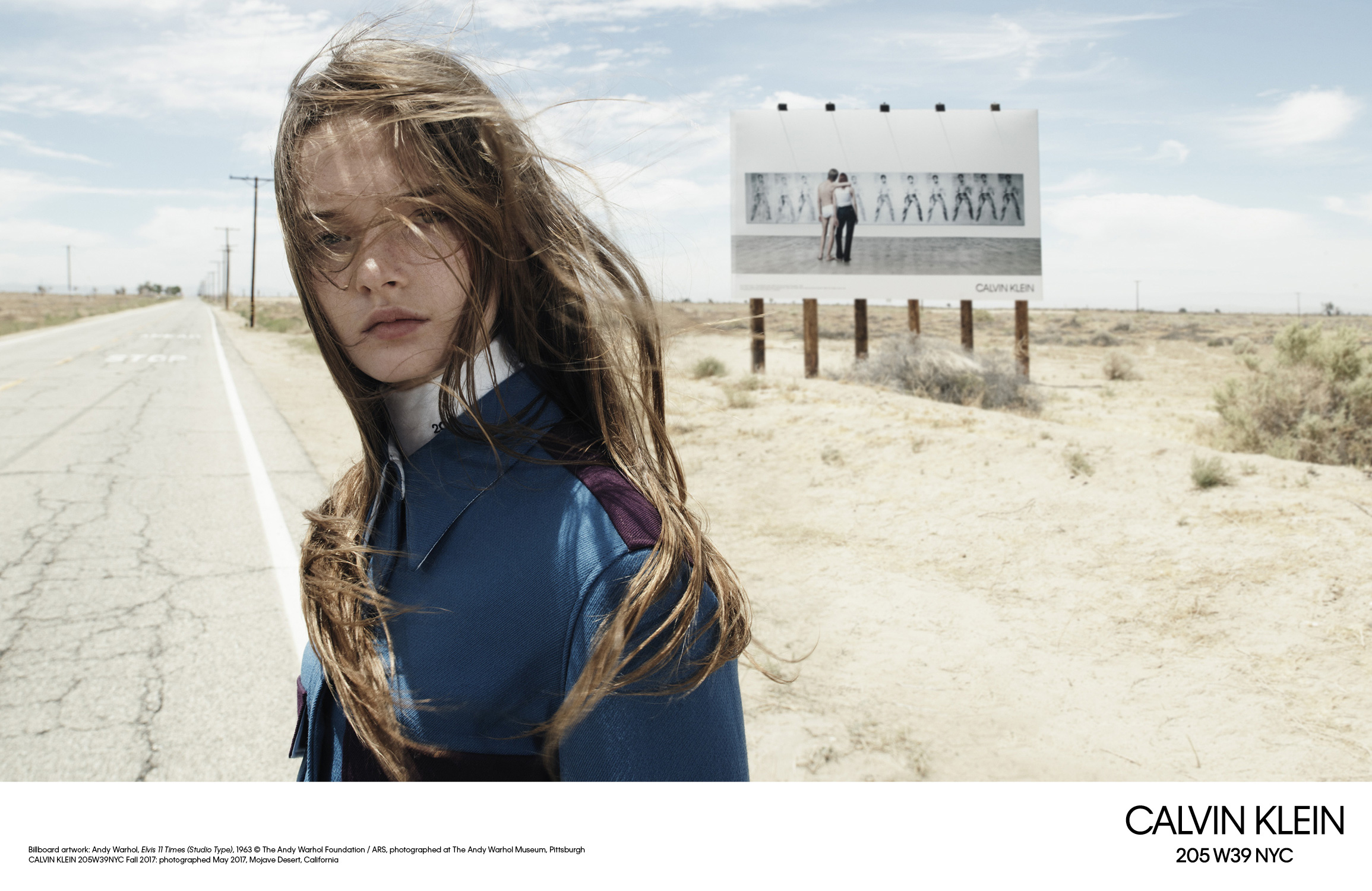 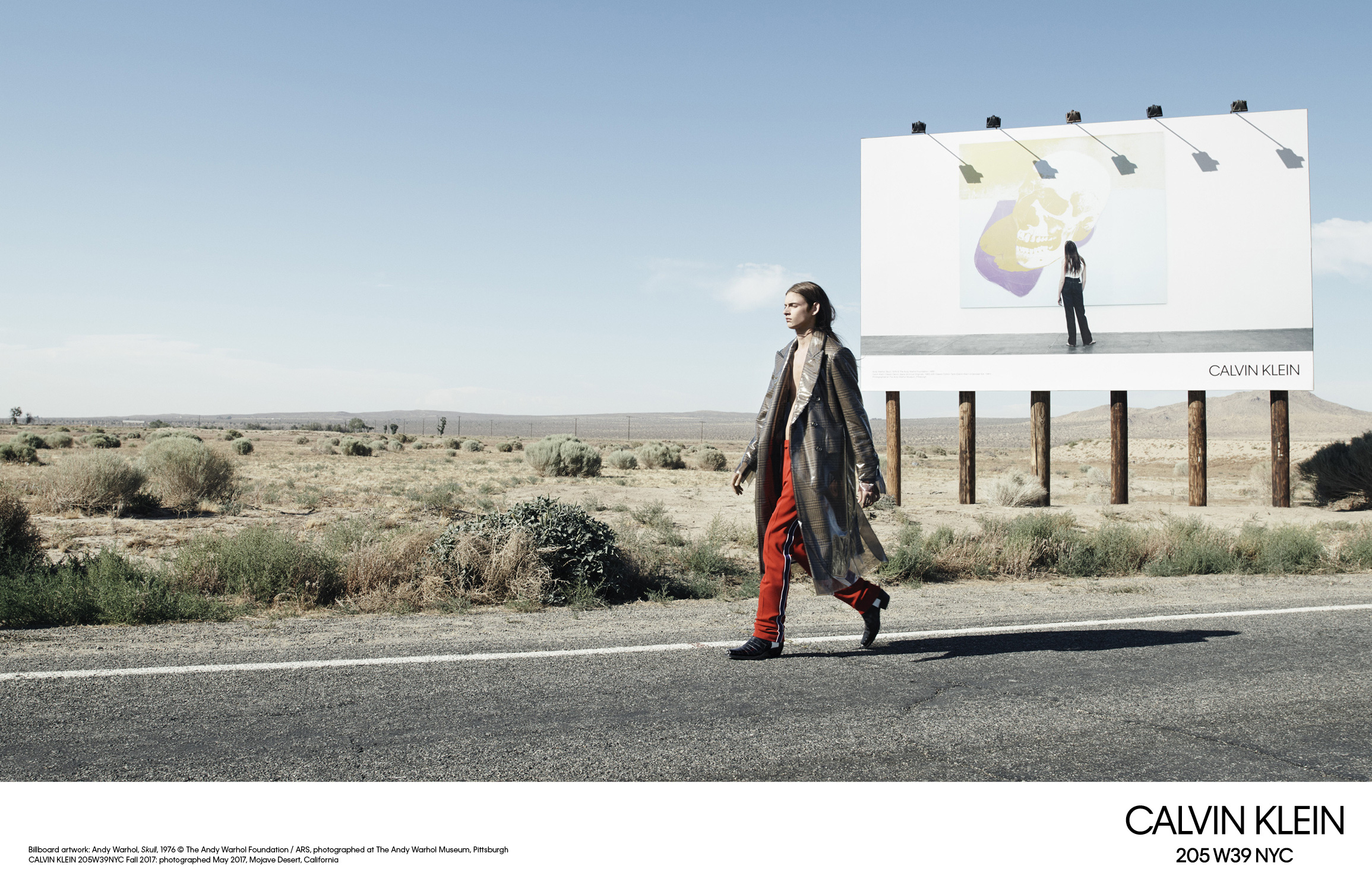 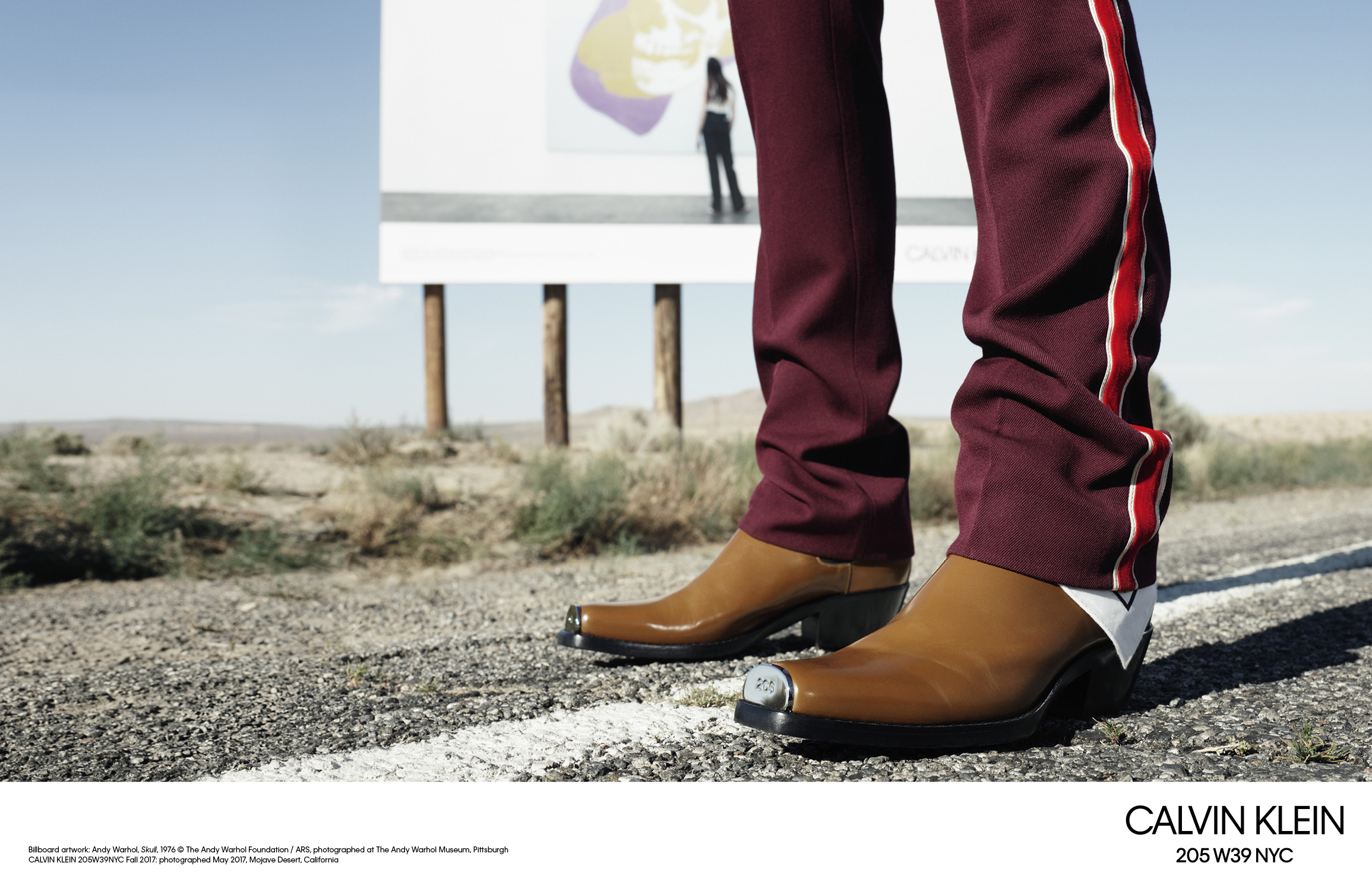 Founded in 1968 by Calvin Klein and his business partner Barry Schwartz, we have built our reputation as a leader in American fashion through our clean aesthetic and innovative designs. Global retail sales of Calvin Klein brand products exceeded $8 billion in 2015 and were distributed in [over] 110 countries. Calvin Klein employs over 10,000 associates globally. We were acquired by PVH Corp. in 2003.

With a history going back over 130 years, PVH Corp. has excelled at growing brands and businesses with rich American heritages, becoming one of the largest apparel companies in the world. We have over 30,000 associates operating in over 40 countries with over $8 billion in revenues. We own the iconic Calvin Klein, Tommy Hilfiger, Van Heusen, IZOD, ARROW, Speedo*, Warner’s and Olga brands and market a variety of goods under these and other nationally and internationally known owned and licensed brands.