#DGLovesNaples: A Photo Reportage with a Difference 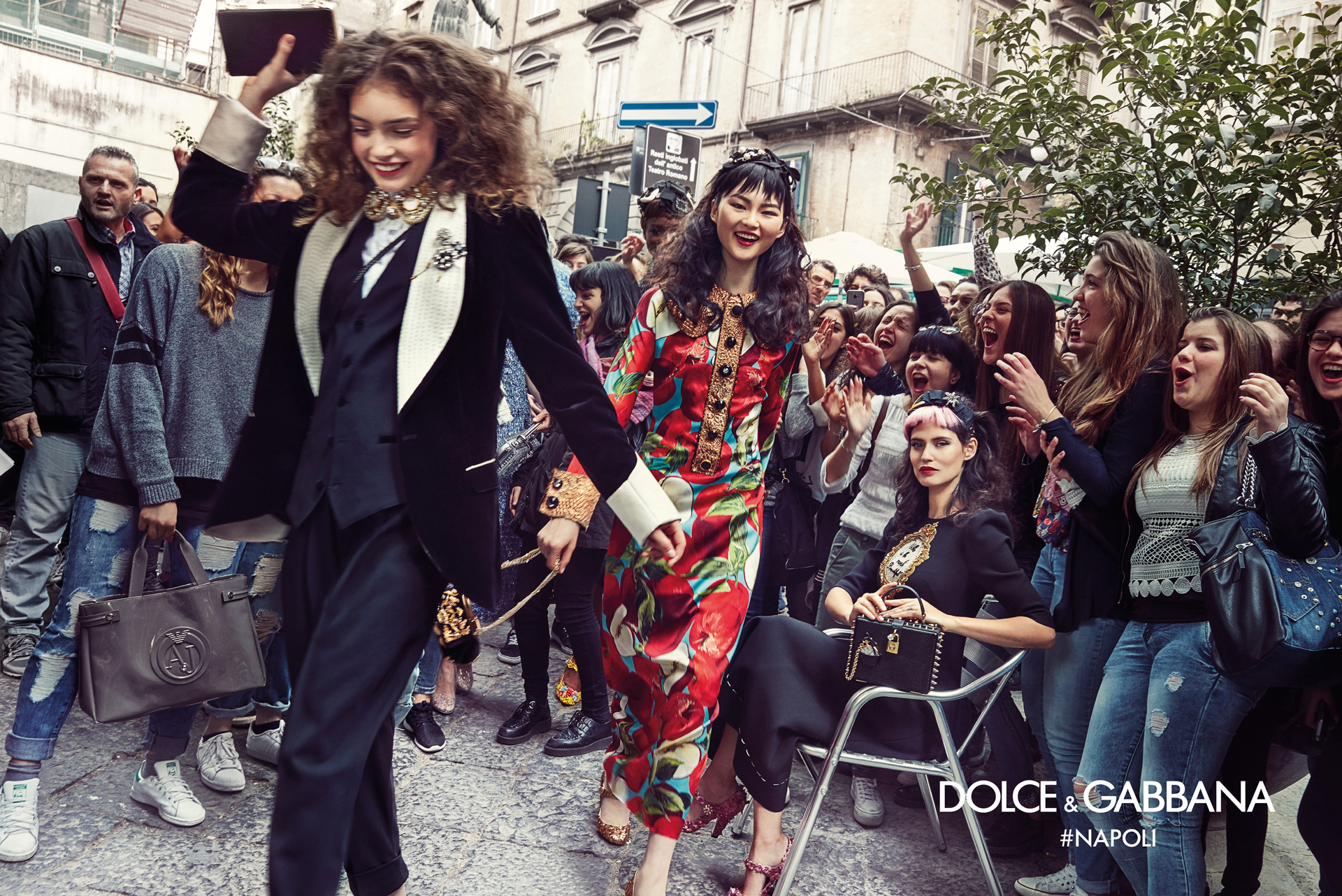 Dolce & Gabbana – “We’ve chosen Franco Pagetti to shoot our new advertising campaign. Franco is a photographer who has covered conflicts across the globe including Iraq, Afghanistan, Kosovo and Libya for Time magazine and many other important titles. He’s one of the best in the business thanks to his bravery, his ingenuity and his skill. He is a tough operator. He will find the right shot for sure. We are in the picturesque cobbled streets of Spaccanapoli – with arcs of drying laundry hung between windows above us – in a neighbourhood where everyone knows everyone and everything.. Together with Pagetti we will shoot our campaign in the thick of it.” 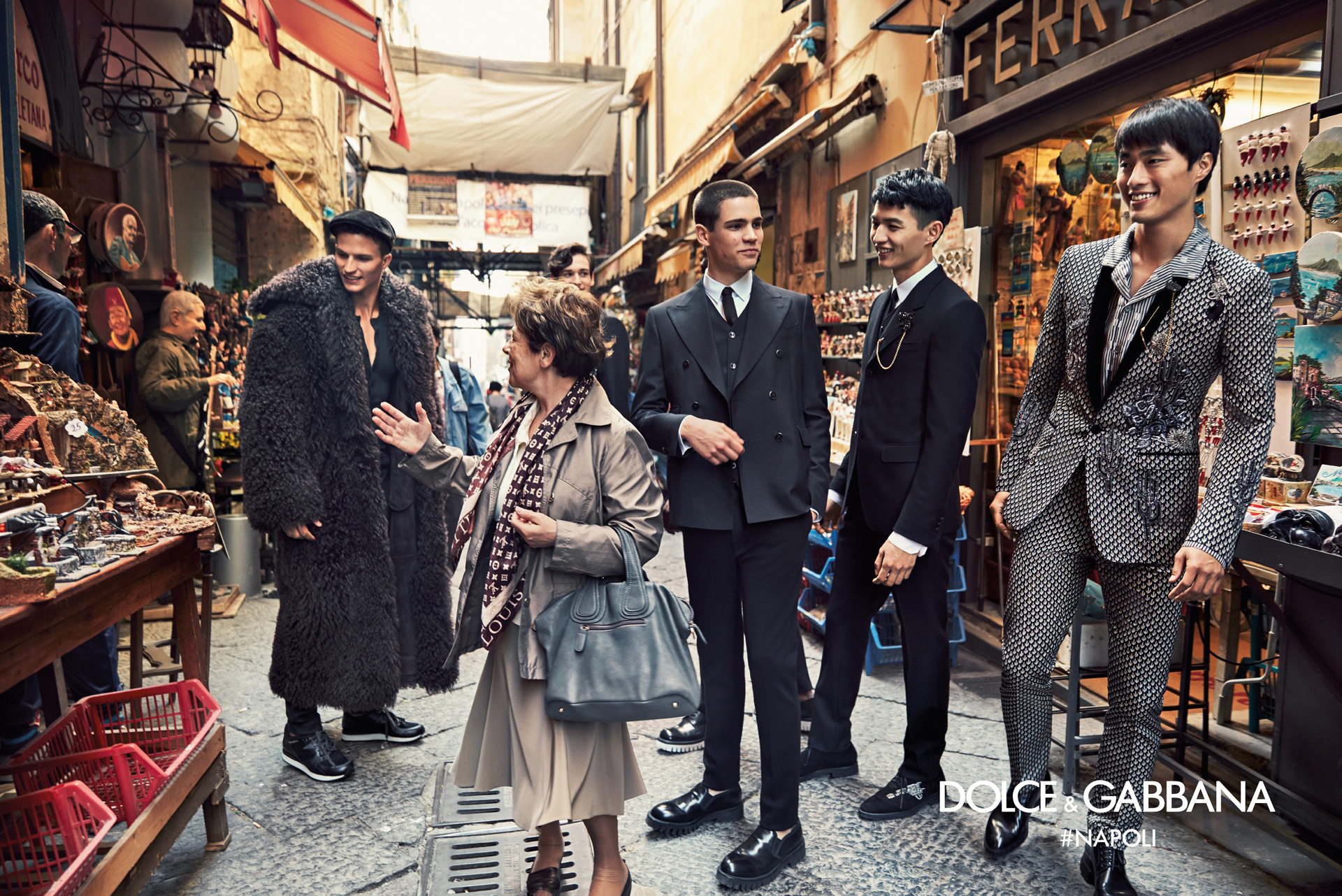 Dolce & Gabbana – “On Via dei Tribunali a caffé owner invites us to have an espresso on the house. We’re here in Naples because we think these people are the best people in the world. Very strong. With unlimited heart. And for us Neapolitans are the most avant grade people in Italy. Plus we love the streets. It is still like the 1950s here, in a way. This is a place that hasn’t lost its roots and we appreciate that. We enjoy big cities and technology and embracing the future but to understand the life of the Italian people you need to see their roots.

We had never spent a significant time in Naples until we started preparing the Alta Moda collection to be staged here in July. This is gave us the chance to discover the wonders of the city. We spent a lot hours exploring the streets. And very quickly we fell in love with this place. We love the contrasts, between fashion and life, between modern and classic. And the people… they are all very sincere and dramatic – very movie actor.” 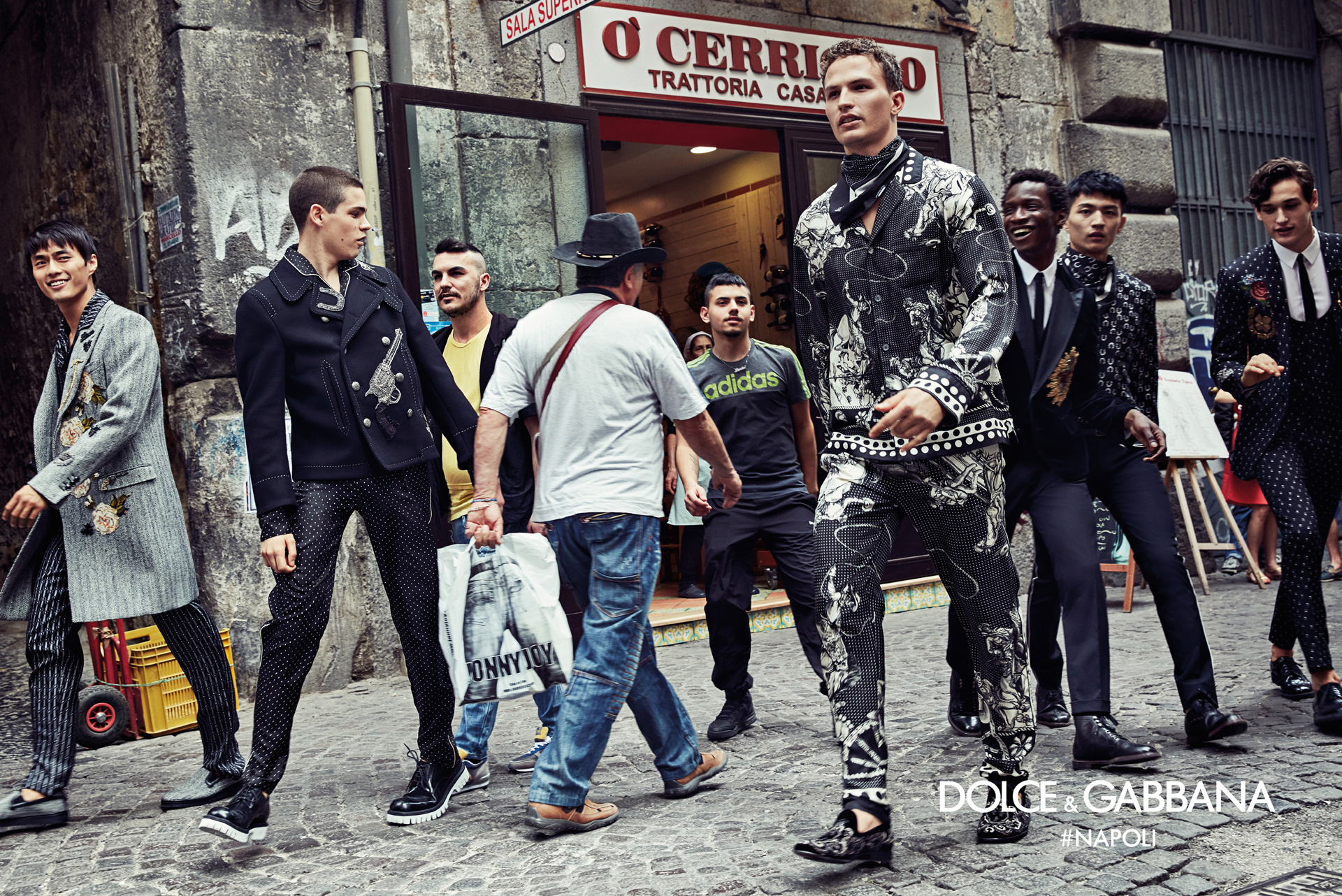 Dolce & Gabbana – “Let’s face it: Naples has a reputation. It might have a beautiful heart – as made immortal by Sophia Loren in De Sica’s Neorealist movie Yesterday, Today and Tomorrow – but it has a roughness too. Yet during two days of non-stop street shooting the people of Naples show us only their hearts: they are happy to be extras, delighted to take selfies, and enchanted to be here with us and with the models. Do you know what that woman just said to us? “Thank you for coming to Naples!” The welcome we receive is stupendous.” Dolce & Gabbana – “On Via Benedetto Croce – traditionally called Spaccanapoli – the gradient is steep; the narrow street is lined with family businesses selling charms and icons. As the models walk down it towards Franco’s lens they are mobbed by excited schoolchildren and local characters: the words ‘Dolce Gabbana’ – Neapolitans are dismissive of final syllables – echo up and around the high tenement walls. The longer they linger, the more admiring attention they attract; Vespas rattle past, drivers lean on their horns, street-dogs add a chorus of barks, and we shout instructions to models over the glorious uproar. The only person not entirely carried away by it all seems to be Pagetti – like the pro he is, he keeps shooting.” Dolce & Gabbana – “There is almost as much dancing in the streets on this shoot as there is walking down them. On day 1, our male models are beguiled by a local street singer, who plies her trade accompanying the stereo she carries with her. On day 2, our female models are repeatedly serenaded by two romantic guitarists and and an expert accordion player: they look like they’re dancing on the urban dancefloor under the sun.” Dolce & Gabbana – “By late afternoon of day 1 the light is fading but Pagetti is emanating satisfaction: he knows he has some good shots. But as we walk one last time up towards the monastery that is serving as HQ for the stylists, hair and make-up one final photo-opportunity: on the way a family is sitting at the open window of their typically Neapolitan ground floor apartment. Our Australian model, a handsome windswept surfer in slim-fit trousers and an open shirt, leans on the windowsill and begins to chat to the daughter of the house. We suggest to her to talk with him naturally, without worries. Pagetti starts shooting. She replies with a smile: ‘I’m not worried at all!’. Later the slightly shell-shocked Australian reports us that she kissed him – twice! Welcome to Naples!” Dolce & Gabbana – “The people of Spaccanapoli throw open their doors to us during this shoot. The Sfizi di Famiglia invite us in to direct a shot from behind their bar. A barber shop allows itself to be taken over as a temporary site for make-up touch ups. The staff of Zinzi alimentari lend us furniture. The delivery guys from Pizzeria Gino Sorbillo pause on their job to allow us to hijack their pizzas. A truck driver is all too delighted to be joined in his cab by two models while the rest of them drape elegantly on his bonnet. An aged nun readily agrees to delay her errands to stop and talk with our young male models. We take delivery of two baseball caps that have been specially embroidered with our names. And Pasquale, a lottery salesman with a partner budgerigar, is practically giving his tickets away.” Dolce & Gabbana – “It is very inconvenient to be on a diet in Naples. Half way down Via Benedetto Croce three guys zoom up on vespas clutching large bags of divinely delicious fried pizza – it is sublime. We ended up eating Gino’s margheritas too. There is octopus, burrata and pasta for lunch in Luciana on day one, then fritto misto, more pasta and steaks down at a table overlooking the bay of Naples that evening. And don’t mention the gelato… the food here is more than mere sustenance, but a reason to live.” Dolce & Gabbana – “Look at these stones. Every single one of them is irregular, but each has been laid by careful hand to fit perfectly alongside its neighbour. This reflects both the society and architecture of Naples: there is a profound and beautiful harmony here that is almost a by-product of what can look at first like chaos. Despite that glorious craziness – and because of it too – Pagetti was blessed with more than enough material to work with on this street-shot campaign. We are honoured to have the opportunity to shoot the campaign on the exquisitely alive streets of this great city.” Dolce & Gabbana – “The credo of Dolce & Gabbana is la famiglia. And after two terrific days shooting on the streets of Spacca Napoli we have discovered hundreds of new family members: the people of this beautiful neighbourhood welcomed us with open arms giving to us beautiful memories. Grazie Napoli! We will be back…”

All images courtesy of Dolce & Gabbana.