The awards, valued at EUR 200,000 in total, were presented in front of 250 guests on Monday evening by the non-profit organization SDBI –Stiftung der Deutschen Bekleidungsindustrie (German Fashion Industry Foundation). The ceremony took place in the impressive halls of Berlin’s Neues Museum, part of the Museum Island UNESCO World Heritage Site.

Visions for a new era formed the focus of the European Fashion Award FASH 2016’s theme, “Change”. Digital transformation is currently bringing fundamental change to the way fashion is sold, presented, and designed. Online shopping, live streams and Instagram have changed everything. The seven winners of the European Fashion Award FASH 2016 are shaping this change. From demonstrating the potential of purely industrial production to entirely new approaches to sustainable fashion: The creative and technical abilities of the award winners are impressive, and the creative output is fascinating. The award-winning projects focus on concepts exploring fashion’s potential, and have more in common with concept cars than clothing for everyday wear. 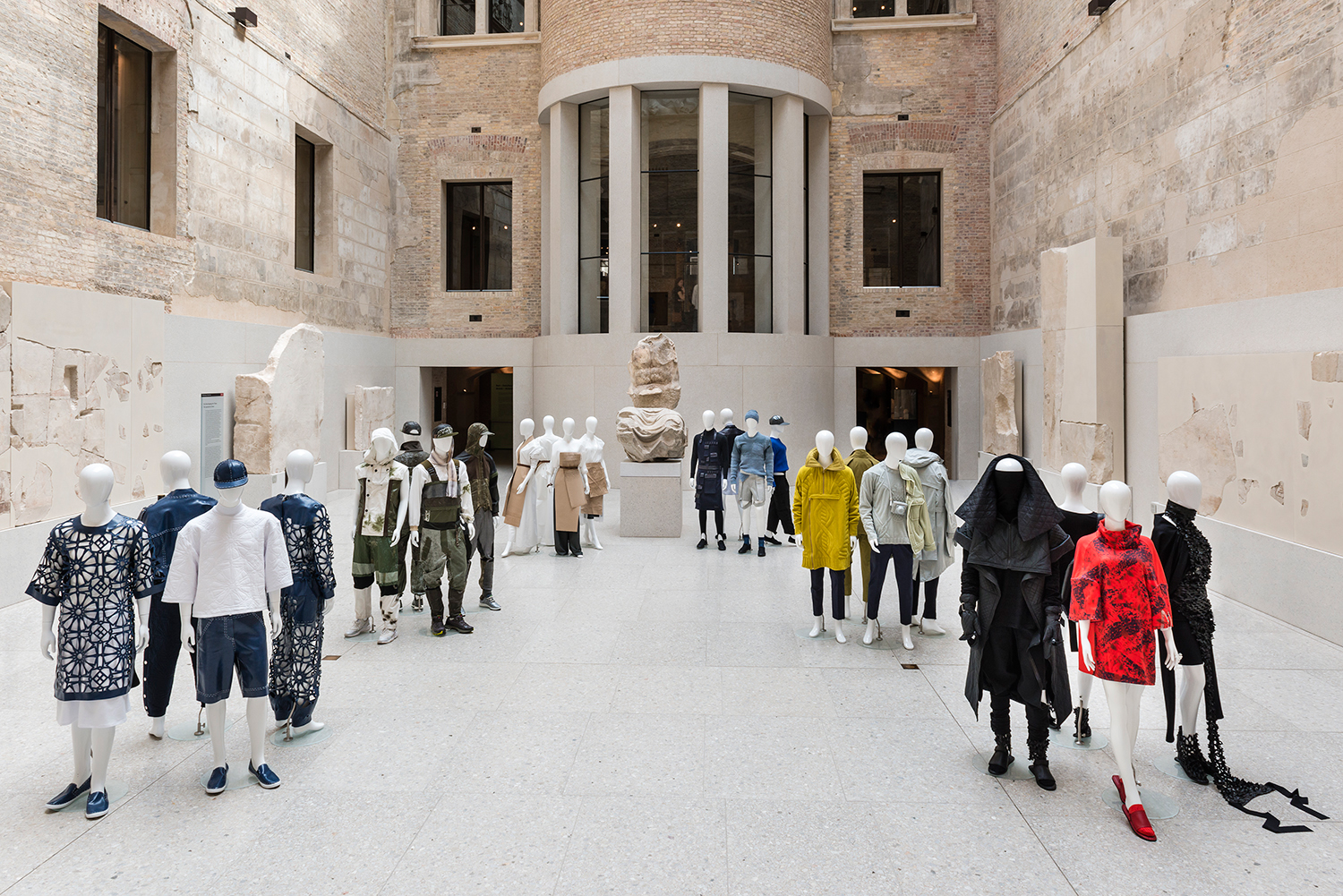 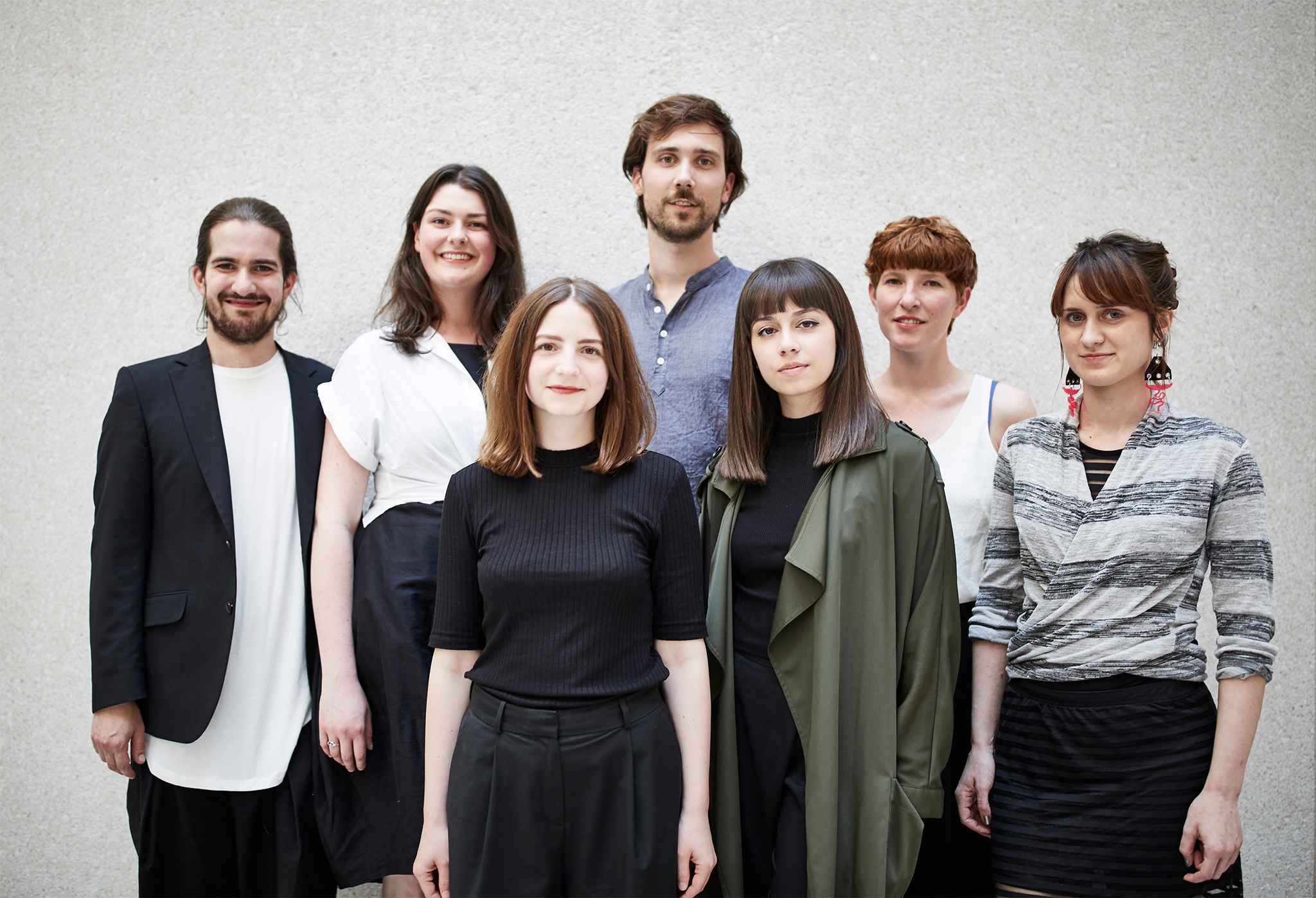 “Companies are in urgent need of the sort of creativity exhibited by the award winners. It’s becoming more and more important for the industry to take advantage of this innovation potential,” stressed Brigitte Zypries, the Parliamentary State Secretary at the German Federal Ministry for Economic Affairs and Energy, in her welcoming speech. For this potential to be realized, both the industry and young fashion designers must reach out to each other. The SDBI offers comprehensive support to the award winners along their journey into a career in fashion. Experienced designers, who can still clearly remember the start of their own careers, act as mentors and give the award winners practical advice on finding and maintaining contacts or on building a career. This work is supported by major partners such as the Deutsche Akademische Austauschdienst (DAAD – German Academic Exchange Service).

During Berlin Fashion Week, the six winning projects will be showcased in Friedrichstraße underground station through a series of short fashion films. This is the first time that fashion films will be shown on digital posters in Germany. Friedrichstraße underground station is at the heart of Berlin Fashion Week. Although access to the Berlin Fashion Week is only available to ticketsholders, the posters mean that everyone can be a part of the event between June 27 and July 2. This was made possible thanks to the support of WallDecaux. In addition, the exhibition of the winner’s collections in the Neues Museum was open to the public all day long.

Luca Vasta hosted the ceremony, dressed in an outfit by Tim Labenda (FASH 2013). The award was presented along with exclusive porcelain trophies donated by Hering Berlin. The European Fashion Award FASH comes to over EUR 200,000 in value. In addition to the prize money, the award also includes mentoring, a catalog, PR, an exhibition, and an awards ceremony. Also central to the award are the photos taken by Parisian fashion and portrait photographer Franco P. Tettamanti, who has worked for Dior, Louis Vuitton, Akris, and Vivienne Westwood. The demanding competition–which attracts entrants from all over the world–is aimed at design students in their fourth semester and beyond. The winning collections were selected anonymously from projects submitted by 151 participants from 28 countries according to set criteria by a jury of prestigious industry figures.

Guests celebrated the awards in the Neues Museum’s impressive Griechischer Hof (Greek courtyard), which was restored by architect David Chipperfield. German Prädikat wine was served with cheese and bread from local Berlin producers in the neighboring vestibule. The exhibition of winning projects was made possible by Pentherformes Group, who supplied the mannequins.

In addition to the winners’ families and friends, opinion leaders from retail, education, and politics, as well as managers and designers from top companies like Comma, Freitag, Galeries Lafayette, KaDeWe, Hess Natur, Mavi, Max Mara, Peek & Cloppenburg, Quartier 206 or Zalando were also present at the event. Media representatives from Achtung, ARD, Welt, Vogue, ZDF, L’Officiel Hommes, WWD or ZDF attended the award ceremony. Also the politics discovered fashion: Members of the German Bundestag, deciders from the Federal Ministry for Economic Affairs, Education and Research, Economic Cooperation and Development, the German states and embassies, take part. This gave the award winners the opportunity to make initial contacts before entering the world of fashion.

As Creative Advisor at H&M, Margareta van den Bosch is responsible for partnerships with designers ranging from Karl Lagerfeld to Madonna and Versace. In her previous position as Head Designer, she played a prominent role in the rise of the company between 1987 and 2008.

Antonio Cristaudo has worked in Florence for “Pitti Uomo”, the world’s most important menswear exhibition, since 1995. As Head of Scouting, he is one of the world’s top experts when it comes to recognizing young talent.

Joel S. Horwitz works in Berlin as a freelance designer for companies including Adidas, Brooklyn’s Own by Rocawear, Elkline, J. Lindeberg, and zLabels by Zalando. He has directed the SDBI mentoring program since 2014.

Jutta Kraus founded the Antwerp-based fashion label Bernhard Willhelm alongside the designer of the same name. She works in Paris and Los Angeles.

Joachim Schirrmacher is a Creative Consultant in Berlin. His work combines business and design, research and practice, the visual and the verbal. He has had responsibilty for the European Fashion Award FASH on a pro bono basis since 2004.

Michael Sontag. This master scholar is one of Germany’s most famous fashion designers. He has been presenting his collections at Berlin Fashion Week since 2009.

Franco P. Tettamanti is a Paris-based photographer of haute couture. In addition to his work for clients such as Dior, Louis Vuitton, Akris, Vivienne Westwood, Universal Music, and Madame Figaro, he is also known for his behind-the-scenes shots of the fashion industry.

Founded in 1978, the non-profit organization SDBI – Stiftung der Deutschen Bekleidungsindustrie is the world’s oldest organization for promoting talented fashion students. The SDBI’s European Fashion Award FASH is one of the most important international awards for fashion students. The award enhances the career prospects of winners, who go on to work for famous global companies such as Adidas, Hugo Boss, or Dorothee Schumacher and designers such as Vivienne Westwood and Wolfgang Joop, often in top positions. Former winners Ioana Ciolacu (FASH 2011) and Tim Labenda (FASH 2013) have been presenting their labels at Berlin Fashion Week for several seasons.