The Australian Centre for the Moving Image Presents Jeremy Scott: The People’s Designer
22 to 31 January 2016 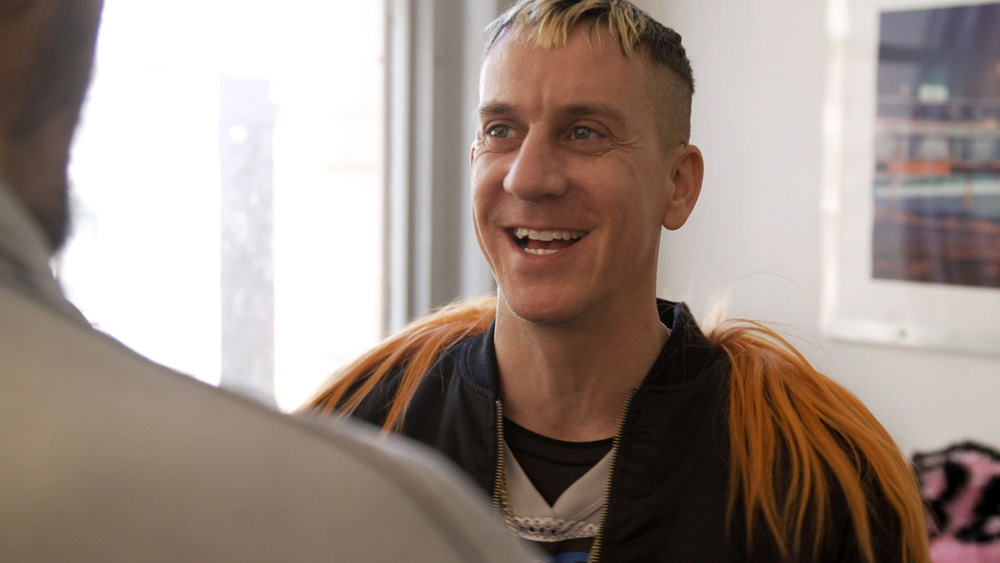 Jeremy Scott: The People’s Designer is a celebrity-filled documentary about the polarising fashionista whose life went from country boy to couturier, screening at ACMI Cinemas from 22 to 31 of January 2016. Director Vlad Yudin follows Scott as he prepares for his debut runway show with Milan luxury brand Moschino in 2014.

Amidst an array of personal accounts from celebrity supporters, some not-so sympathetic fashion journalists, and reflections from family members back on the farm in Missouri, the film introduces us to aristocratic stylist Carlene Cerf de Dudzeele, always dutifully by Scott’s side. Together they select the models and refine the collection as Jeremy braces himself for the next major chapter in his illustrious career.

American fashion designer Jeremy Scott has scaled the fashion heights, injecting the fashion world (as well as brands such as Adidas and Longchamp) with plenty of colour, humour and unadulterated joy. He calls performers Miley Cyrus, Rita Ora and Katy Perry (to name just a few), close friends and confidants.

From humble beginnings down on the farm in Lowry City, Missouri (population 640) he made it to creative director at the Italian fashion house Moschino (the first American to take charge of a major Italian brand). His work celebrates the garish and trashy marvellousness of Middle America – famous cartoon character prints, pink Cadillac and jukebox dresses, French fries and hamburger knits, with recent work including costume design for Madonna’s 2015-16 tour. 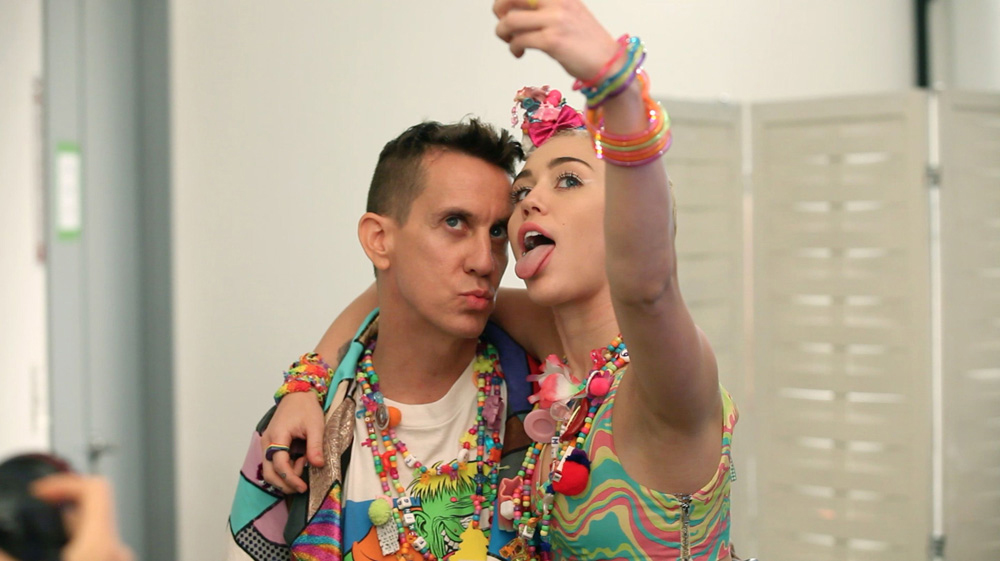 “Whether you actually like his comical, pop-cultural designs is no matter. You’re left rooting for Scott” – Fashionista

Initially rejected by many design schools, Scott was eventually accepted into New York’s Pratt Institute where he received a rigorous fashion education. With a solid degree, but few contacts, Scott took himself to Paris and after many knockbacks, including three attempts to intern at Jean Paul Gaultier, decided to go out alone, pulling together his first runway show in the early 1990s while still in Paris and on the smell of an oily (but well cut) rag. At that time, he was the only American designer working in Paris, exciting the French public who were bored with stuffy fashion presentations and dated styles. His rise to fame has gathered many followers, and now you can see his handprints at the TCL Chinese Theatre on Hollywood Boulevard.

Vlad Yudin is a Russian producer and director, known for Generation Iron (2013), Last Day of Summer (2009), and Big Pun: The Legacy (2008). Jeremy Scott: The People’s Designer is his most recent release.