MODA 360, an innovative exhibit of international art, fashion and film, will present a special event to benefit the Los Angeles Zoo and Botanical Gardens conservation program and celebrate the Zoo’s 50th anniversary August 1, 2017 at The New Mart in Downtown L.A. 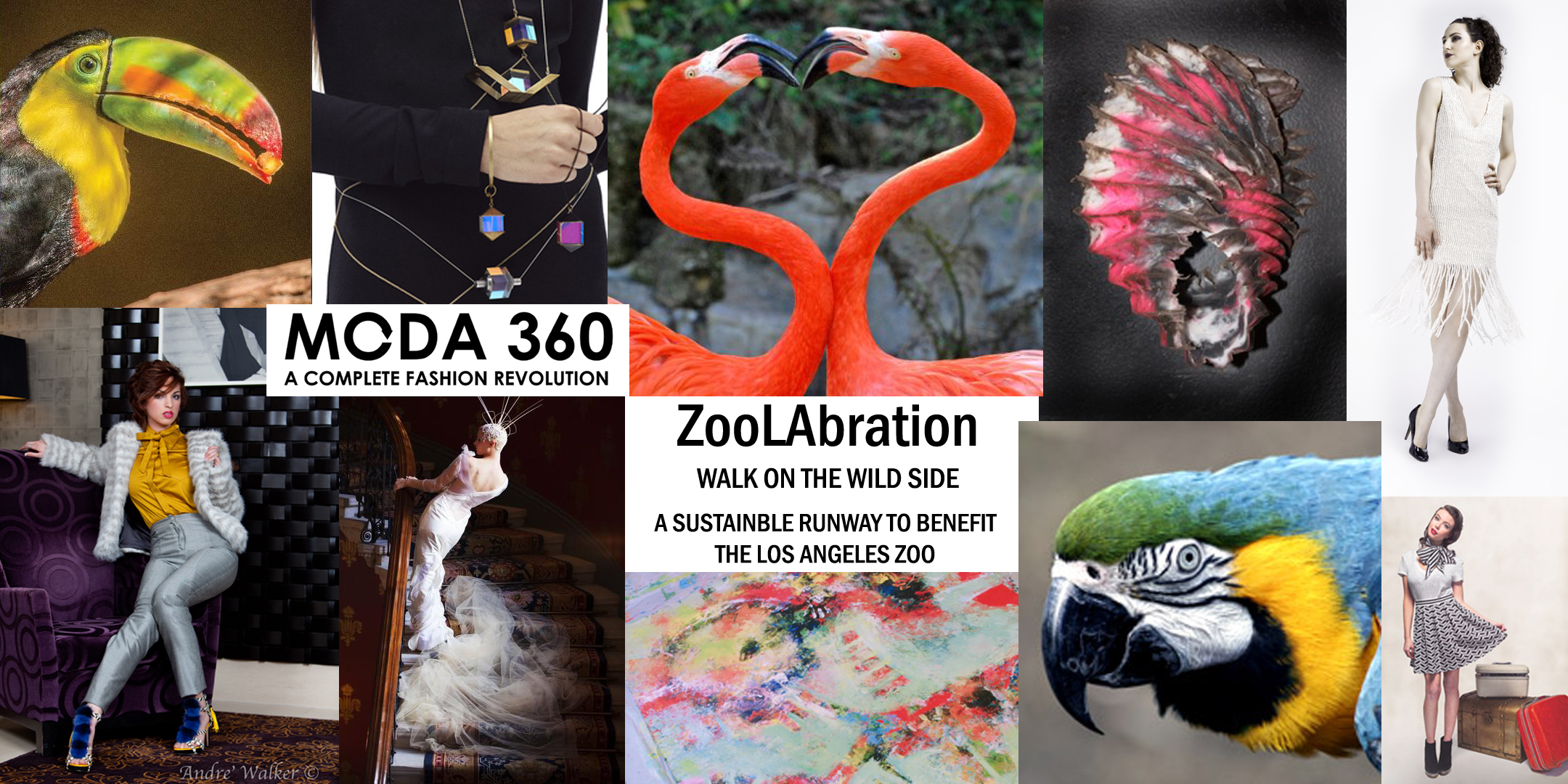 The event is open to press, professionals, buyers, with tickets available to the public for a donation to the Zoo (attending professionals are welcome to donate through a ticket purchase). 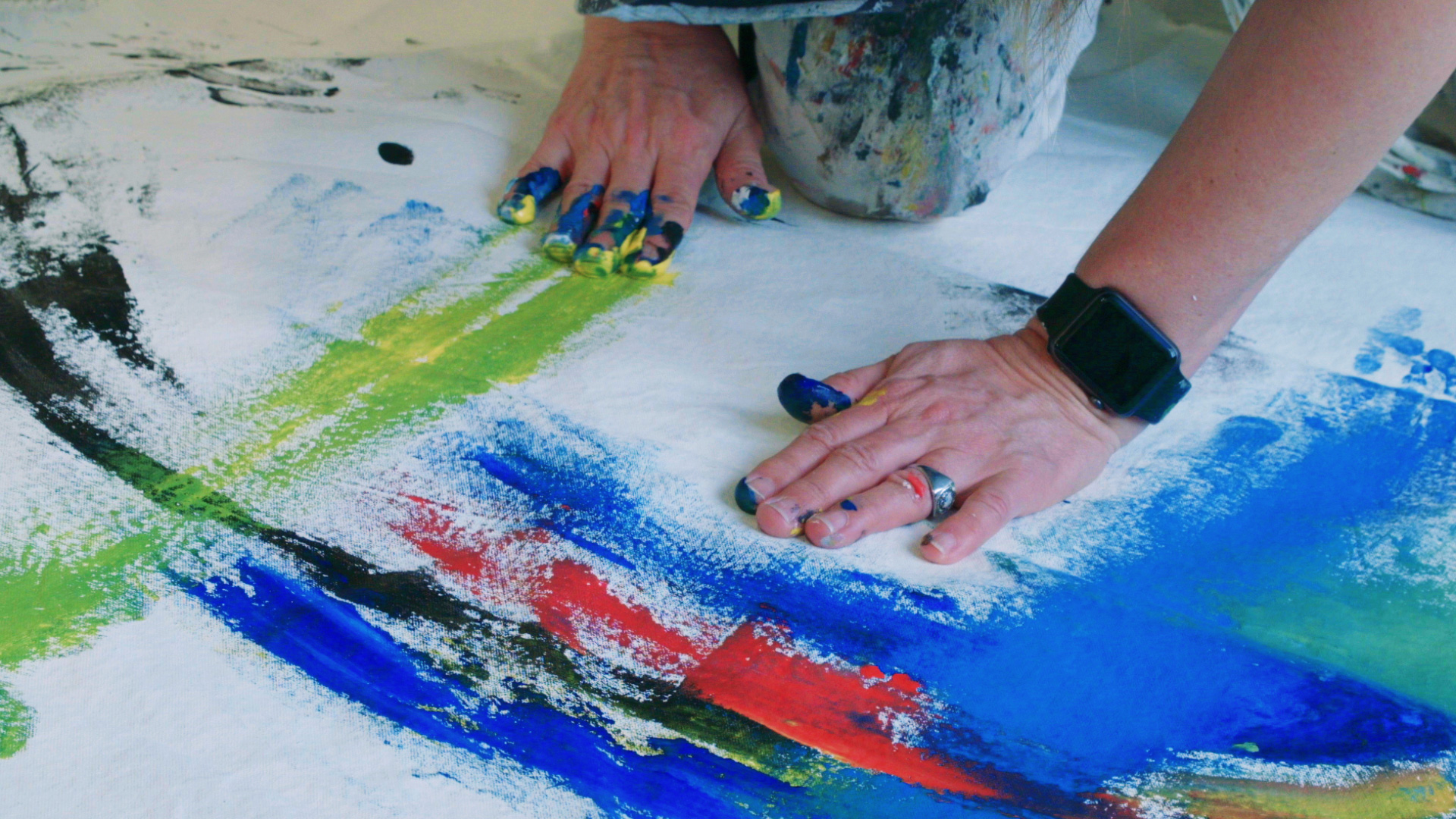 Moda 360 is a fusion of art, fashion and film, incorporating exhibits and live presentations and encouraging collaborations between the three creative industries. The 2017 edition of Moda 360 shines the spotlight on sustainability and the importance of preserving the habitats and inhabitants of our planet with special art and fashion exhibits and a sustainable runway show. The LA Zoo dedicates funds, expertise, and staff to a wide variety of conservation projects all over the globe, with a special focus on those that target wild counterparts of animals in their collection. While the reach is global, two of the greatest conservation successes have been local in nature: the California Condor Recovery Plan and the Peninsular Pronghorn Recovery Plan, both restoring populations of critically endangered animals to their native habitats.

Moda 360 will be a more intimate event this year to focus on the important issue of environmental stewardship and support the Zoo’s international programs. Preserving our environment has become even more critical today and it’s important to raise awareness and support organizations that do this important work.
– DEBORA POKALLUS, PRODUCER OF MODA 360

Moda 360 welcomes ethical designers from three continents to show that sustainability is vibrant and creative. Atelier Tammam is a London ethical and vegan couture collection whose designs have graced the red carpet at the BAFTA awards. Designer Lucy Tammam is a fierce advocate of sustainable fashion and has been a force in the ethical fashion movement for over a decade. Juan Pablo Martinez is a sustainable designer from Bogata, Colombia who began his career in the atelier of Christian LaCroix. His exquisite tailoring sets off the rock and roll edge of his collections. 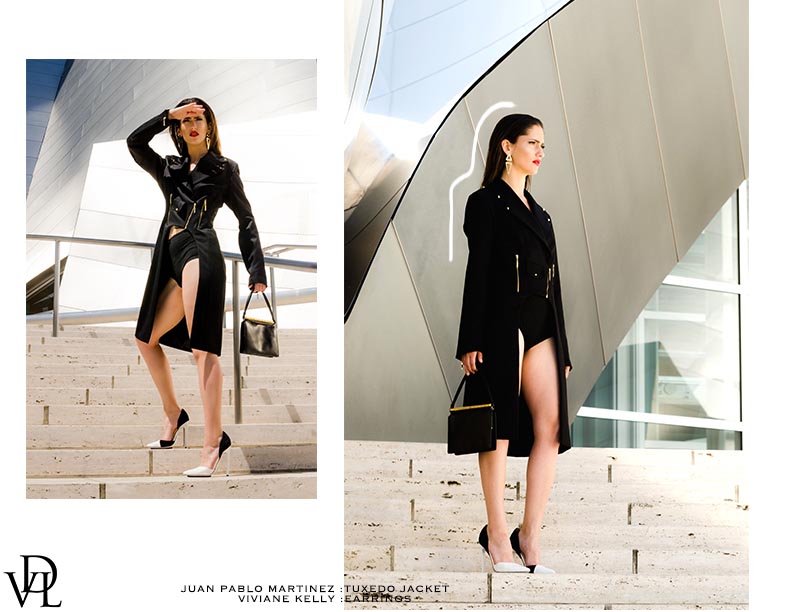 Juan Pablo Martinez will show his sustainable collection at Moda 360 to benefit the LA Zoo.

LA designer Deborah Lindquist is nationally known for her ethical innovation, recycling and repurposing materials such as parachute silk to create stunning fashion. These talented designers will hit the runway to support the LA Zoo and will be joined by talented artists and designers creating one of a kind surprises that reflect the animals, habitats and conservation programs the LA Zoo champions. A talented team of hair and makeup artists from TNT Agency will create looks with a touch of the jungle. Bel Essence the natural skincare and certified cruelty-free company, returns as sponsor of Moda 360 for this special event.

The Moda 360 offers a varied and entertaining program incorporating all three creative industries. In addition to fashion and art exhibits, Moda 360 will also screen fashion videos from international filmmakers, and premiere a video homage of LA fashion by Lucinda Luuvas. CE Jordan is a former model and professional storyteller who will share reflections from her modeling career in the 1970s, weaving anecdotes about the many personalities she encountered in her work: Karl Lagerfeld, Gianni Versace, Andy Warhol, Michaele Vollbracht, Bill Blass, Givenchy. She has entertained audiences throughout Los Angeles with her warmth and wit, offering a fascinating look at life during fashion’s heyday. 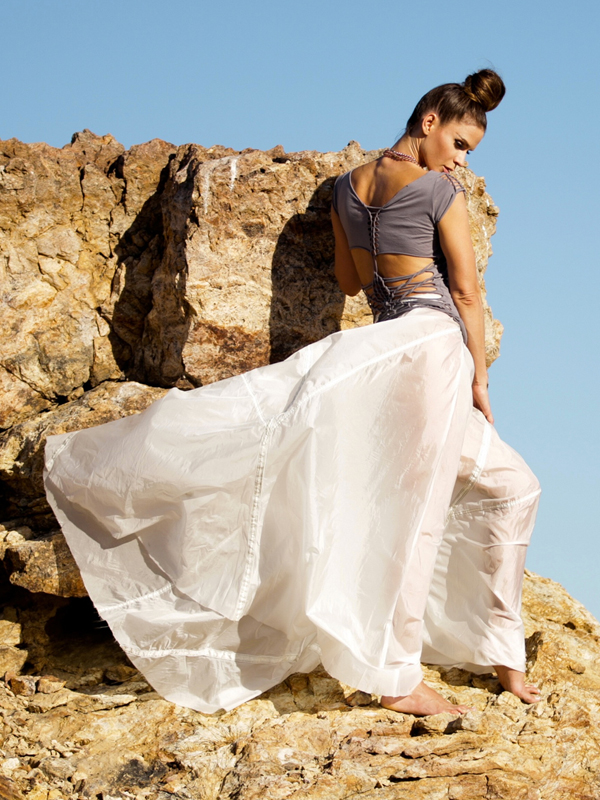 Deborah Lindquist will show her sustainable collection at Moda 360 to benefit the LA Zoo.

Moda 360 is thrilled to screen the short film “Strangers in a Book,” written by Pedram Navab and directed by Marc Rezvani. The film follows Sara, in actress Vida Ghaffari’s (The Mindy Project, Mind of Mencia) dramatic debut, a hip and melancholic Iranian-American who finds a misplaced book in a café. Intrigued by its contents, but unable to find the owner, she decides to interview the people in the notebook to decipher the identity of the mysterious man. The strangers whom she meets, considered the dregs of society, tell Sara stories about the enigmatic owner of the book, who is considered both diabolical and kind. In her relentless pursuit of the ultimate stranger, Sara is thus plunged into the horror of the unknown, where reality merges with art, and where existence itself is questioned. This film was screened this year in the prestigious Marché du Film at the Cannes Film Festival, and has also received 7 nominations at the prestigious FANtastic Film Festival in San Diego and won Best Guerrilla Film at the popular Action on Film (AOF) Festival in Monrovia, California and the noted Finow Film and Script Festival in Eberswalde, Germany. Lead actress and producer of the film, Vida Ghaffari, will introduce the screening. 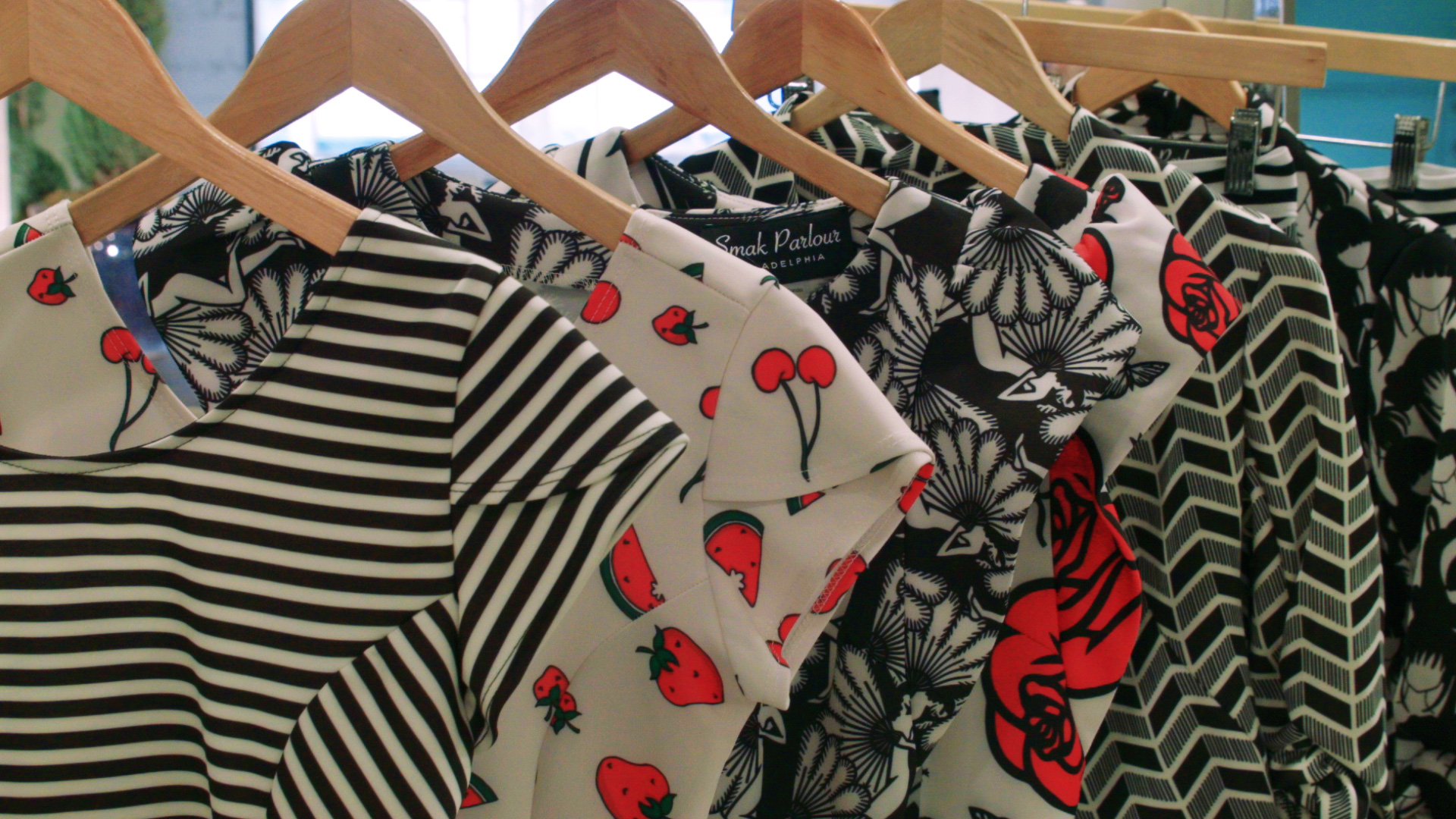 Moda 360 celebrates the innovation and creativity of designers and artists and welcomes exciting new innovations and ideas. Returning to Moda 360, Philadelphia designer Machele Nettles will show her latest Idol-Light collection of prism jewelry made from reclaimed optical glass. These sleek and modern designs refract light, making not just a fashion statement, but demonstrating the wonders of science. Machele is creating a special piece for the Zoo runway design challenge. 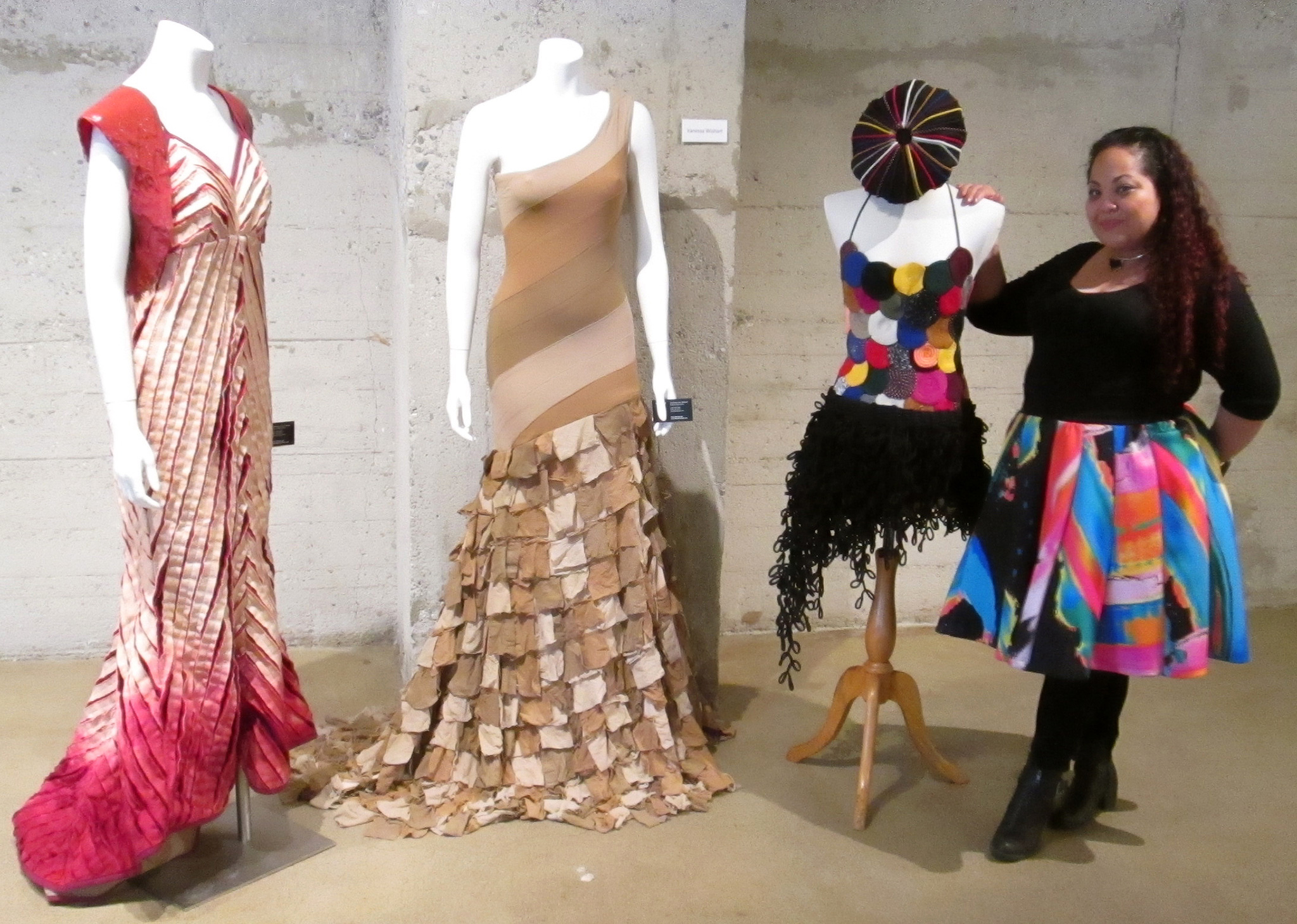 Vanessa Wishart from Toronto, Ontario, is a fashion artist, designer and costumer for theater, films and music tours. Internationally known for her ability to take the most banal items and transform it into wearable art, she creates fashion items from currency and is showing her latest Luut collection at Moda 360. Korβáta from Guatemala, are high-quality ethical fashion products handwoven by Guatemalan artisans. The bright, colorful ties and wallets reflect the culture and spirit of the native artisans. Moda 360 welcomes returning artist Andrea Bogdan who will again live paint during the event. 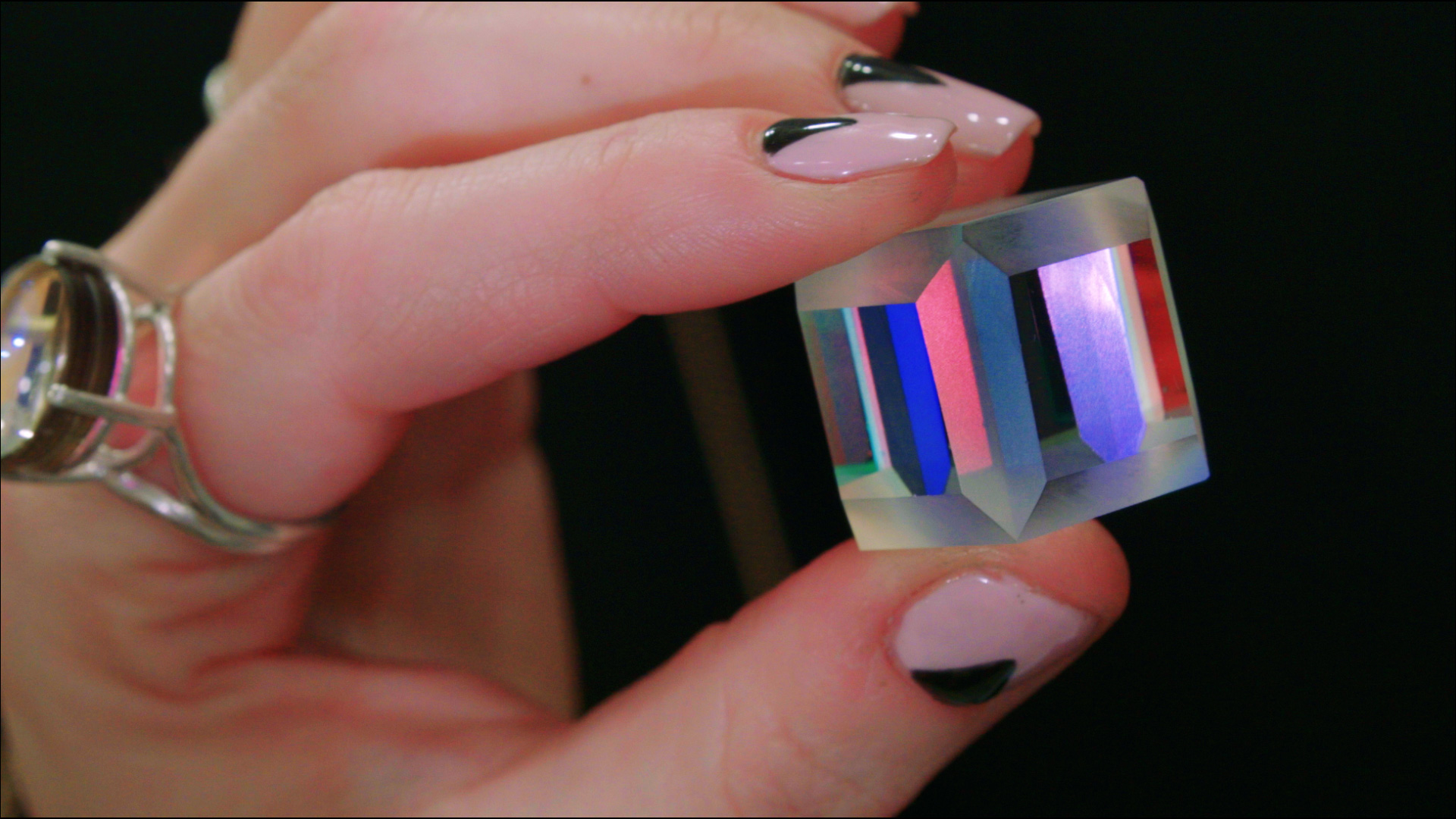 Andrea will debut an art and fashion collaboration on the runway to support the Zoo. The U.K. feminist art organization FiLiArt is organizing a special exhibition to make the statement that preserving our world is a feminist issue. Photographer Jenna Amaya also returns to Moda to show her expressive studies of exploration of human form and body art. Mark Campana joins fellow Philadelphian Machele Nettles showing his beautiful paintings of the historical architecture in his hometown. These creators will be joined by a growing roster of designers and artists. 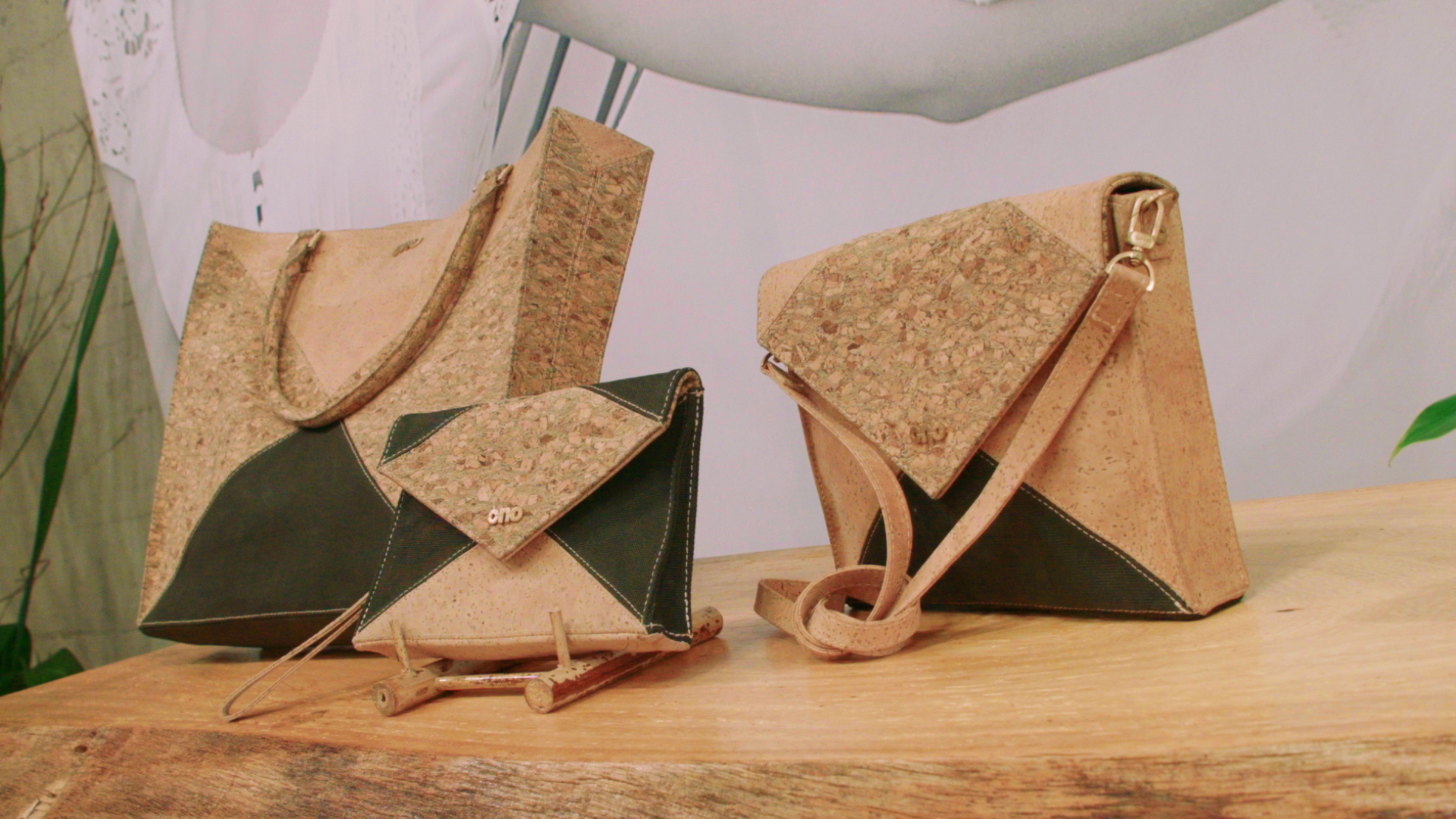 Moda 360 promises an eclectic and entertaining program representing three creative industries and presenting the ideas, inspiration, and ethics that drive the independent artist, designer and filmmaker forward in their work. Moda 360 shows the best of contemporary creation, and gives a look behind the art to show the contribution these talented exhibitors offer the commercial and cultural market. 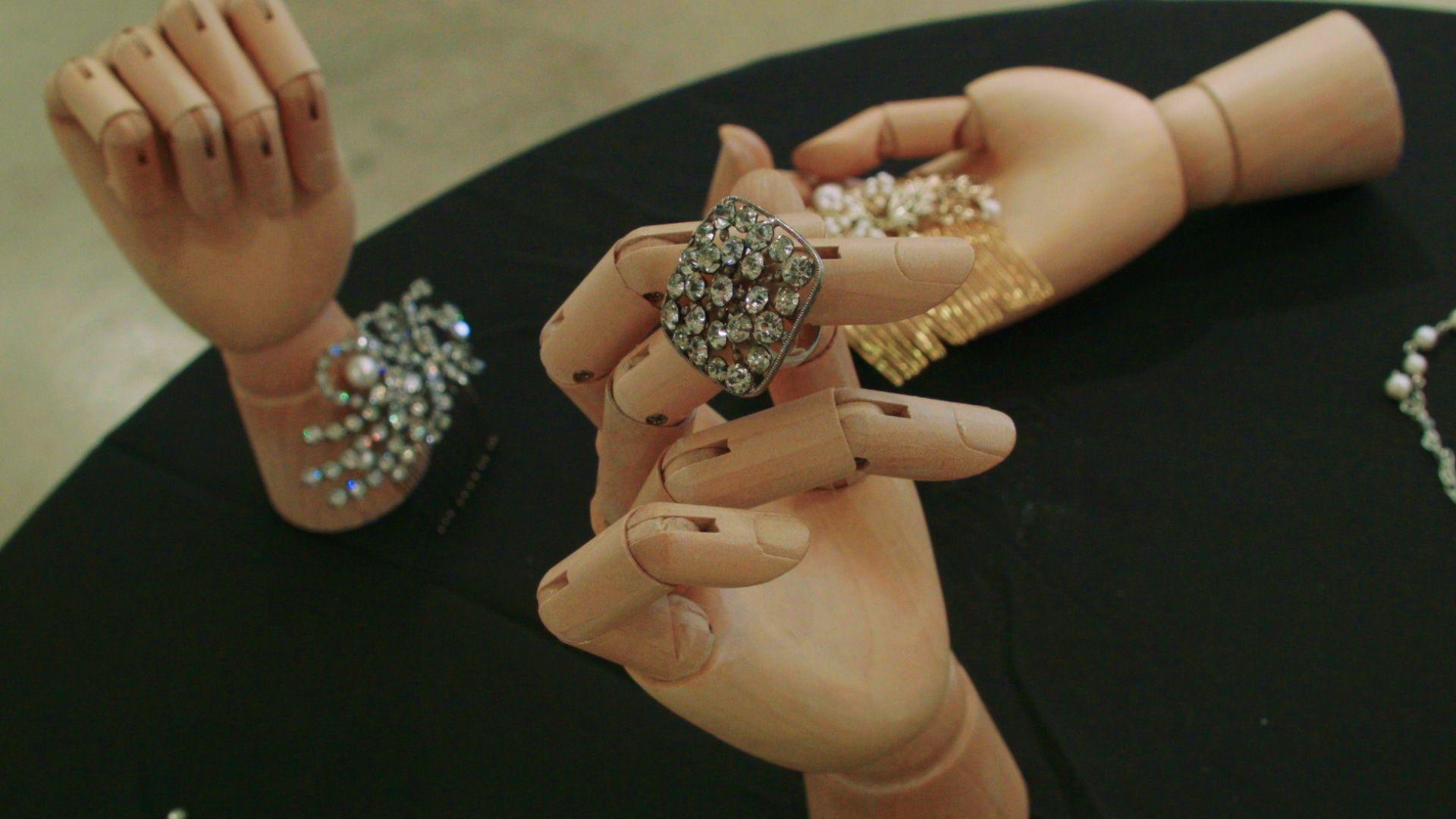 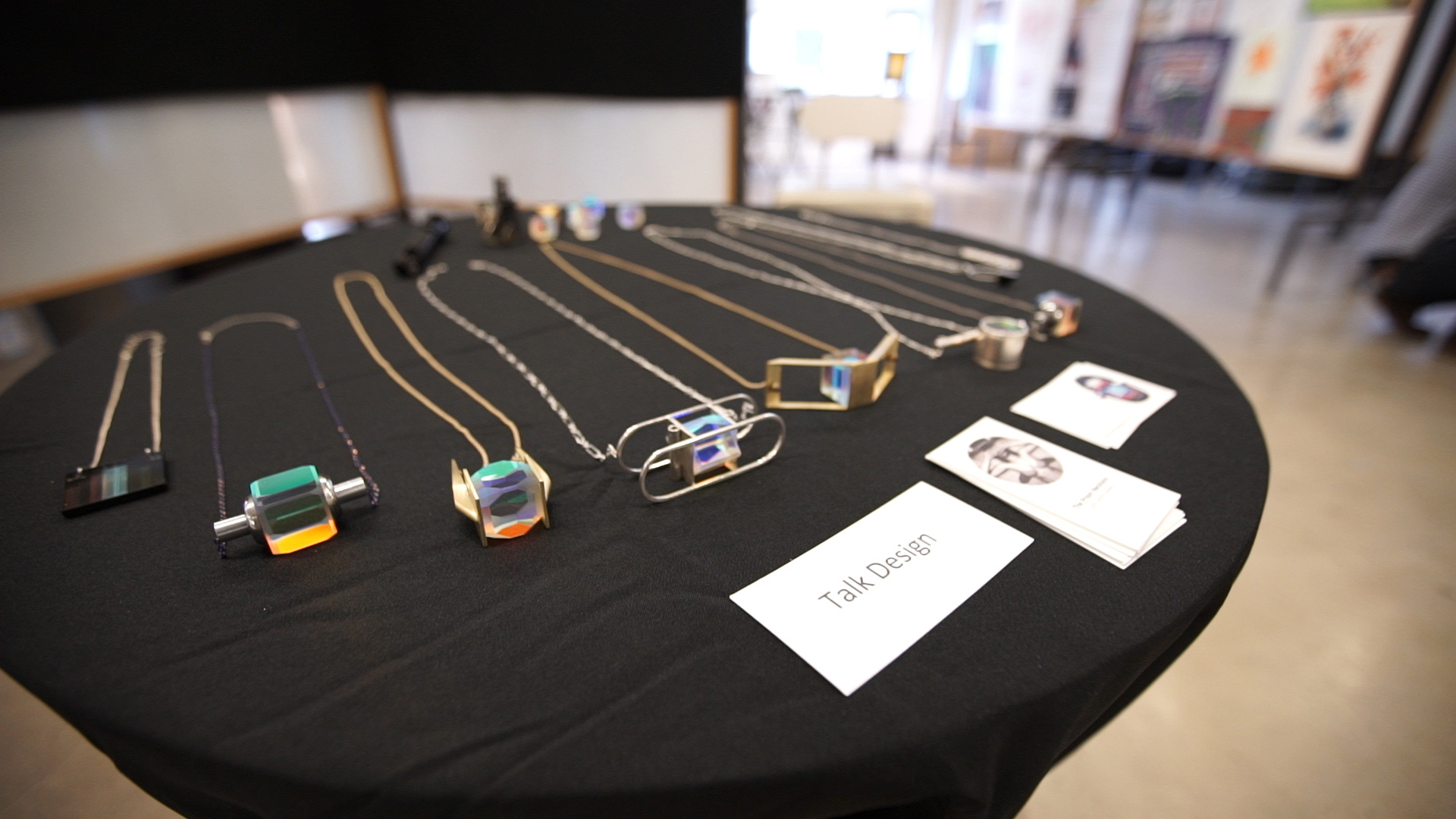 All images courtesy of Moda 360

About Bel Esprit
The Bel Esprit Showroom showcases international designers of ethical fashion, and the sister showroom, Showroom International, presents the collections of international independent designers. The showrooms offer 30 years of industry experience identifying and assisting the needs of both designers and retailers to facilitate a strong business relationship, and partner with international fashion industry organizations and events to give independent designers maximum exposure. Bel Esprit promotes ethical principles through education to designers, retailers and consumers, and through a number of global initiatives works to create and develop more ethical resources for the fashion industry. Learn more at www.BelEsprit.net

About the New Mart
The New Mart Building, a registered Los Angeles historical landmark located in the center of Downtown LA’s fashion district, is home to 100+ showrooms representing hundreds of top lines. With both high profile and cutting edge showrooms, The New Mart is the most sought-after venue for wholesale fashion buyers from around the world. Learn more at www.newmart.net

About Bel Essence
Bel Essence is a natural skincare collection based on a simple idea: give skin the nutrition it needs to heal, regenerate and rejuvenate itself. Bel Essence combines natural and organic oils that are the richest sources of vitamins, antioxidants, omega 3’s and fatty acids, the essential components for healthy, youthful skin. Bel Essence gives skin what nature intended and selects and combines oils with beneficial properties to maximize results without harmful chemicals and colorings. Natural oils, known for their skin health benefits, are combined to treat and nourish skin giving both instant improvement and long-term transformation. Learn more at www.belessence.com