On November 3-5, 2015, the fourteenth edition of MarediModa, the excellence underwear and beachwear exhibition, will be held at Palais des Festivals, on the famous Cannes Croisette and will feature the starring 2017 textile and accessories collections. More than one hundred companies will exhibit at the fair, all of them strictly European, along with a top-level delegation of fast-fashion garment makers from the Euro-Mediterranean area which are going to offer a qualified alternative to the more exotic and quite often less reliable productions. 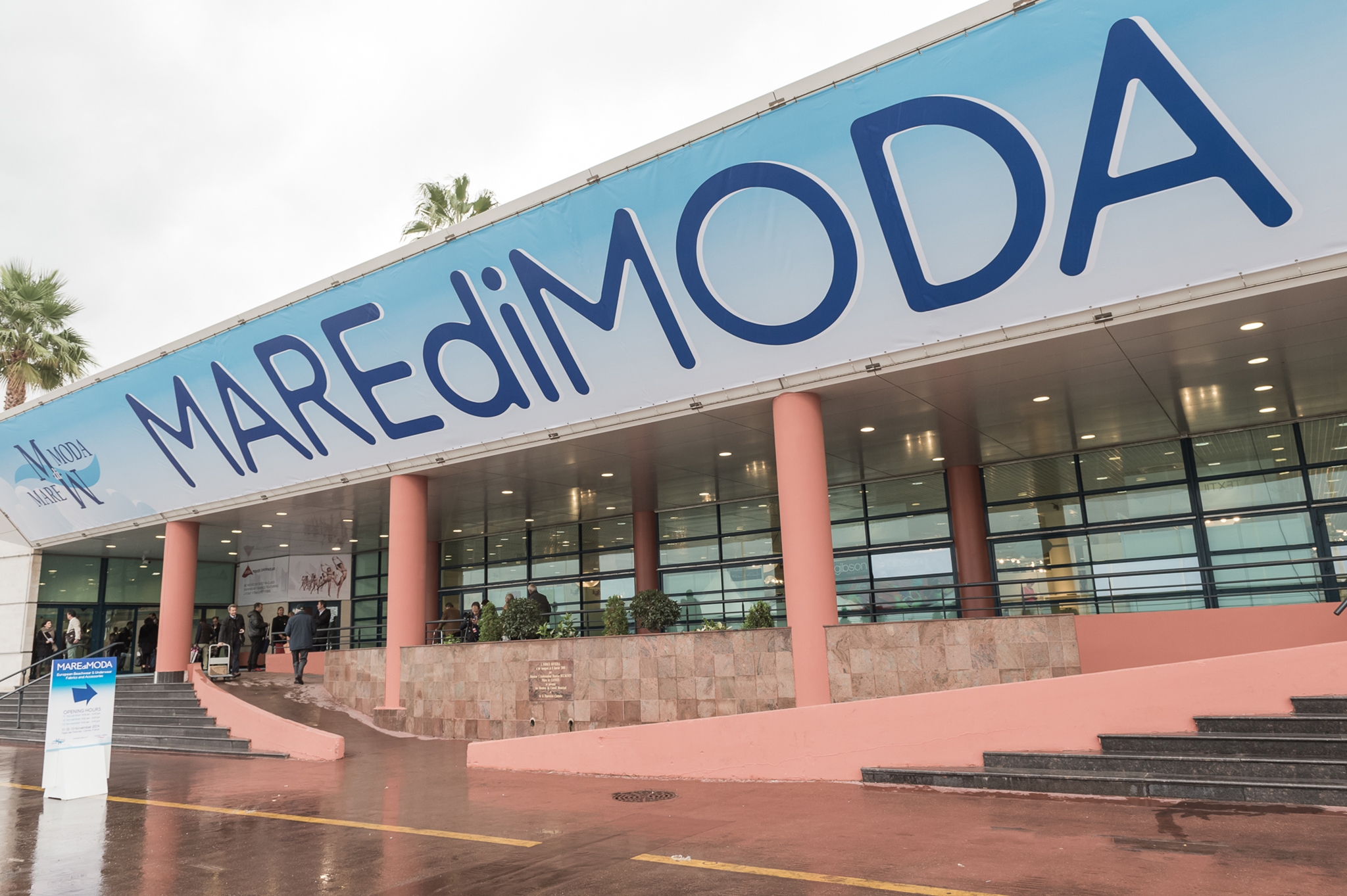 MarediModa has got the credit of having long debated the re-shoring issue in the beachwear and underwear sectors, i.e. the decision to go back to Europe or at least the Euro-Mediterranean area for production. MarediModa has been able to support and enhance the European textiles of Controlled Designation of Origin over the last fourteen years, even at difficult times. Indeed, if you are looking for European quality and creativity, you cannot help visiting the fair.

“We are ready to show our cards – says Marco Borioli, President of MarediModa – indeed, the next edition will be going to be richer in contents and services for our visitors. I am talking about those well-conceived essential instruments that will be made available for our visitors in the full awareness of the important role played by our exhibition. In the meantime, the new structure of the fair is what makes it new and impressive: a partially changed configuration due to the bigger exhibiting surface. At such a time when all trade-fairs in the textile sector suffer a decrease in both the number of exhibitors and the total exhibiting surface, we have been able to grow up and include leading companies. Another very unique change has been the new arrangement of the trends area (READ MORE), managed by MarediModa, designed and curated by an extraordinary team made up of WGSN, IED (European Institute of Design) and David Shah, under the coordination of the Fair Management. We are very proud of our work performed in the definition and presentation of trends by involving a global partner, a worldwide known “futurologist” and an international network such as IED with their best teachers and students. Finally, the extremely comprehensive conference schedule will include an amazing speech by our David Shah: “Does Sex Sell Anymore?” which will involve and enchant the participants for sure.”

MarediModa has increased its range of collections even more by standing out as the sole exhibition in the top-of-the-range beachwear and underwear textiles and accessories. INVISTA, the leading company in the fashion textile innovation, will be performing its marketing action and communication in Cannes this year too with the LYCRA® XTRA LIFE™ brand referred to the beachwear premium fibre.

‘THE LINK’, THE MAREDIMODA SCOUTING CONTEST

The 2015 edition of THE LINK, the talent scouting contest organized and promoted by MarediModa, has reached its climax. This year too, the most qualified European fashion design schools have been granted the opportunity to participate.

“Once again the projects of this edition – says Marco Borioli, President of MarediModa – have been amazing for their creativity and design by featuring high-level prototypes for their original artistic concept and cutting-edge spirit. Again, THE LINK is turning out to be a quite significant event, a very precious meeting between the talent designers from the most famous fashion schools and the very fashion world that matters. Not only will these young designers have a great chance here in Cannes but at a second stage they will also enjoy a training course and a catwalk dedicated to the Mare d’Amare fair in Florence in July 2016”

Selecting the finalists has not been easy, especially considering the high level of the works performed. Eight girls (four for beachwear and four for underwear) have been selected by the technical jury and will be entitled to a booth in Cannes, a professional photo-shooting by MOD STUDIO, a fashion catwalk and will also compete for winning the 2015 edition. They will also be granted the opportunity to take part in the week of creativity: “common”, scheduled in Como on September 28th – October 2nd, along with a selection of students from all over Europe.

We are happy in recalling that THE LINK has already been a chance in the past for many young designers to succeed in the world of beachwear and underwear and they still love remembering their being first introduced in this sector by MarediModa.

Here are the names of the 2015 finalists: