Missoni, who has been collaborating with Bolon since 2012, has chosen to use Bolon by Missoni flooring in the current Missoni Home Pop-Up Store at Isetan in Tokyo

Shoppers will be treated to an exciting, unexpected interior design experience with Bolon products playing their part in creating this, until October 3rd, 2017. 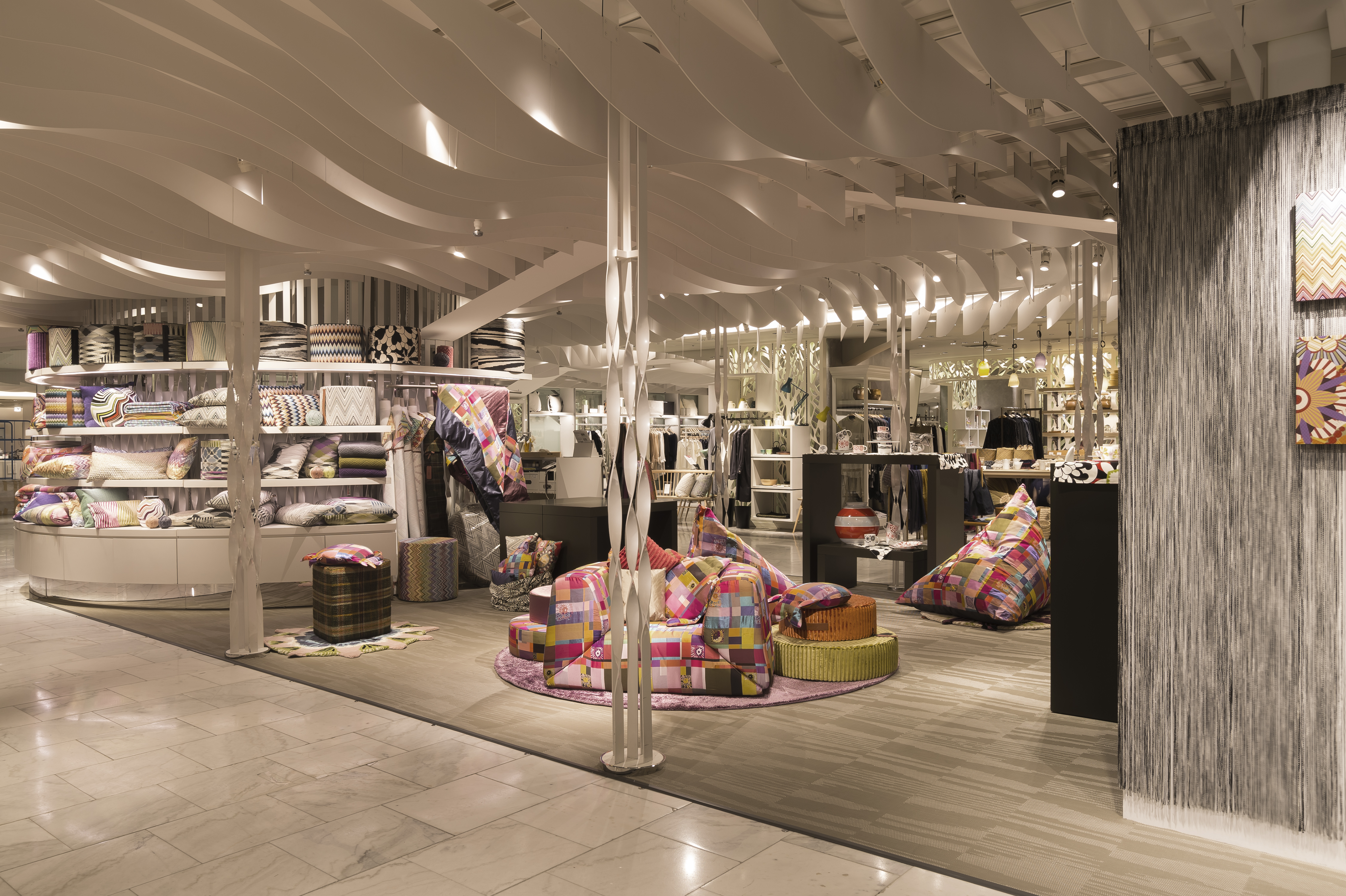 The Missoni Home Pop-Up Store can be found on the 5th floor of the Isetan Department Store in the heart of Tokyo’s trendy Shinjuku district. Isetan is a Tokyo icon, as important to the city’s retail landscape as Harrods is to London or Barneys to New York City.

The Pop-Up Store itself features iconic, fringed columns and panels. Soft furnishings include Missoni Home poufs and other pieces upholstered with limited edition Missoni Home fabrics especially for Isetan. To set a visually captivating backdrop for this, Missoni chose to use 60m2 of Flame Stone flooring from our Bolon By Missoni collection – a choice that harmonises beautifully with the other design elements in the store. 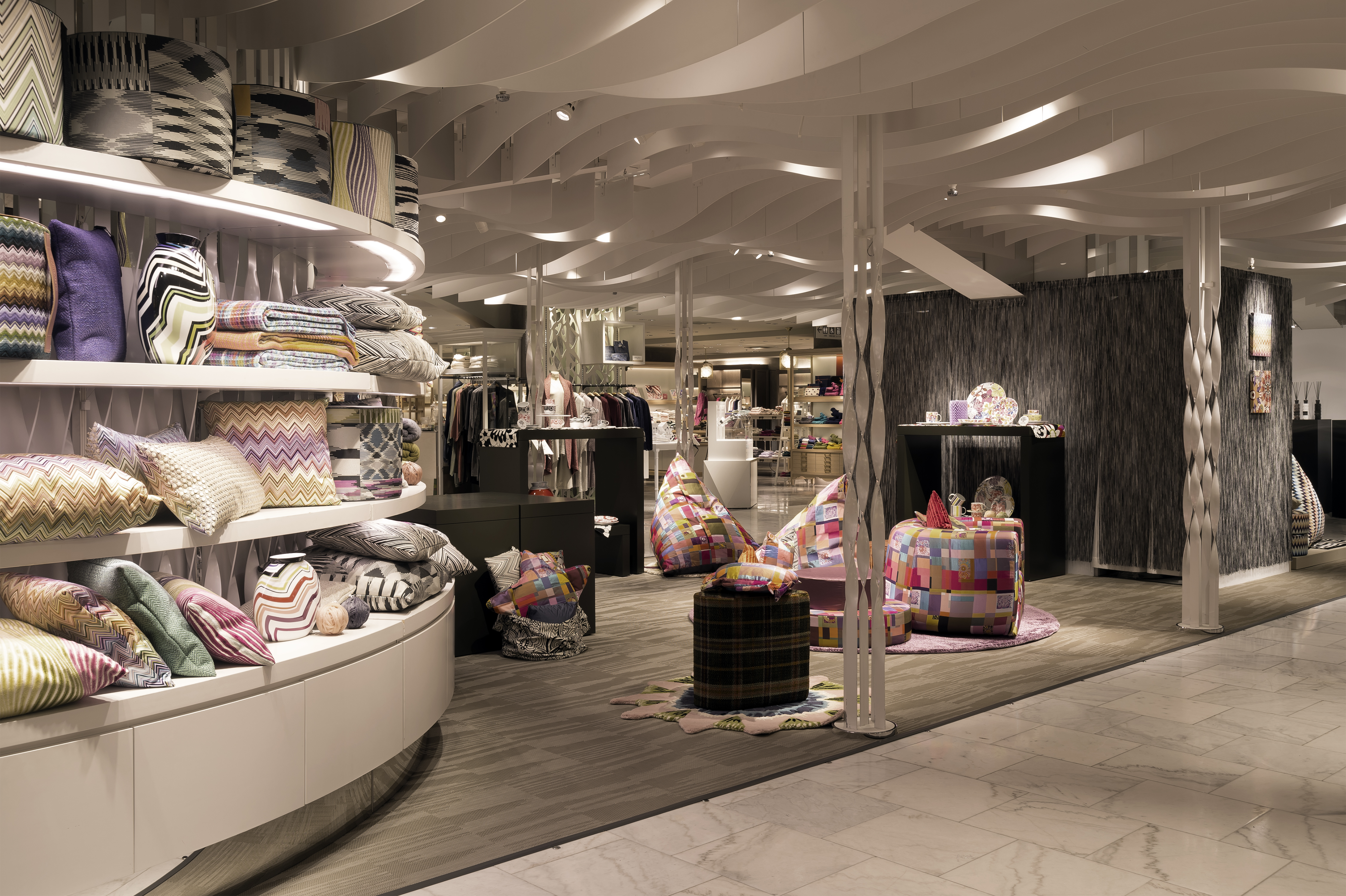 Bolon and Missoni have a long history of collaboration. The two design houses are at opposite ends of Europe but very much on the same page in terms of passion and creativity. First launched in 2012, The Bolon by Missoni collection was an expression of Missoni’s expertise with intricate patterns fused with Bolon’s ability to work with fine threads. Taking design cues from Missoni’s classic patterns – including the signature Zigzag – and highlighting warm, passionate colors, the collection exudes joy and confidence. The depth of character this creates makes it ideal for interior projects with ambitions to stand out from the crowd – like the Tokyo Pop-Up Store, for example. 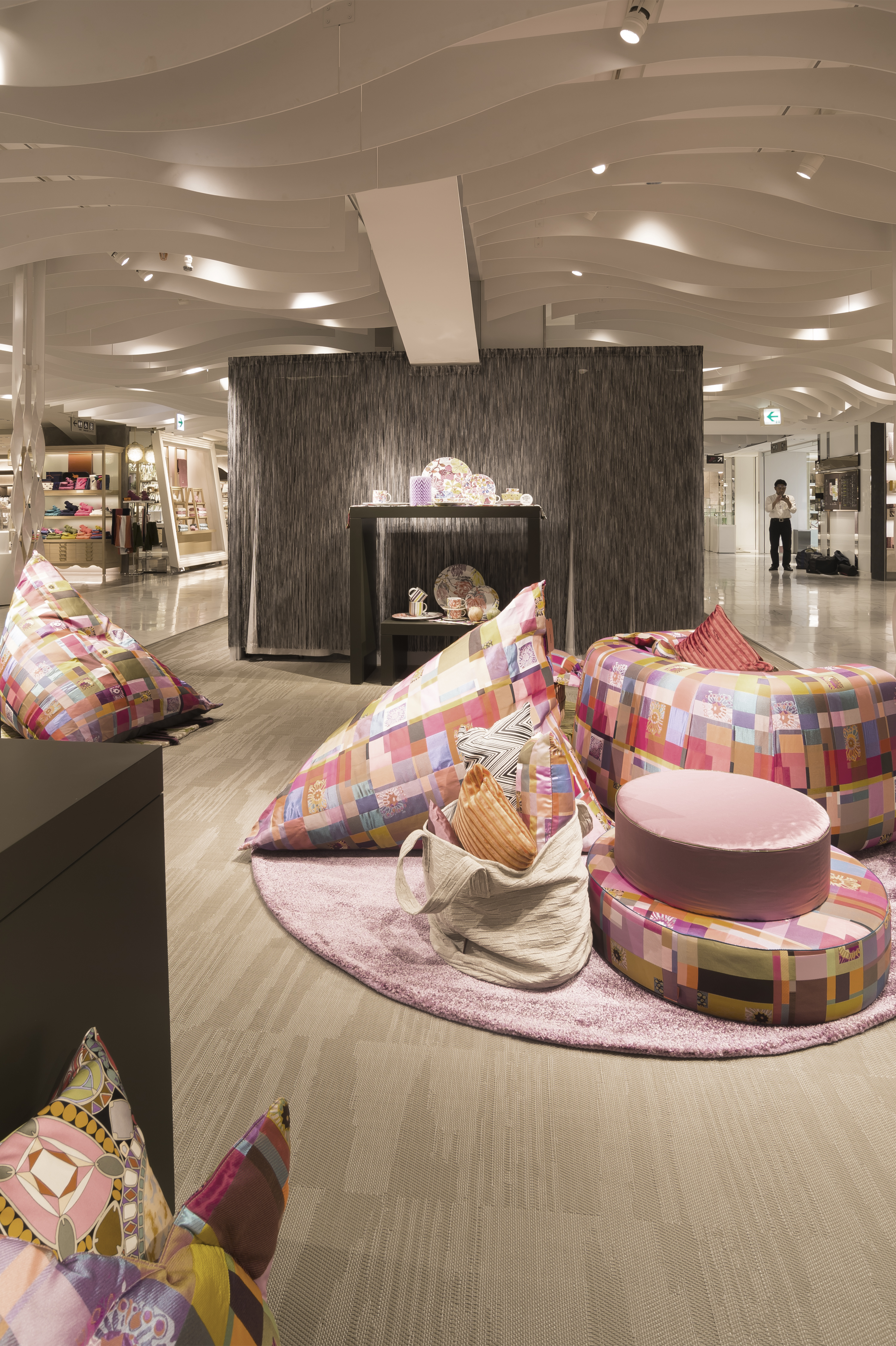 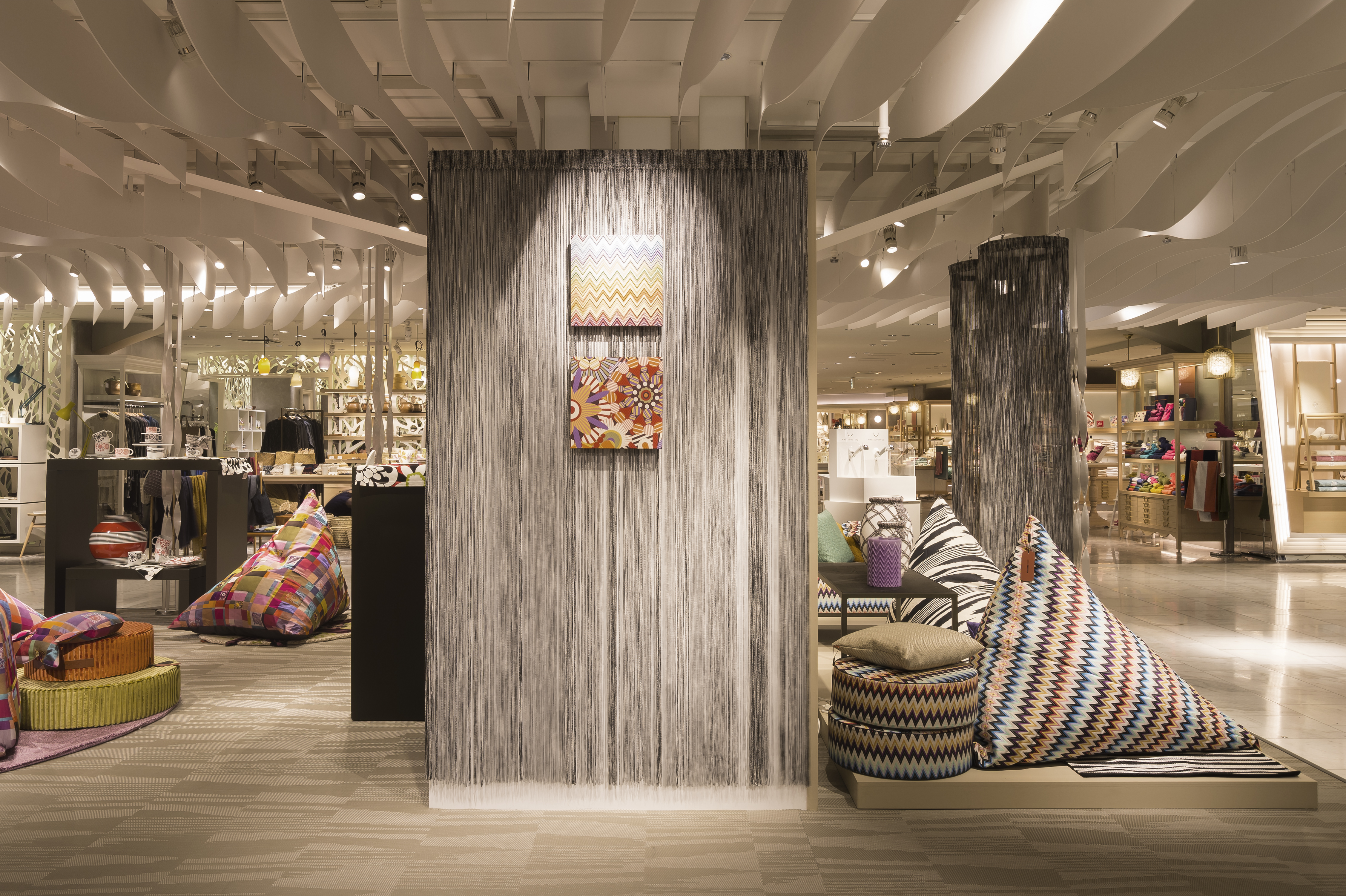 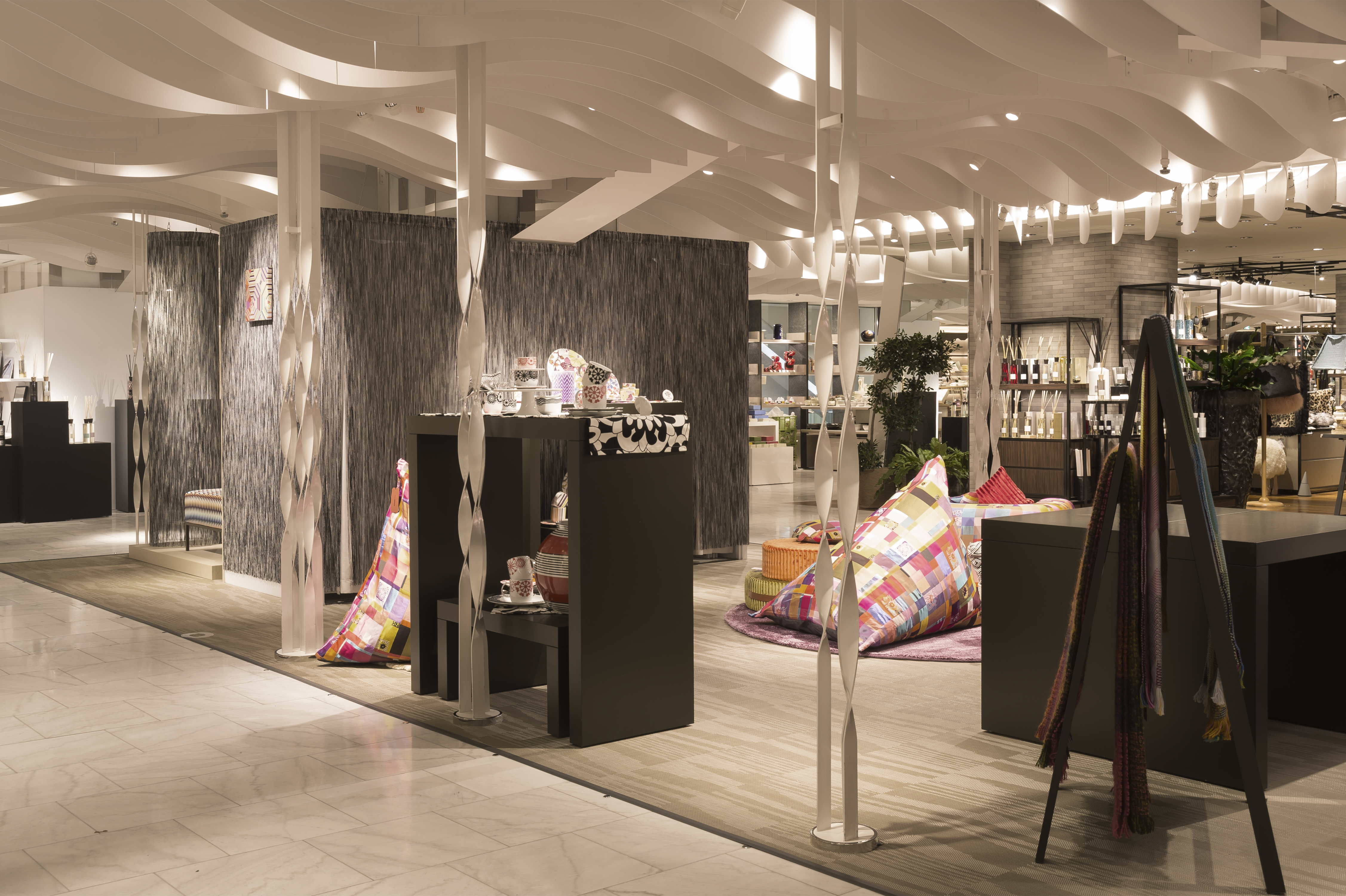 Bolon is a Swedish design company that makes innovative flooring solutions for public spaces. It is a third-generation family business run by sisters Annica and Marie Eklund. Under their leadership, Bolon has transformed from a traditional weaving mill into an international design brand with clients such as Armani, Google, Four Seasons Hotels, Chanel, Adidas, Apple and Missoni Home. With a strong commitment to sustainability, Bolon designs and manufactures all its products at a facility in Ulricehamn in Sweden. The company is recognised worldwide for its award-winning flooring and its collaborations with some of the world’s most acclaimed innovators and creatives.

All images courtesy of Bolon.

© 2004 - 2022 Fashion Trendsetter. All Rights Reserved.
Back to top
We use cookies and other tracking technologies to improve your browsing experience, show personalized content and targeted ads. By continuing to use this site you agree to our privacy policy and our use of cookies.OKPrivacy policy